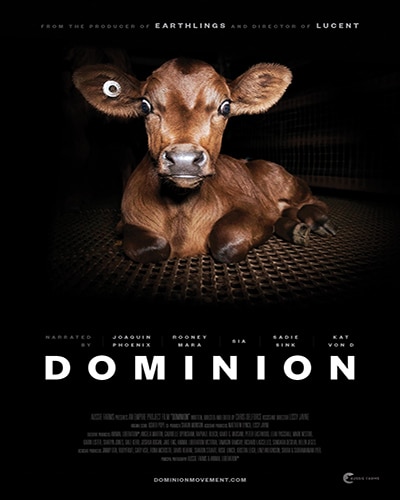 Dominion is the feature-length documentary sequel to 2014’s Lucent.

While Lucent focused mostly on the Australian pig farming industry, Dominion has a much broader scope as a comprehensive account of the numerous ways animals are used and abused in Australia. By exploring six primary facets of our interaction with animals – Companion Animals, Wildlife, Scientific Research, Entertainment, Clothing, and Food – the film questions the morality and validity of our dominion over the animal kingdom.

Drawing heavily from the Aussie Farms Repository so as to contain the most recent, highest-quality footage from across the country, Dominion also makes use of emerging technologies, such as aerial drones, to capture new perspectives and examine the wider context of animal exploitation upon our landscape and within our society.

Dominion was produced and directed by Chris Delforce. Find out more about the film at dominionmovement.com.

“In the age of fake news, corporate propaganda and repression of dissent, bringing truth to the public has become a democratic obligation. Something that none of us can afford to ignore is the plight of animals exploited for human benefit. Not only is the suffering inflicted on them deeply immoral, but the human-animal binary relegates fellow humans to an inferior status. (The Trump administration’s use of the word “animals” in vilifying migrant populations is just one example.) The anti-oppression work being created by conscientious people has become a beacon of hope for our society. And this is why the new documentary Dominion is so important.” – Laika Magazine. How Dominion Documentary Challenges Animal Exploitation: An Interview with Director Chris Delforce. 30 May 2018