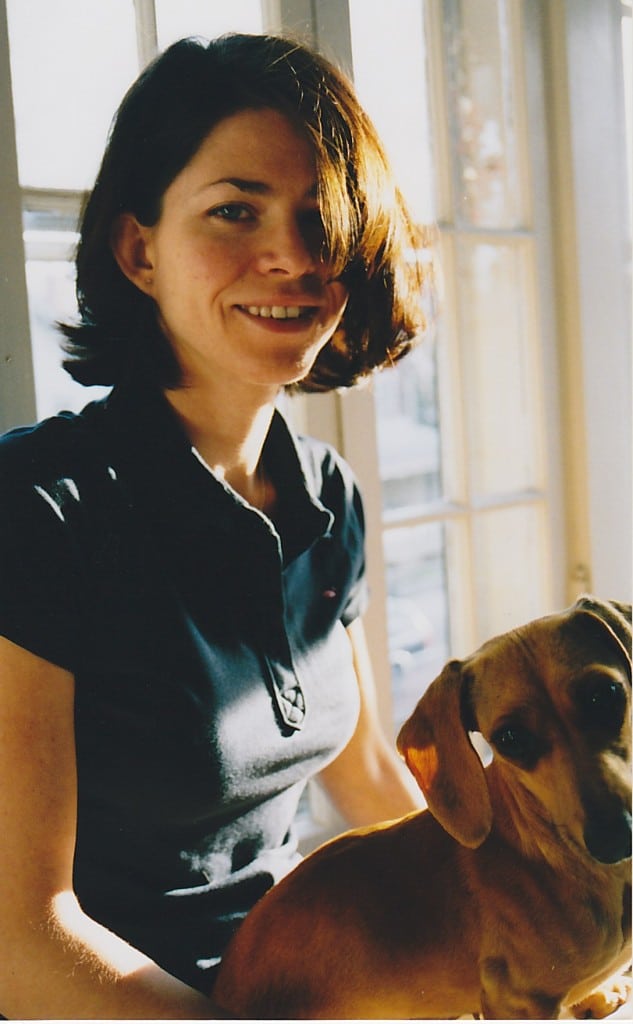 From the moment we saw each other we had a special bond.  It was as if she had always been a part of my life, and I a part of hers.  I was her human, she was my co-pilot- my soul-dog- my very best friend.  Life for the next 8 years was good.

Then one day, Olli got sick.  After more than five emergency vet visits, three different vet doctors (at three separate vet offices), and two exams by two different specialists, Olli was diagnosed with acute renal failure.  Now in grave condition, Olli was hospitalized under the care of an internal specialist.  She remained there for a week.

During that week she had 24-hour care and more medical treatments than I care to list out.  She had an IV pumping fluids through her body continuously in hopes that the toxins built up in her body would be flushed out.  Both of her legs were shaved (to alternate her IVs), along with her chest and neck (for various testing).  And through it all, my little girl was a trooper.

She never snapped at a hands with needles, she didn’t bark at other dogs.  She didn’t complain at the every hour checks, or at the techs who came in to clean her if she had an accident.  Instead, Olli handled herself with grace- offering little licks of encouragement to her vet techs and doctors.  She was, from what I was told, the perfect dog patient.

Olli did not respond to treatment as hoped, still, she was released from the hospital.  She was sent home with IVs and fluids, a bag of medications, and care instructions longer than most novels.  Having to administer IV fluids to her (read: stick a needle under her skin) brought new meaning to the word stress.  Still, I was grateful for every moment we had.  I did not leave her side.  Sadly however, five days after she came home things turned from bad to worse.

On February 3, 2012 Olli passed from this life.  It’s only been a few weeks, it still seems so surreal to me- I can’t believe she’s gone.  I sat down to write this post not really knowing what I was going to say.  It’s hard to find the right words to say how much someone meant to you- how do you explain limitless love?  Put simply, Olli and I spent every possible minute together from the moment we met until the day we said goodbye.

And even though I know it will get better with time, life seems a little lonelier without her here.

Life is hitting my house hard these days, one of my cats has taken a turn for the worse and is currently seriously ill. 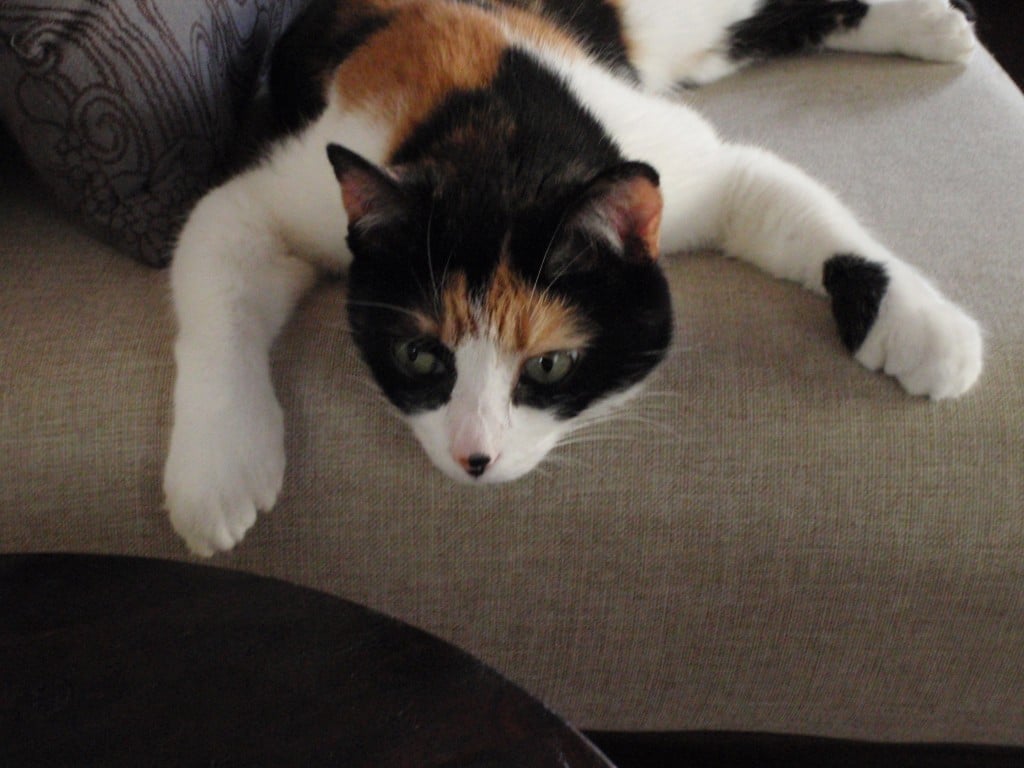 Lakini is a polydactyl, she has extra toes on each paw.  We first met in Kansas fourteen years ago and she’s traveled with me to every state I’ve lived since.  Lakini is the cat that sleeps in my hair at night, she’s the one who sits on the side of the tub when I take a bath, and she’s the one who is always sitting right behind me no matter where I’m sitting.  She’s my soul-cat like Olli was my soul-dog.

Recently, Lakini had lost quite a bit of weight.  She’s had a few tests at this point: bloodwork, physical exam, and x-rays.  All three of her liver levels are highly elevated.  The x-ray shows problems with her liver and stomach, but more tests are needed to determine exactly what is going on.  She has an appointment with an internal specialist (the same one who treated Olli incidentally) for an ultrasound.  I’ve been advised that it could be cancer. I’m crossing my fingers it’s not.

Olli’s illness and Lakini’s sickness has left me financially challenged.  At this time I owe more than $5,500 in veterinary bills, with more charges to come.  I am now asking for your support.   I am selling tshirts and such to help raise money.  Perhaps you’d like to buy one?  They’re pretty cool, there’s several designs- plus, I’ll add more regularly.  I will also be donating a portion of proceeds to charities that care for the lives of animals.  Each month, 10% of the proceeds will be donated to one charity- with a new charity selected every month.  Please head on over to the YDV Souvenir Shop and buy a shirt (or two).

Every action counts, I’ve always thought,- no matter the size.  In that spirit, I’ve also opened a FundRazr account for direct donations.  If you are able, please consider making a small donation.  The cost of a latte perhaps?  Every donation, large or small, helps.  I am humbled that you would consider donating, I appreciate it more than I can say.  All of the donations will go directly to pay for Olli and Lakini’s medical expenses. Thank You for your thoughtful consideration.

Give
Finally, I didn’t want to get you here just to ask you for money.
[Seriously though, buy a shirt?]  I also wanted to say Thank You.  So many of you have emailed me, tweeted me, or sent me mail when Olli passed- I’ve read every single one.  I am so touched by the affection and support that you’ve shown me.  I’m so blessed and your compassion was/is the bright spot in a very crappy situation.  I love the vegan community, and I want to give back to you what you’ve given to me.

As a show of my gratitude and to thank you for your general awesomeness, YDV is going to be doing a series of giveaways.  I’m calling it our Gratitude Giveaways.  I’ve had some amazing folks step up and donate a vegan product or service for some lucky winners to enjoy, lucky you ;)

Just for the record, you do not have to donate anything or buy anything to enter any of the giveaways.  You don’t have to do anything more than enter.  If you aren’t able to purchase a shirt or donate I understand.  I do ask this, please consider helping in other ways like sharing it on facebook, twitter, or pinning your favorite tshirt design.  I can’t do this without your help.

If you’ve read this whole post you deserve a vegan cookie, seriously- thank you.  Now head on over to Gratitude Giveaway and enter for some awesome vegan stuff.