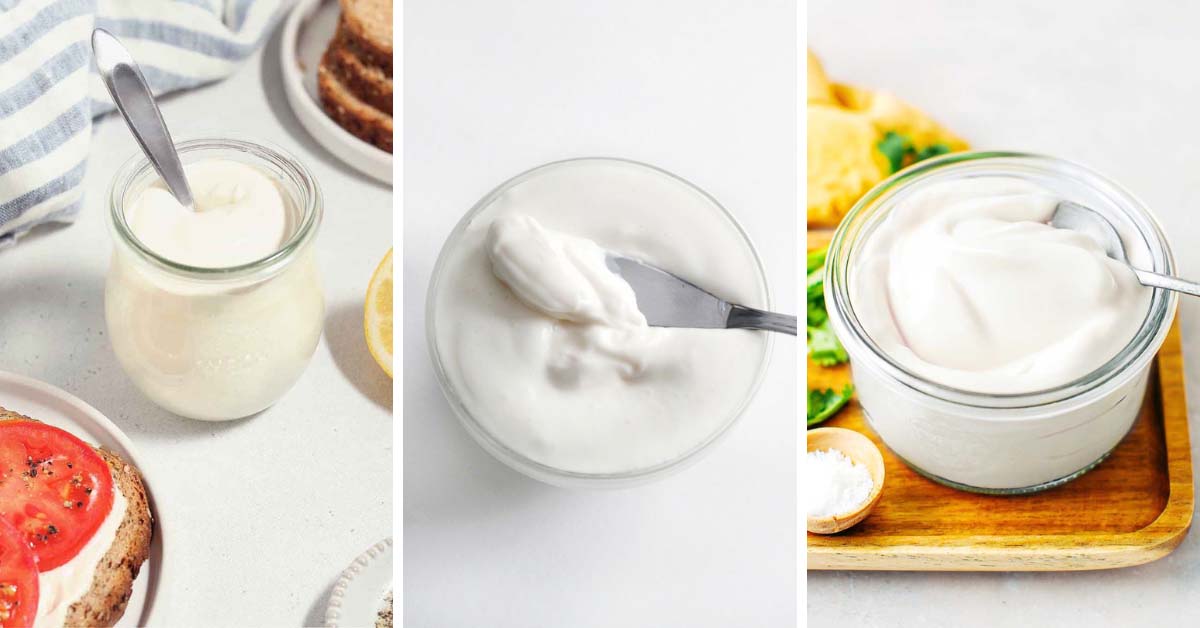 It’s critical in creamy dishes like potato salad, macaroni salad, and coleslaw. Mayo makes a terrific sandwich spread and is perfect for dipping french fries. From sauces to dressings to adding just the right amount of creaminess, mayo is incredibly versatile.

Luckily, getting a dairy-free version of that creamy taste you love has never been easier. This guide will introduce you to them and give you everything you need to know.

First, we'll go shopping. I'll tell you all the brands to look for at the store. Next, we'll be in the kitchen with a bunch of vegan recipes to inspire you.

It's all things mayo. Let's go. 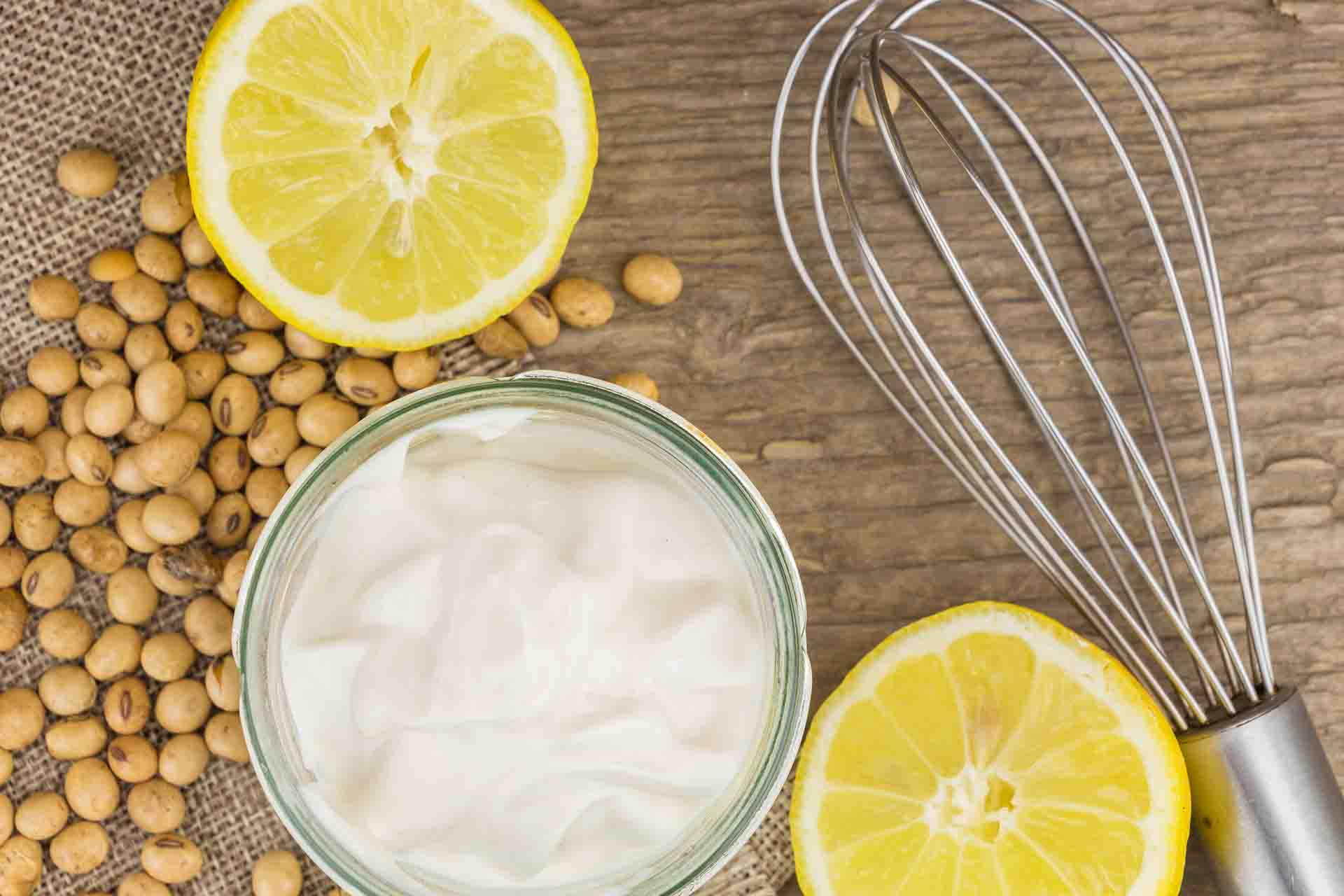 Plant mayo sitting on a table with soybeans, lemons, and a whisk / Source

Can you eat mayo if you're vegan?

Vegans avoid mayonnaise because it contains eggs. Luckily, there are plenty of eggless choices. According to United States law, products labeled 'mayonnaise' must contain egg yolks. For this reason, vegan products have "mayo" on the label instead. Some brands will also use the word 'vegan.' Others won't.

Generally speaking, you'll be able to spot vegan versions of mayo in well-stocked grocery stores. These days even big box stores like Target and Walmart stock them.

Like egg-based mayonnaise, you'll find vegan options at stores in two different spots; the refrigerated section and the middle aisles.

Check the refrigerated section with the other perishable mayonnaise products because many stores stock vegan versions next to non-vegan ones. Look for a dedicated vegan section if you don't see any there.

You'll have more choices in the middle aisles alongside other shelf-stable versions.

Here are a few vegan brands.

I decided not to link to it because of their frivolous, almost lawsuit and behind-the-scenes conspiracy to thwart the success of "vegan mayonnaise" made by Just, formerly Hampton Creek Foods. Which we can agree is not cool.

Having options is vital if veganism is going to go mainstream. I love that companies are taking notice and creating more vegan products. And if I was stranded on a desert island and the only vegan choice was Hellman's, I would eat it.

But, if I were at a grocery store where other choices are available, I'd choose a different brand. 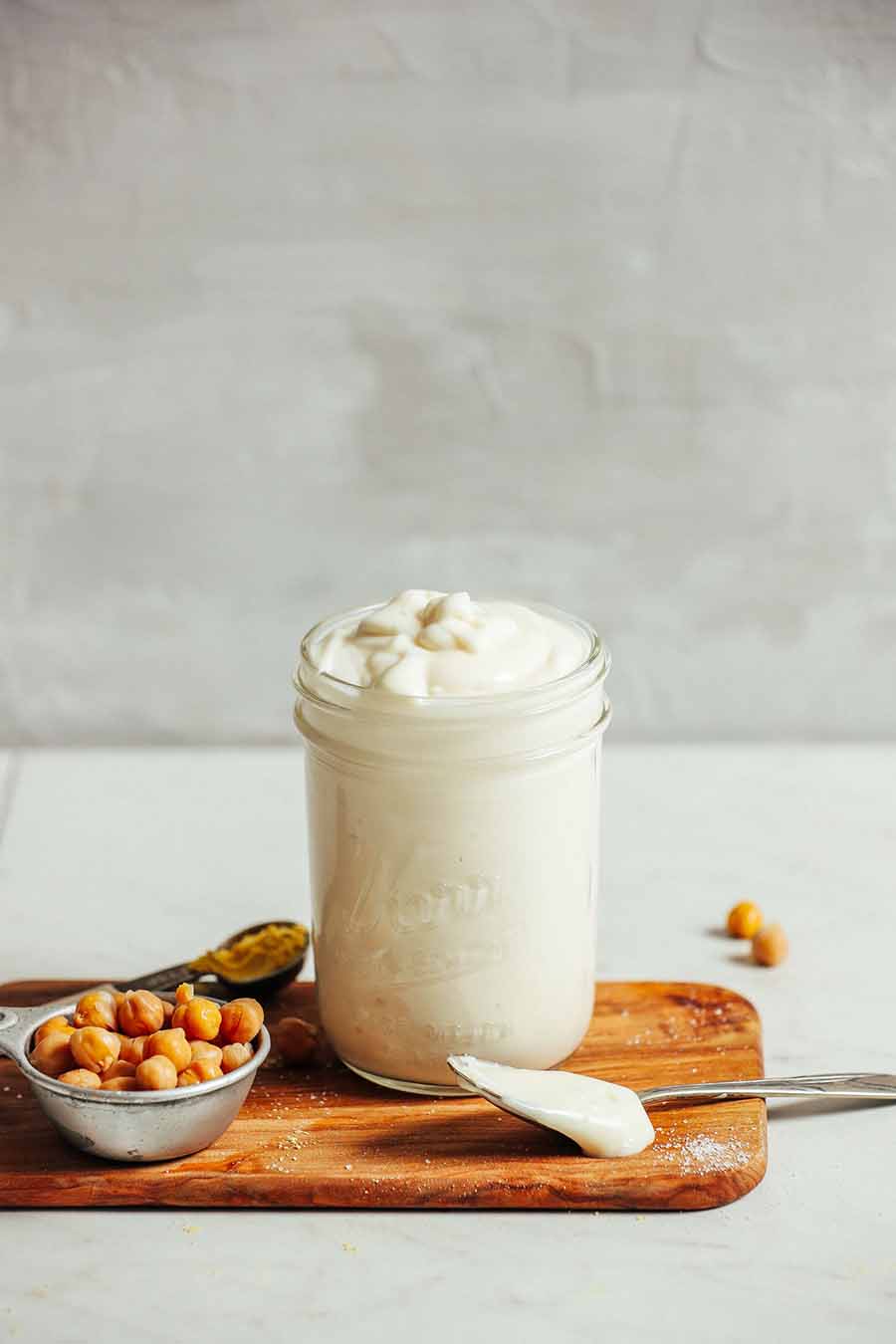 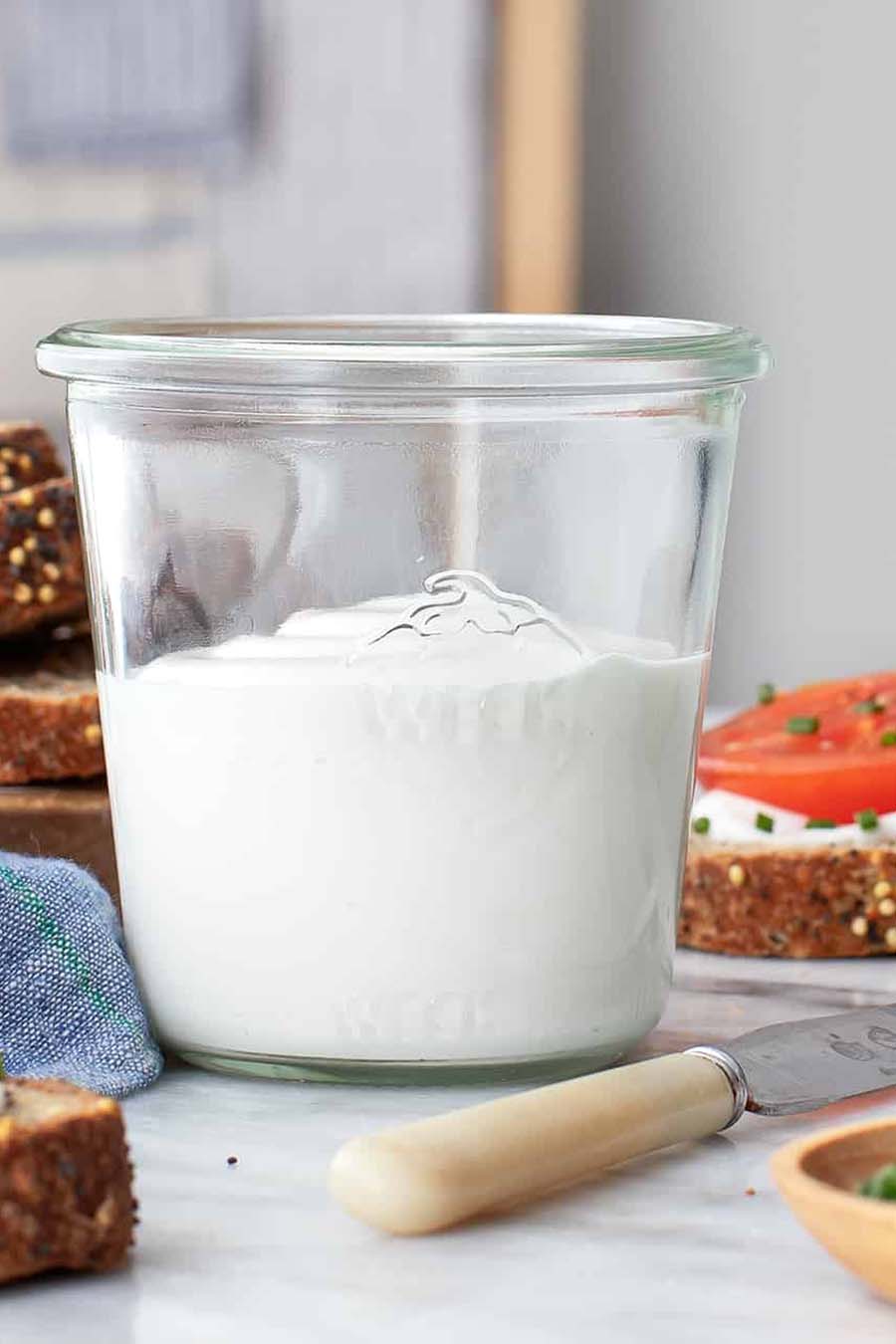 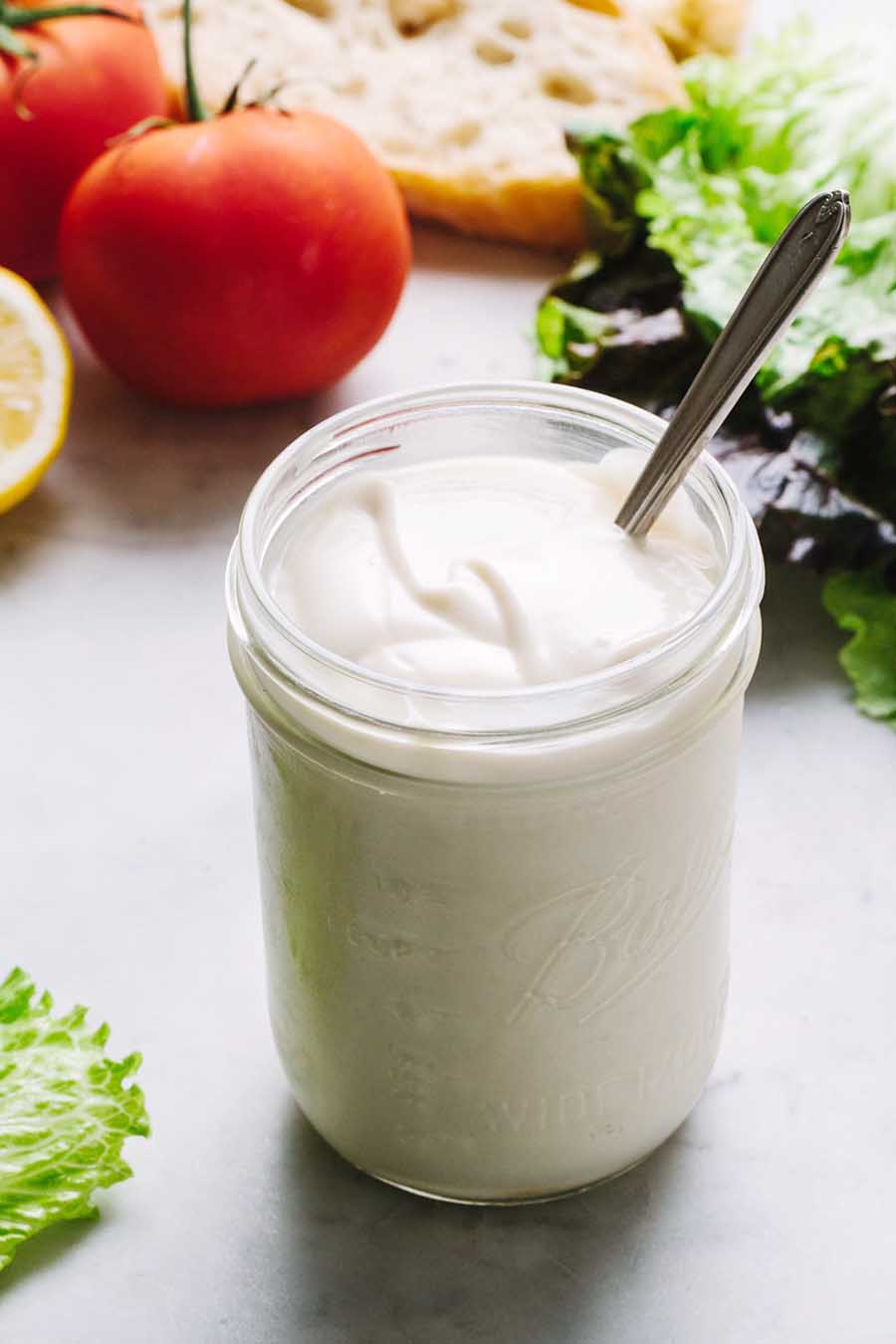 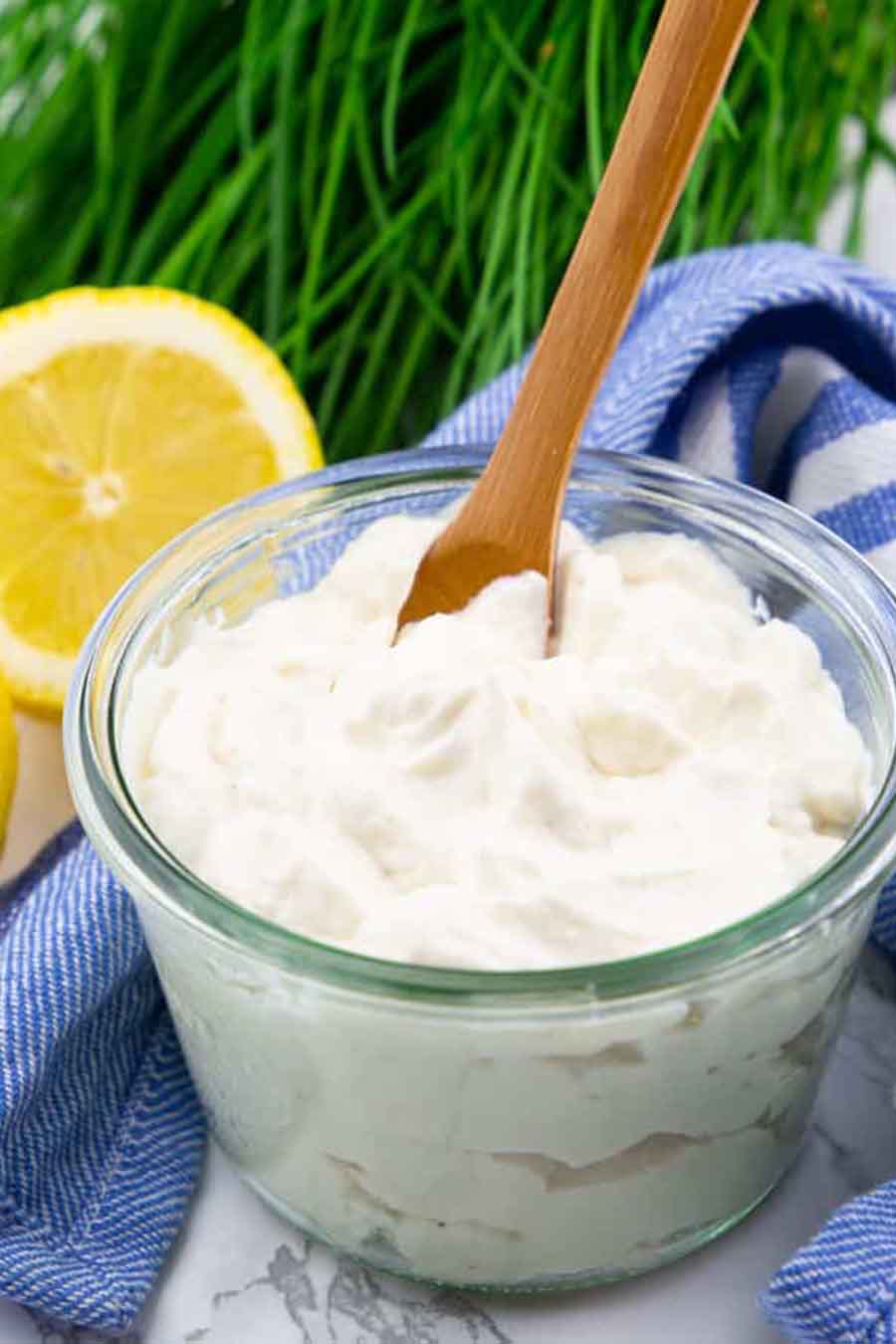 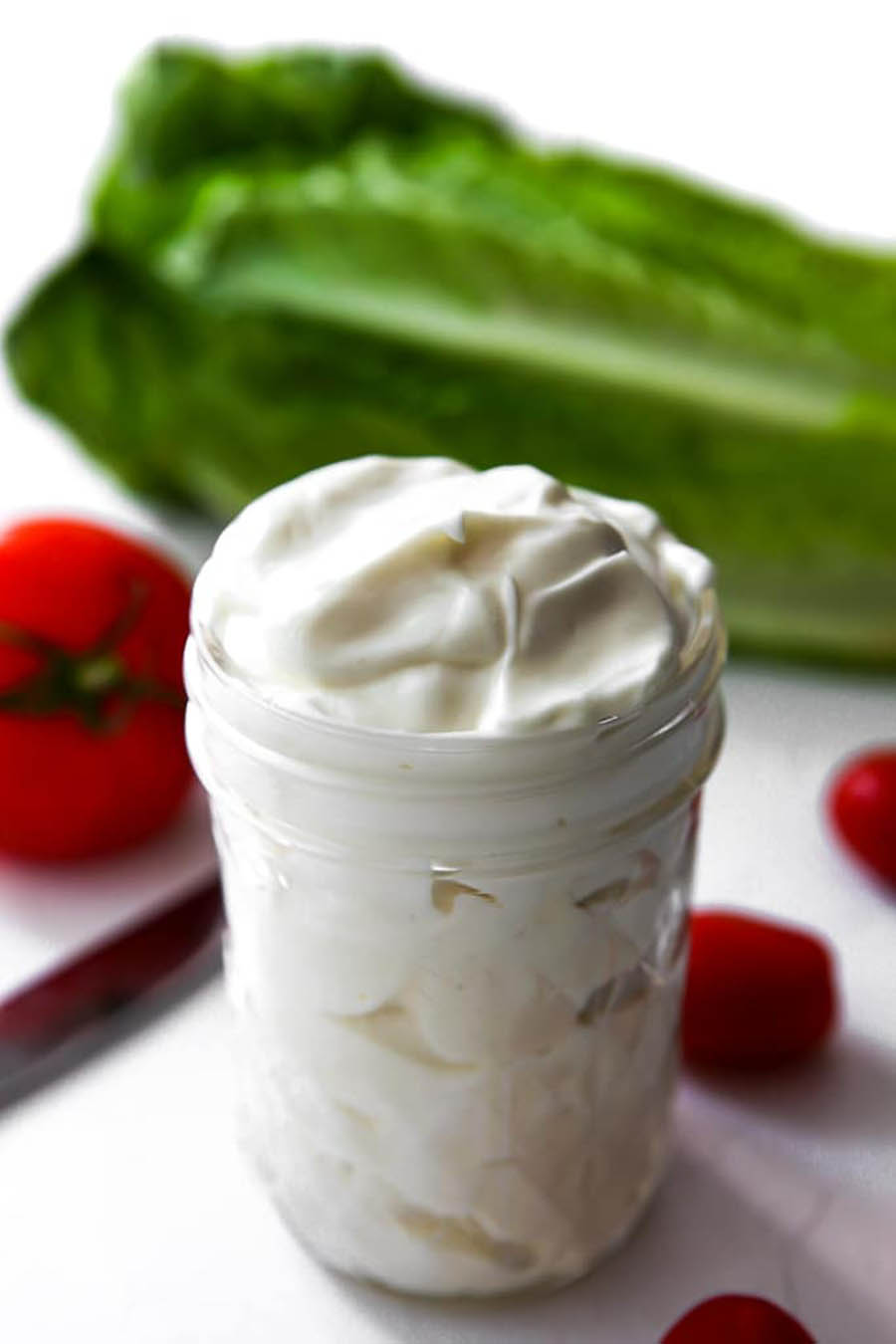 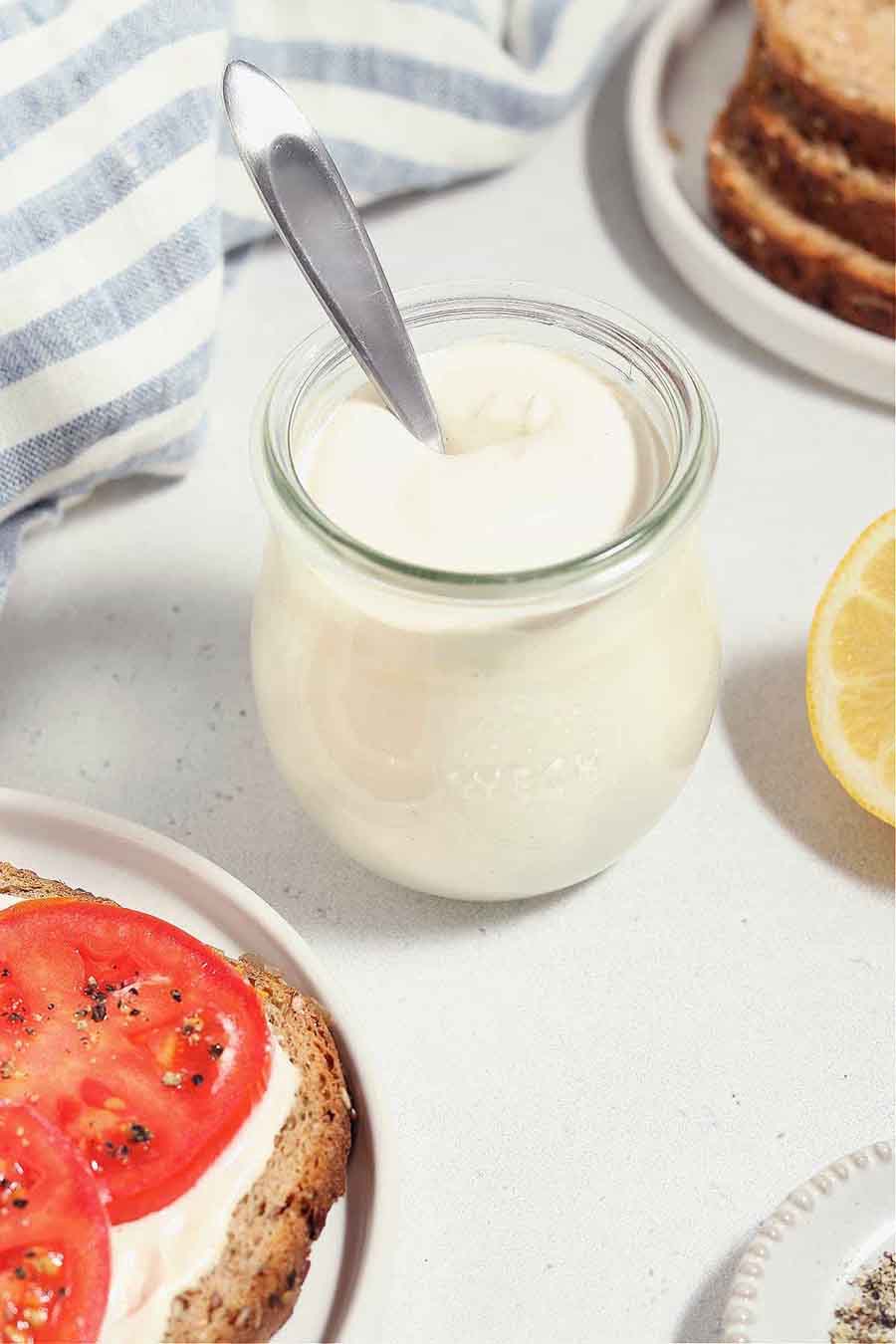 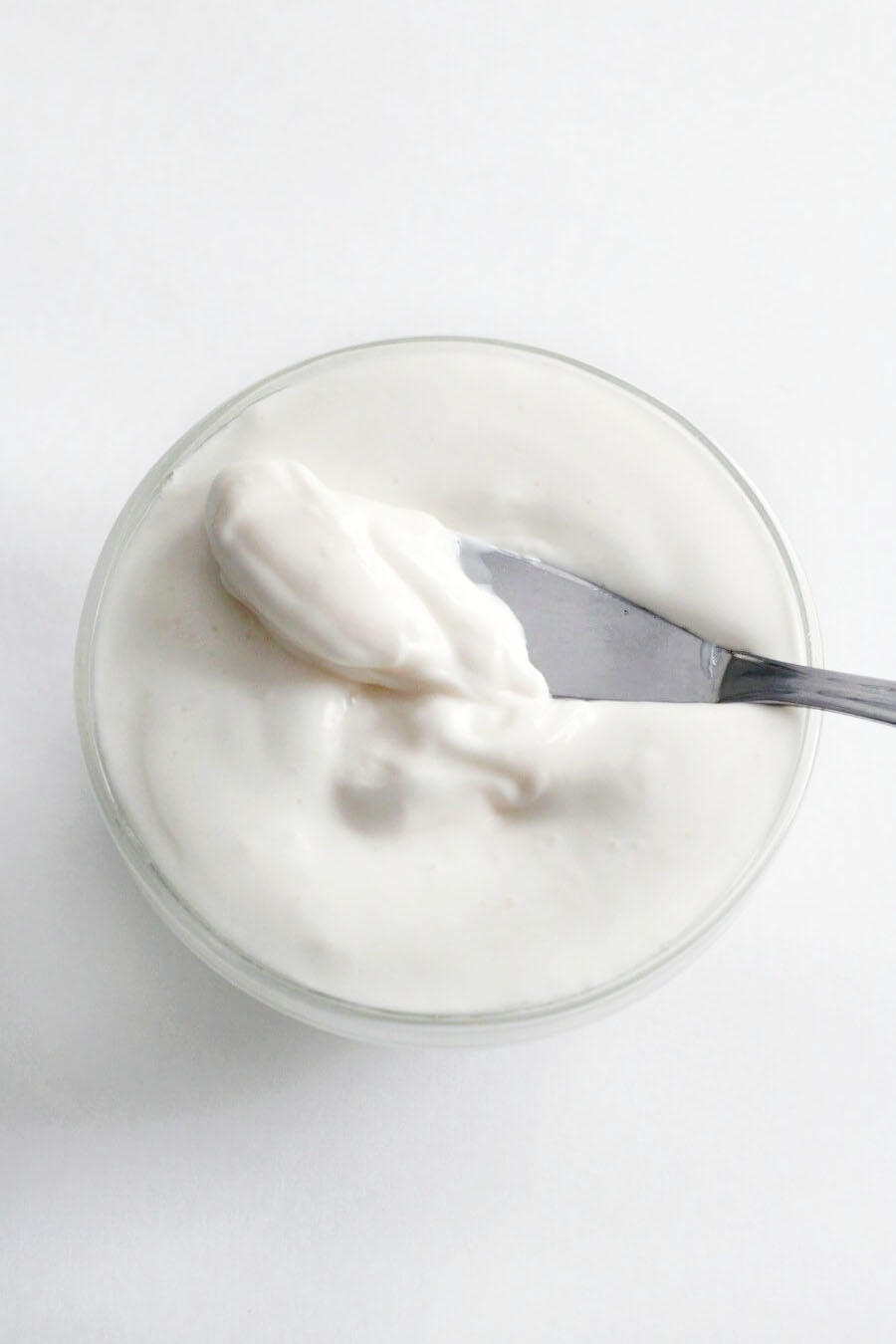 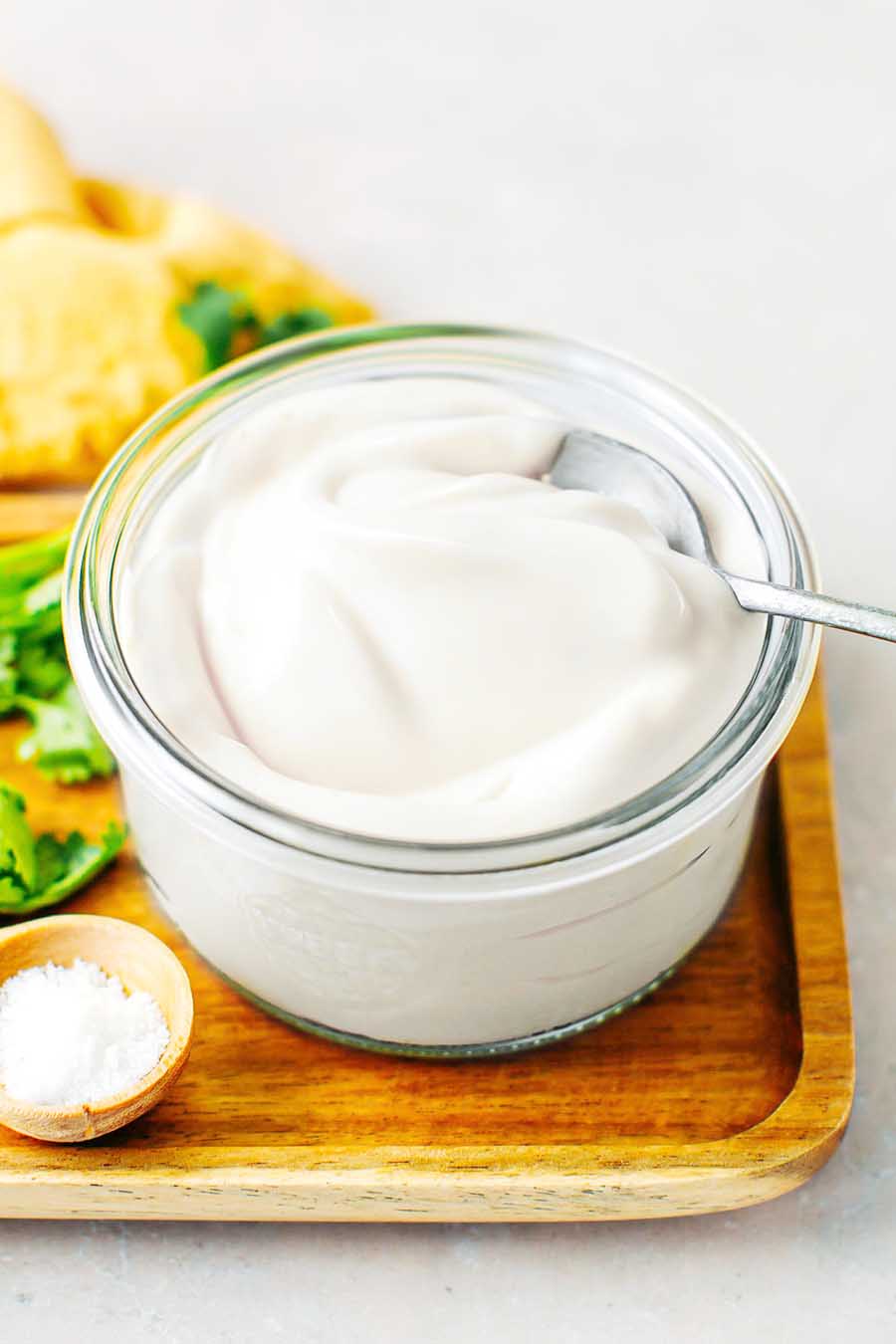 Vegan mayonnaise from Loving it Vegan

Vegan mayo from The Simple Veganista

Vegan mayo from The Hidden Veggies

Vegan mayonnaise from Full of Plants 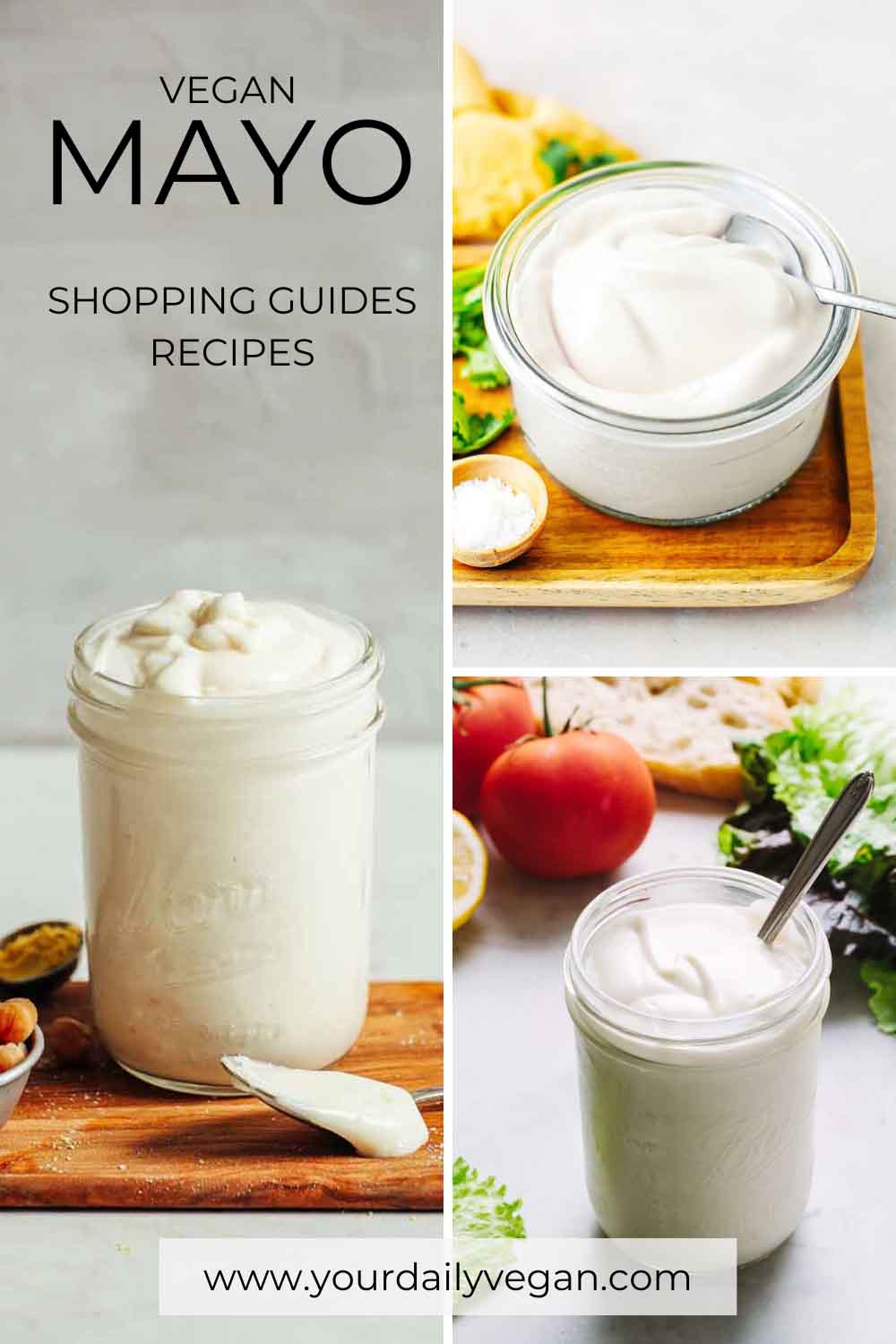 Plantbased mayo sitting on a table with soybeans, lemons, and a whisk / Shutterstock
Recipe photos via recipe creators and used with permission.