Do vegans use butter? What about margarine?

They’re common in cooking and baking (and on perfectly toasted bread) but is butter and margarine vegan? These questions are more common than you might think. And it’s easy to see why.

The answers aren’t a simple yes or no.

While margarine isn’t dairy-based like butter is, some contain trace amounts of animal products. Others don’t. Ingredients vary widely from brand to brand, too.

Here’s everything you need to know.

Are there health benefits to vegan butter? Is it healthier than the dairy version? Does it belong in a healthy vegan diet?

I talked to an expert in vegan nutrition for the answer. Here’s what she had to say.

Vegan butter is delicious but is it healthy? To get answers, I turned to Anya Todd MS, RD, LD. She’s a registered dietitian who specializes in vegan nutrition and sustainable food systems.

First, I asked her if we should be eating butter at all. According to Anya, small amounts are okay.

“The amount of saturated fat we should limit ourselves to is a point of debate. That said, I’m never going to say no to a small pat of vegan butter on my baked potato.”

But which is healthier? Vegan butter or dairy butter? Comparatively, vegan versions contain zero cholesterol while dairy ones contain 31 milligrams per one tablespoon serving. (1) But neither will win health awards she says.

“When it comes to vegan butter versus dairy butter, neither one is healthy. Both are a source of unnecessary saturated fats and calories. While there are many views of saturated fat, research shows that it raises LDL cholesterol even when plant-sourced.” (2)

What about long ingredient lists? Vegan versions tend to have more than dairy butter. Does a simple ingredient list mean it’s healthier than one with eight components? Not really, says Todd.

“Look at the ingredient list of the favorite vegan butter brands; they don’t contain a bunch of weird ingredients. These kinds of butter contain a pretty simple mixture of things like vegetable oil, cashews, cultures, and soy lecithin.”

It’s important to realize that the most significant advantage that vegan butter has over dairy butter isn’t health related at all. When compared, vegan versions of any product will have additional benefits over non-vegan ones by default.

There are ethical and environmental concerns surrounding the production of animal products. Living vegan addresses these concerns. If we can live without harming others, why wouldn’t we? Vegan products allow us to do precisely that.

When comparing vegan butter to dairy butter, both are a source of unnecessary saturated fat and calories. In this way, neither are healthy. Vegan versions remain the better choice, however. This is due to the ethical and environmental issues surrounding dairy butter.

What is Palm Oil?

You might be asking yourself what palm oil has to do with vegan butter. Good question. First, let’s talk about what it is. Then, I’ll explain why you should care. 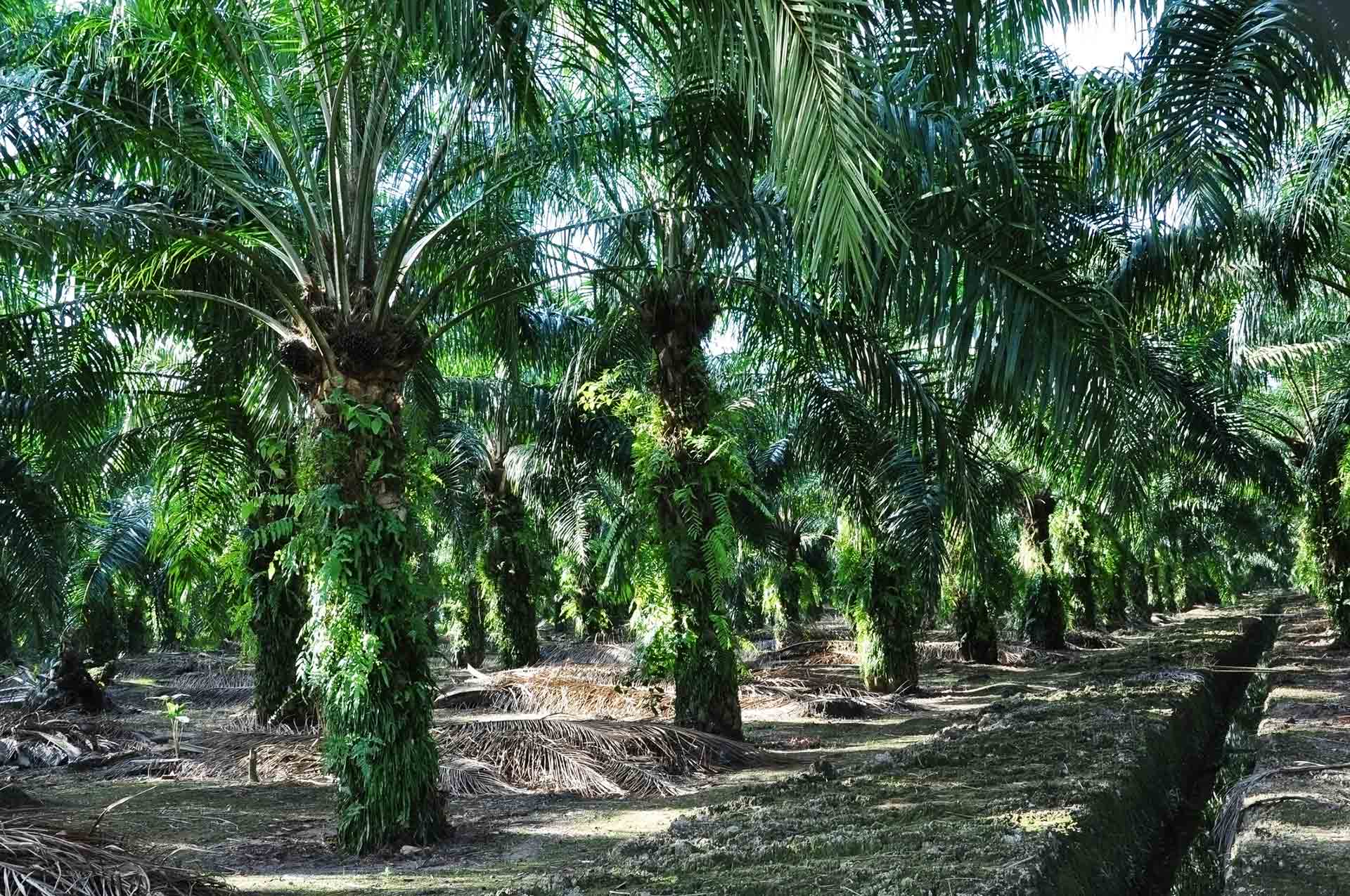 First of all, the Oil palm tree (Elaeis guineensis) is a member of the palm family of trees. They’re native to West and Central Africa but also grown extensively in Indonesia and Malaysia. Oil palms are an excellent source of oil.

“In total, 50 million tons of palm oil is produced annually, supplying over 30% of the world’s vegetable oil production. This single vegetable oil is found in approximately 40 – 50% of household products in countries such as United States, Canada, Australia, and England.” (3)

How Is It Used?

In contrast, palm kernel oil comes from the seeds. Foods like margarine, ice cream, cookies, and bread can contain this oil. Some pharmaceuticals even include it.

Eventually, the left-over solid material after processing is pressed into a cake and fed to cattle. (4) 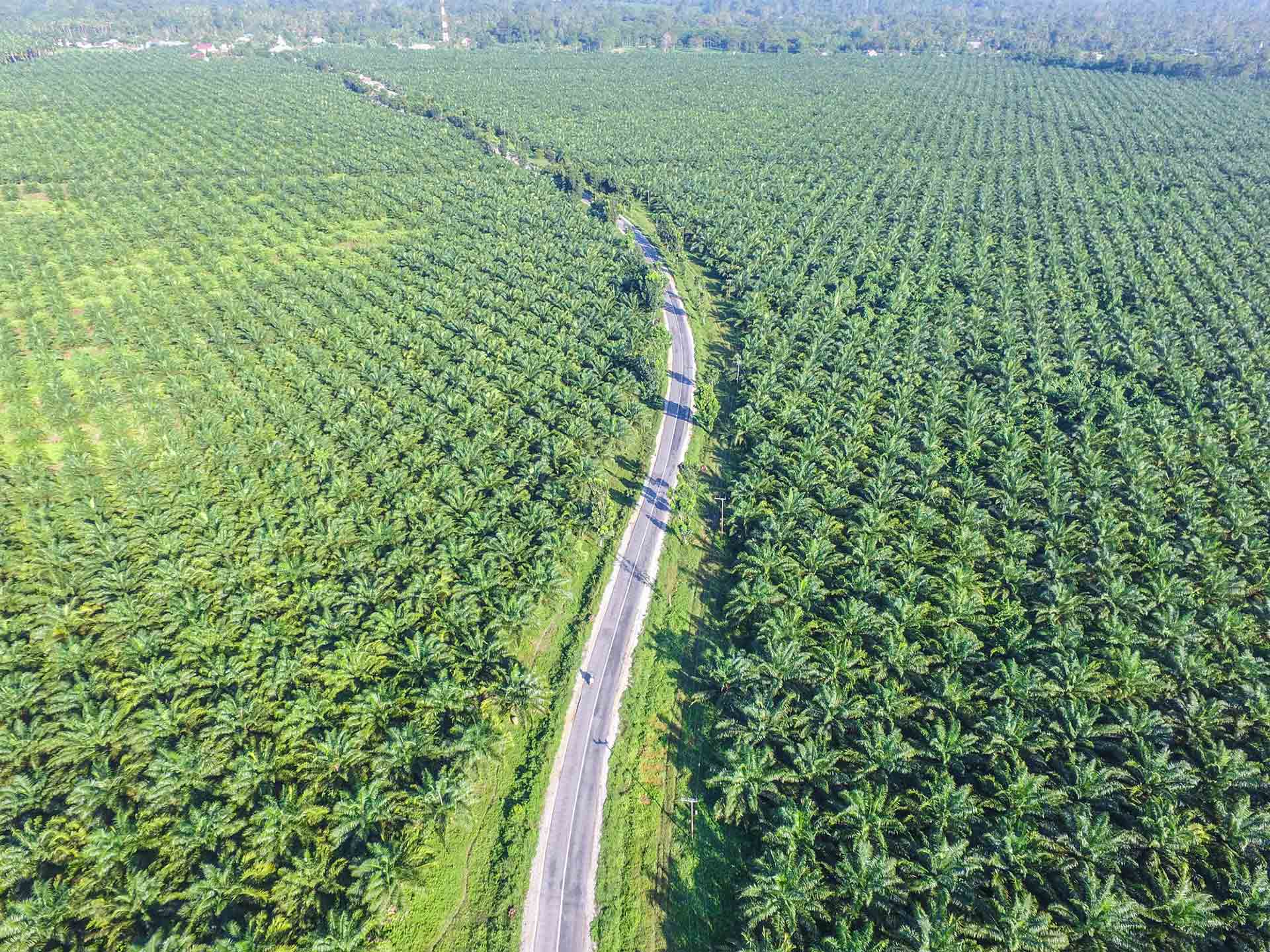 Cheaper than other vegetable oils, another use for palm oil is as a biofuel. As a result, it is more popular than ever. Demand has caused a free-for-all style approach to clearing forests to plant oil palms.

Not shockingly, this is bad for animals.

“According to the World Wildlife Fund, an area the equivalent size of 300 football fields of rainforest is cleared each hour to make way for palm oil production. This large-scale deforestation is pushing many species to extinction, and findings show that if nothing changes species like the orangutan could become extinct in the wild within the next 5-10 years, and Sumatran tigers less than 3 years.” (3) 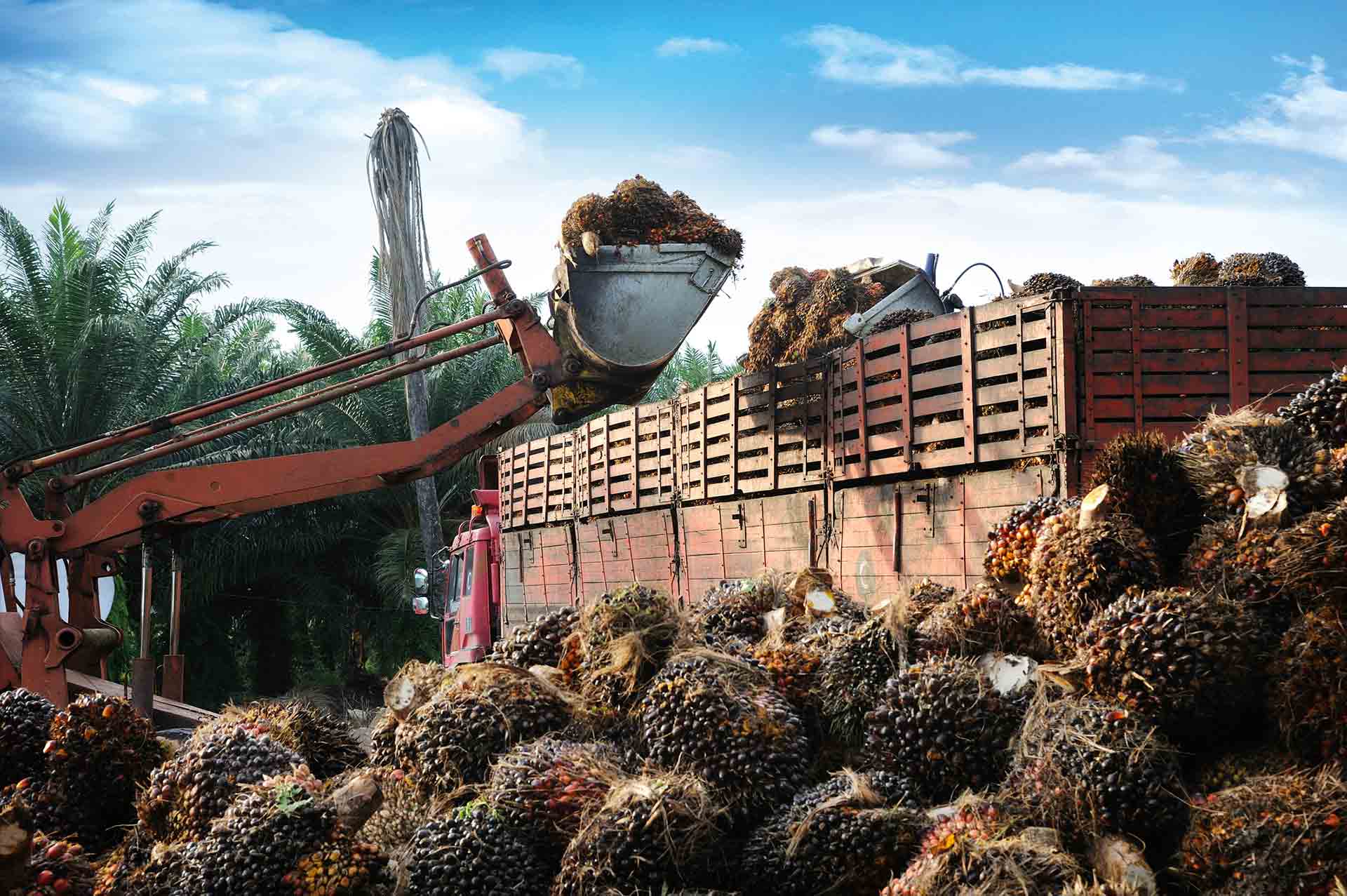 The Many Other Names

Finding out if a product contains palm oil is more difficult than you might imagine. Surprisingly there are many different names for it. Not to mention, it’s in a variety of products. Look at just some of it’s many names:

# – Definitely palm oil
* – Often palm oil, but could be other vegetable oils
^ – Either palm oil or coconut oil

What Does Palm Oil Have To Do With Vegan Butter?

Unfortunately, not all brands talk about the use of it in their products.

There are conflicting opinions on this subject, too. Technically, palm oil is a vegan product. As shown, it has overlapping ethical, environmental, and humanitarian issues surrounding its production.

Deciding to consume it is a topic that vegans should be discussing. Ultimately any time an animal loses their life or home to a human, it becomes a vegan issue.

Visit the website Say No to Palm Oil for an in-depth look at these issues and more.

Palm oil is a common ingredient in vegan butter. While it’s technically a vegan product, there are ethical, environmental, and humanitarian issues surrounding its production. Some brands have taken steps to use responsibly-sourced oil, but not all.

Let’s talk vegan butter basics. You probably know that butter is a dairy product made with milk from animals like cows, goats, or sheep. But what about margarine? Is it a suitable butter replacement for vegans? Well, yes and no.

Margarine is merely a blend of vegetable oils. There are some brands which add whey or lactose to it, both of which are animal-based ingredients. Not all brands do though. As a result, some margarine is vegan-friendly.

Look for dairy-free butter at well-stocked grocery stores and health food stores. Even Walmart stocks them. Brands with at least one palm oil-free product have a ” * ” symbol next to their name.

You’ll find dairy-free butter at well-stocked grocery stores and larger stores like Tesco. Brands that have at least one palm oil-free product have a ” * ” symbol next to their name.

The brands that have at least one palm oil-free product has a ” * ” symbol next to their name.

What Kind of Butter is Dairy-Free?

Delicious, spreadable vegan butter isn’t just found premade at your local grocery or health food stores, it can also be made at home. Here are a few easy recipes to get you started. 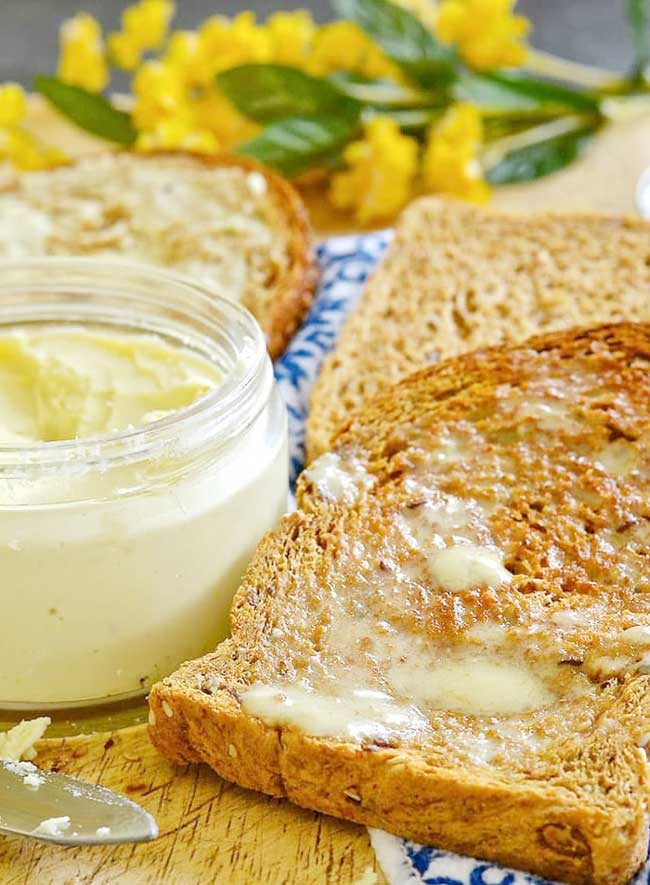 Have a vegan recipe that isn’t listed? Contact me. 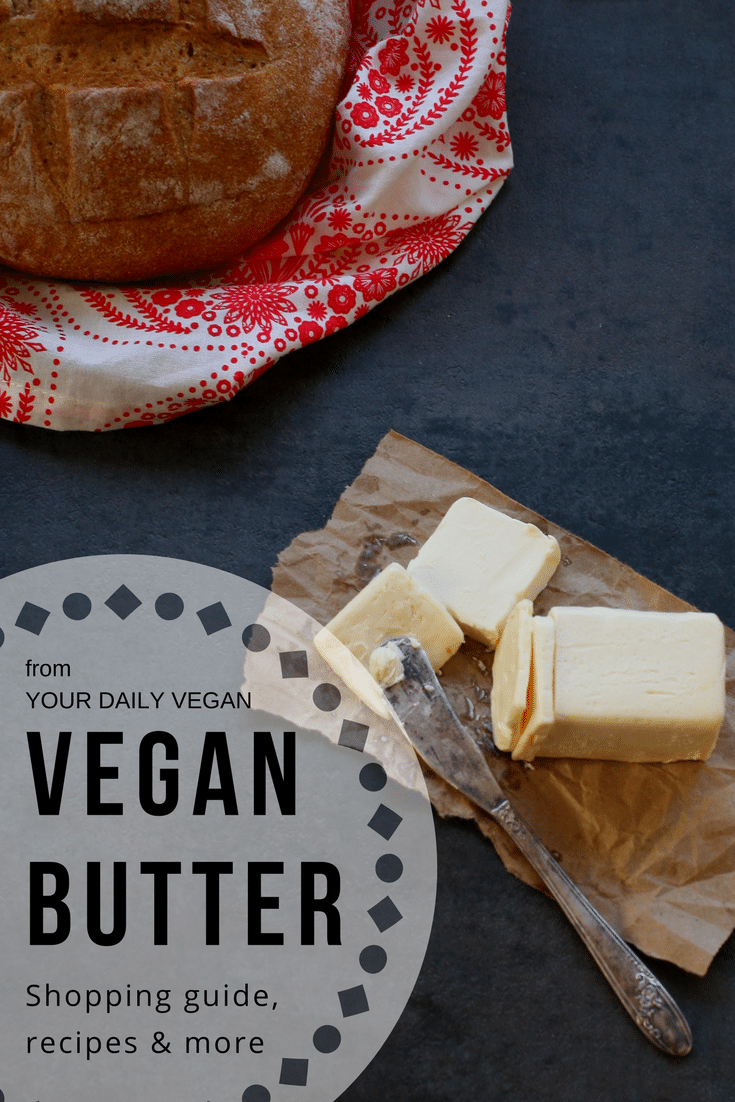 I am committed to providing accurate information to the vegan community. Meticulously researched, the topic explored in this guide contains the knowledge available at the time of publishing. Reviews and updates happen when new material becomes available.