Fake, mock, alternatives, or plant proteins; no matter what you call them, vegan meat products are more common than ever. 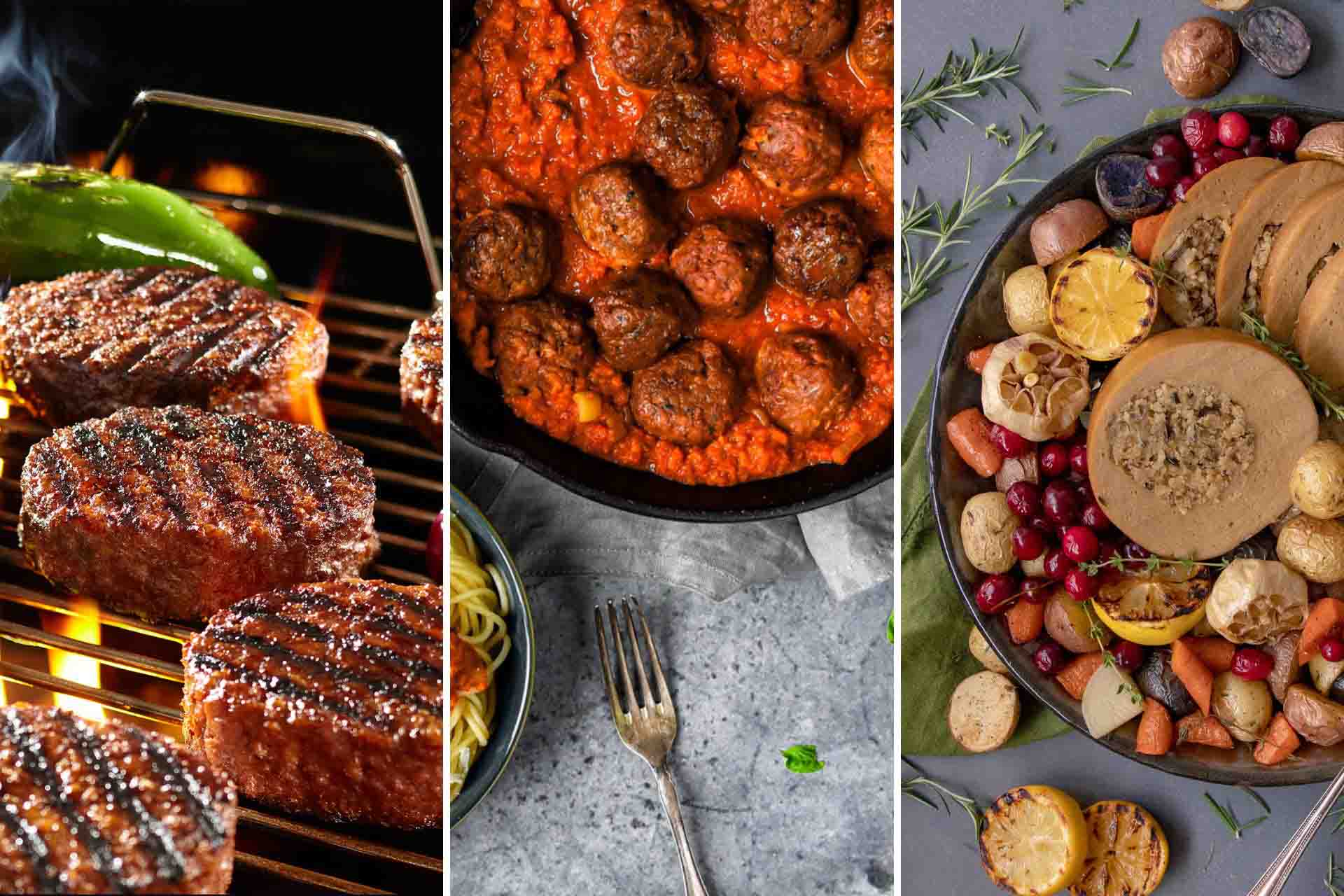 Do you have questions about vegan meat?

Not surprisingly, there has been a lot of talk about these products. Are they healthy? How do vegan meats help animals? Why would vegans want to eat something like meat if they don’t eat meat?

And, perhaps the most asked question of them all, do vegan meats taste good?

Veggie burgers may not save the world, but they do save the life of cows.

Here’s everything you need to know.

If you’ve ever wondered what vegan meat is, this section is for you.

So, why do people call them fake?

A look back at the etymology of the word “meat” actually shows that the word is rooted in the Old English term, “mete,” which meant “item of food.” (1)

What is vegan meat?

Vegan meat — also called faux, fake, mock, meat analogs, or plant proteins — are products that mimic certain qualities of animal-based meat-like textures, flavor, or appearance, for example. They are made from various ingredients such as soy, textured vegetable protein, or wheat gluten, to name a few.

Note that there is a difference between “meatless” and “vegan meat.”

The term “meatless” can refer to a product that still contains trace amounts of animal products (such as eggs, casein, whey, or other animal-derived enzymes).

On the other hand, “vegan meat” does not contain any animal ingredients at all.

Check the labels carefully when purchasing.

Should you eat vegan meat?

There are plenty of good arguments in favor of vegan meats.

First, they can help them transition into an entirely vegan diet. These products imitate products that people are already familiar with, making them easy to integrate into favorite meals. Plus, they’re convenient. Most of them come pre-cooked.

Next, food rituals play a significant role in people’s familial and social lives, bringing people together. Vegan options mimicking formerly traditional foods allow everyone to participate in the celebration.

Finally, when compared, vegan meats will have additional benefits over non-vegan ones by default.

There are ethical and environmental concerns surrounding the creation of animal products; living vegan addresses these. But also, if we can live without harming others, why wouldn’t we?

Vegan meats allow us to do precisely that. Answers to the most commonly asked questions about vegan meat.

The top questions about vegan meat

You asked I answered.

What is vegan meat?

Vegan meat — also called faux, fake, mock, meat analogs, or plant proteins — are products that mimic certain qualities of animal-based meat like textures, flavor, or appearance, for example. They are made from a variety of ingredients such as soy, textured vegetable protein, or wheat gluten, to name a few.

Note that there is a difference between “meatless” and “vegan meat.”  The term “meatless” can refer to a product that still contains trace amounts of animal products (such as eggs, casein, whey, or other animal-derived enzymes). On the other hand, “vegan meat” does not contain any animal ingredients at all.  Check the labels carefully when purchasing.

Why do vegans eat fake meat?

This question is much more common than you might think.

Some people have a hard time understanding why vegans would want to eat something that tastes like meat but the answer is straightforward: It’s because they like the taste.

Vegans remove animal-based meats from their diets not because they don’t enjoy their taste, but most often because of ethical, environmental, or health-related reasons

I tried vegan meat and it doesn't taste like meat.

It’s inevitable. When non-vegans try vegan meats for the first time, they will compare the taste to their animal-based counterparts. Comparisons like this can often result in the person exclaiming, “it tastes nothing like meat!”

While some vegan meats try to replicate the taste or texture of animal-based meat, others don’t; it varies widely from brand to brand. Some brands are so similar that even professional chefs have a hard time telling the difference.

Meat analogs can provide a bit of familiarity for people transitioning towards a vegan diet. Also, the ritual of food plays an important role in people’s family and social life. Food is powerful in the way it can bring people together. Having vegan options that replace former traditional foods allow everyone to participate in the celebration together.

Not only that, vegan meats taste good.

Do vegan meats actually promote the use of animals? Taste is subjective, but nutrition is not.

When talking about the nutrition of vegan meats, one point comes up more often than any other; the abundant amount of sodium they contain.

People mention it so often because it’s true.

Salt as a flavor enhancer and preservative is ubiquitous in processed foods, and vegan items are not exempt.

While we need some in our diets to assist with functions like muscle contraction, it is possible to consume too much when relying on convenience items like vegan meats.

How much salt is too much?

According to the Center for Disease Control & Prevention, the average American consumes slightly over 3,400 mg daily sodium. This amount is more than the recommended 2,300 mg daily, which translates into around one teaspoon of table salt. (2)

So, what does that mean as far as food goes?

An average veggie sausage contains roughly 600 mg per link. A veggie patty can easily have 500 mg, while deli slices average 300 mg per serving. Add this to the bread or bun you may be using, along with high salt condiments like pickles or ketchup, and you could quickly consume 1,000 mg for that single meat substitute portion of your meal.

Doing the math lets you see how it’s easy to push the salt envelope if you consume these meat substitutes at most meals.

Why do we need salt at all?

Our bodies need some sodium for essential functions like muscle contractions; however, salt can increase blood pressure in excessive amounts. This condition, known as hypertension, causes the heart to work harder. It can also stress other organs, like the kidneys, and lead to a stroke.

A diet high in sodium can raise blood pressure, and high blood pressure is a significant risk factor for heart disease and stroke.

Here in the United States, heart disease and stroke are the nation’s first and fifth leading causes of death. (2)

Must you give up your favorite vegan meat to maintain your sodium intake within the daily guidelines? Not necessarily, according to vegan dietitian Anya Todd MS, RD, LD.

The key is reducing your consumption, and adding some basic protein-rich staples into the mix will help balance your sodium levels.

“There is no evidence that incorporating processed veggie meat into your diet has negative health impacts. For many people, these options enable them to transition more easily to being vegan, which is always a win in my book. Do I believe diets should be primarily based on whole foods? Yes, but I also think a healthy, compassionate diet can include some vegan sausages now and again, too.”

Todd advises including other protein-rich plant foods like beans, tofu, and tempeh on the menu several times a week. All of which, in their natural states, are low in sodium. 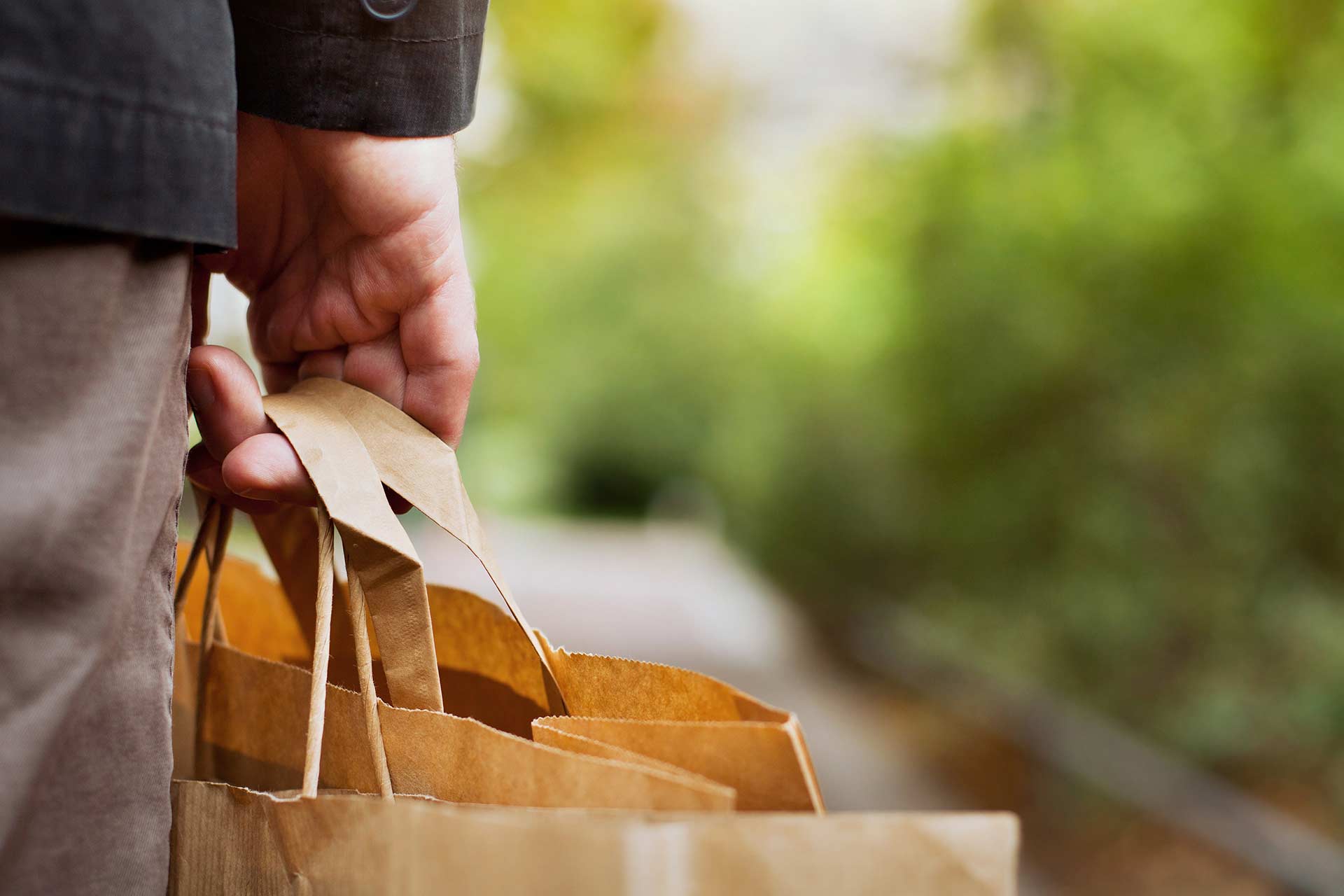 No matter what you’re searching for, it’s bound to be here.

From burgers to bacon to wings, there are vegan versions of just about any meat product on the market.

It's a good time to get in the habit of reading product labels. While most of the options below are fully vegan, a few companies strangely offer vegetarian options as well.

For ease of use, the shopping guide is in six categories. Use the quick navigation menu to select a category or browse the entire collection. 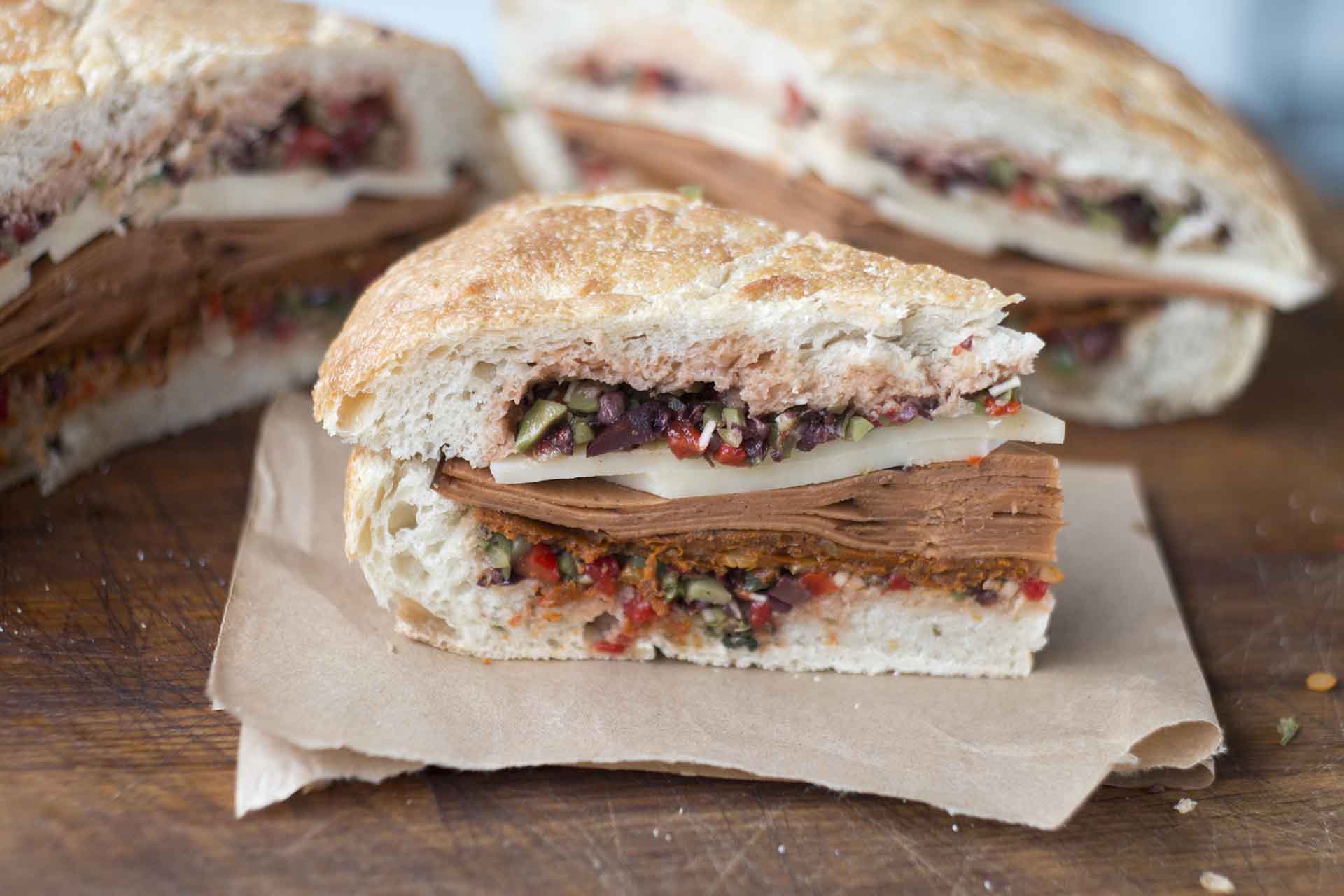 Look for them in two places; in the produce section in a refrigerated case alongside tofu and other meat-free products as is the case for deli meats and bacon, or in the snack aisle in the case of the jerky.

This guide is for all things crispy, smoky, and delicious. Includes a shopping guide and 50+ vegan recipes to try at home. » Get the Guide 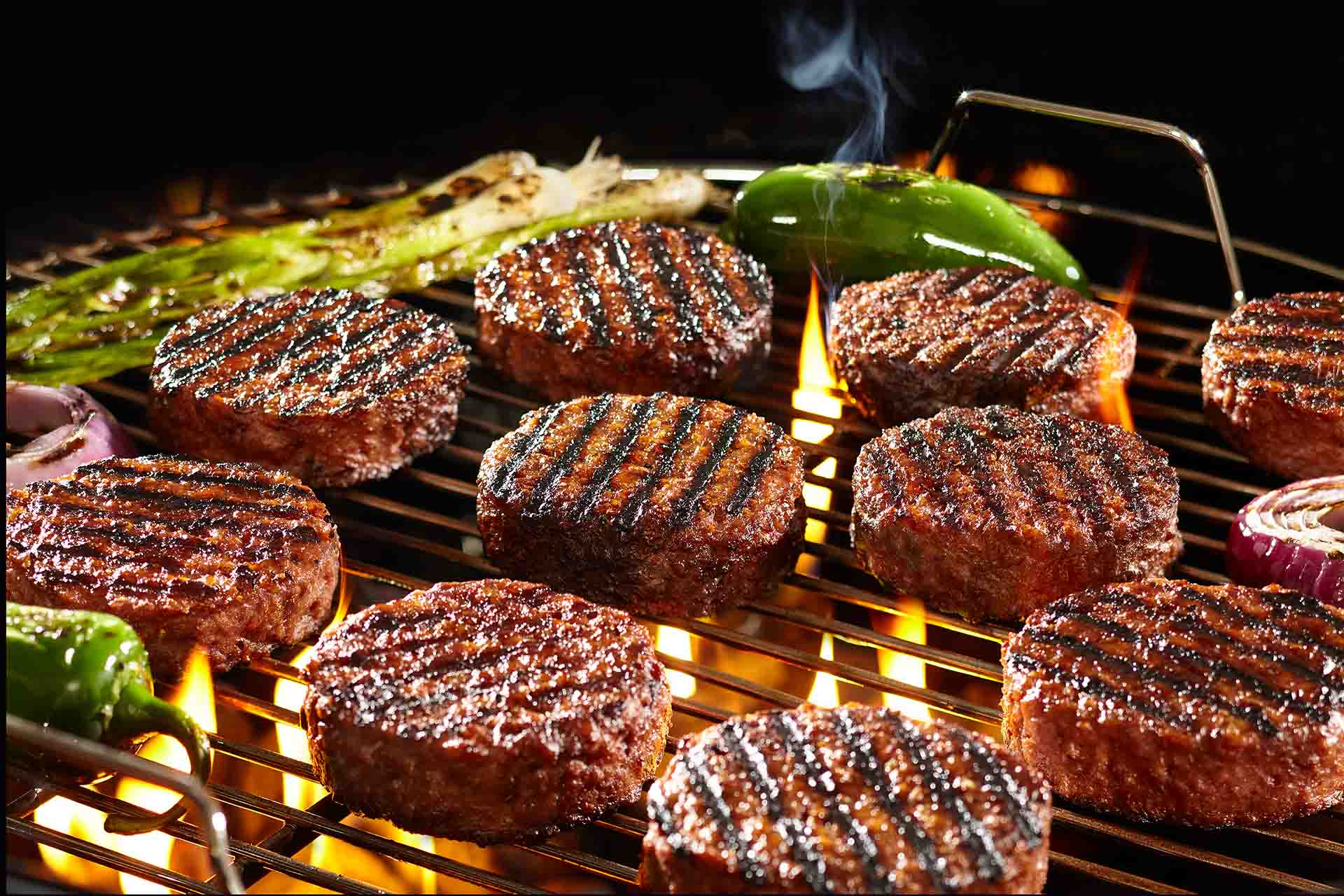 Generally speaking, you’ll spot them in two places; in the refrigerated section or in the freezer section. 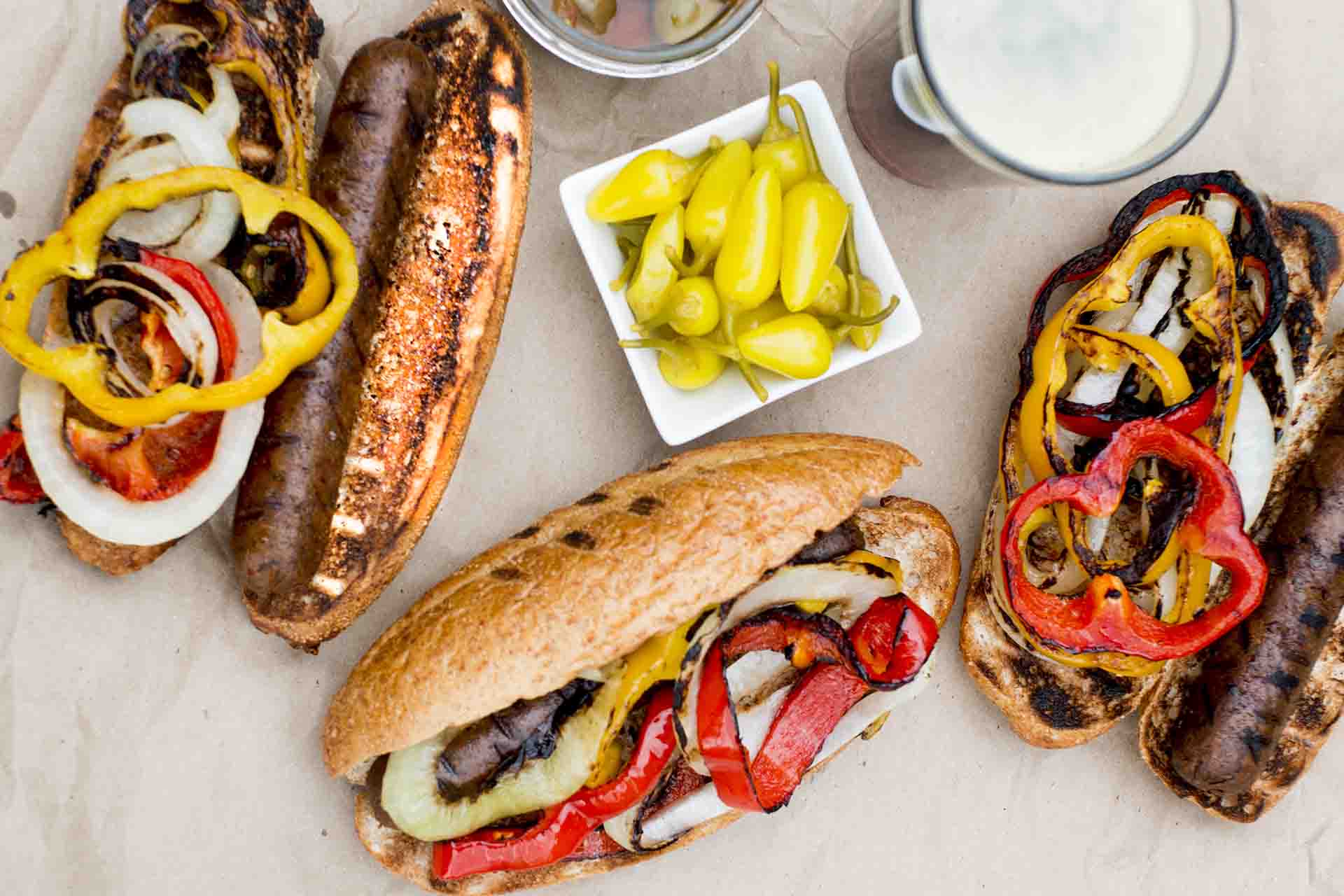 Hoagies made with Tofurky sausages / Source

Luckily, you’ll be able to find a wide variety of vegan burgers, sausages, hot dogs, or even ribs in many grocery stores.

Look for them in several places; in the produce section alongside other meat-free products, the freezer section, and the area with other dry mixes. 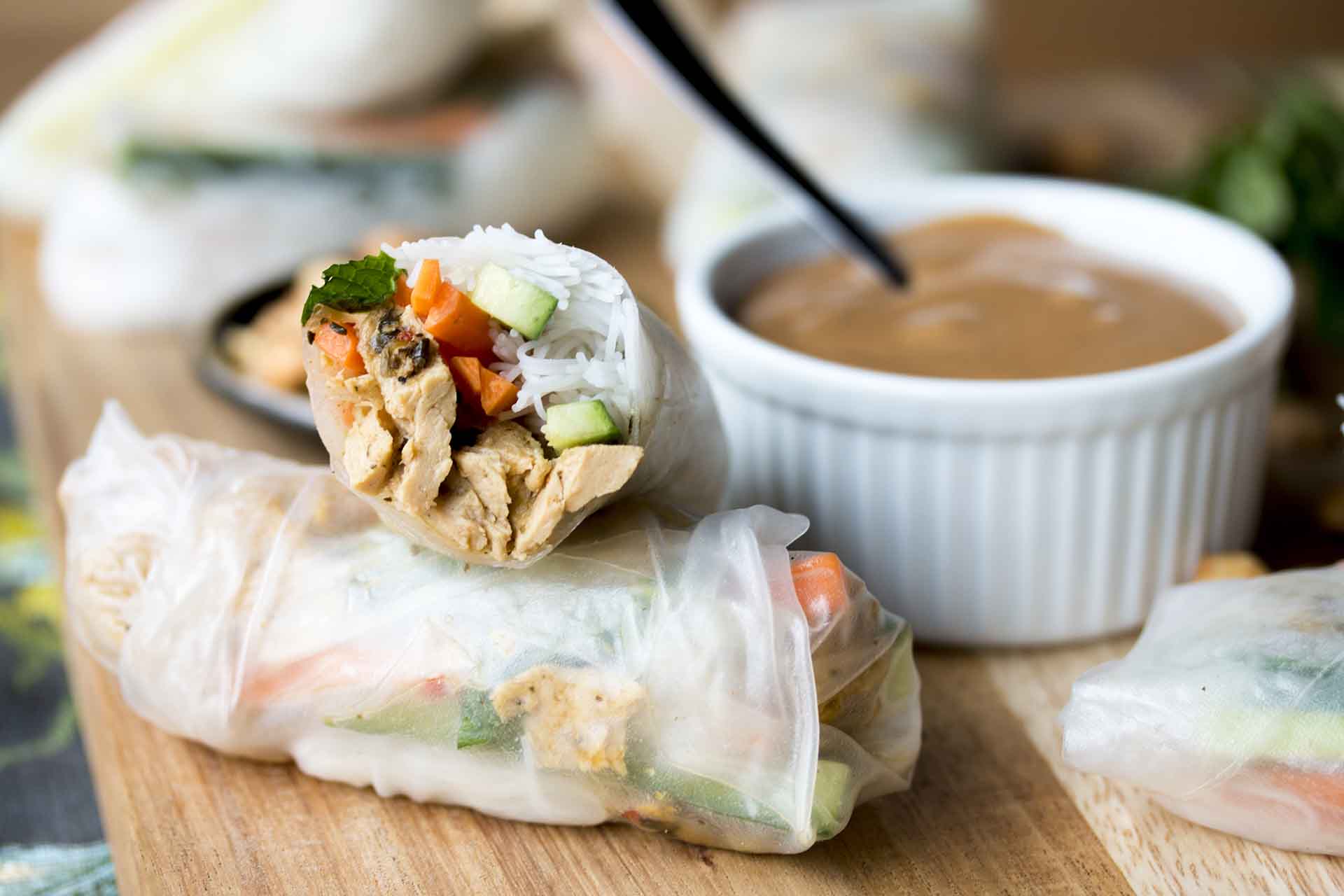 Like other meat-free meats, vegan chicken products are available in most well-stocked grocery stores.

Look for them in the same places you’d find vegan burgers: in the deli case, in the produce section alongside other meat-free products, in the freezer section, and in areas with dry mixes. 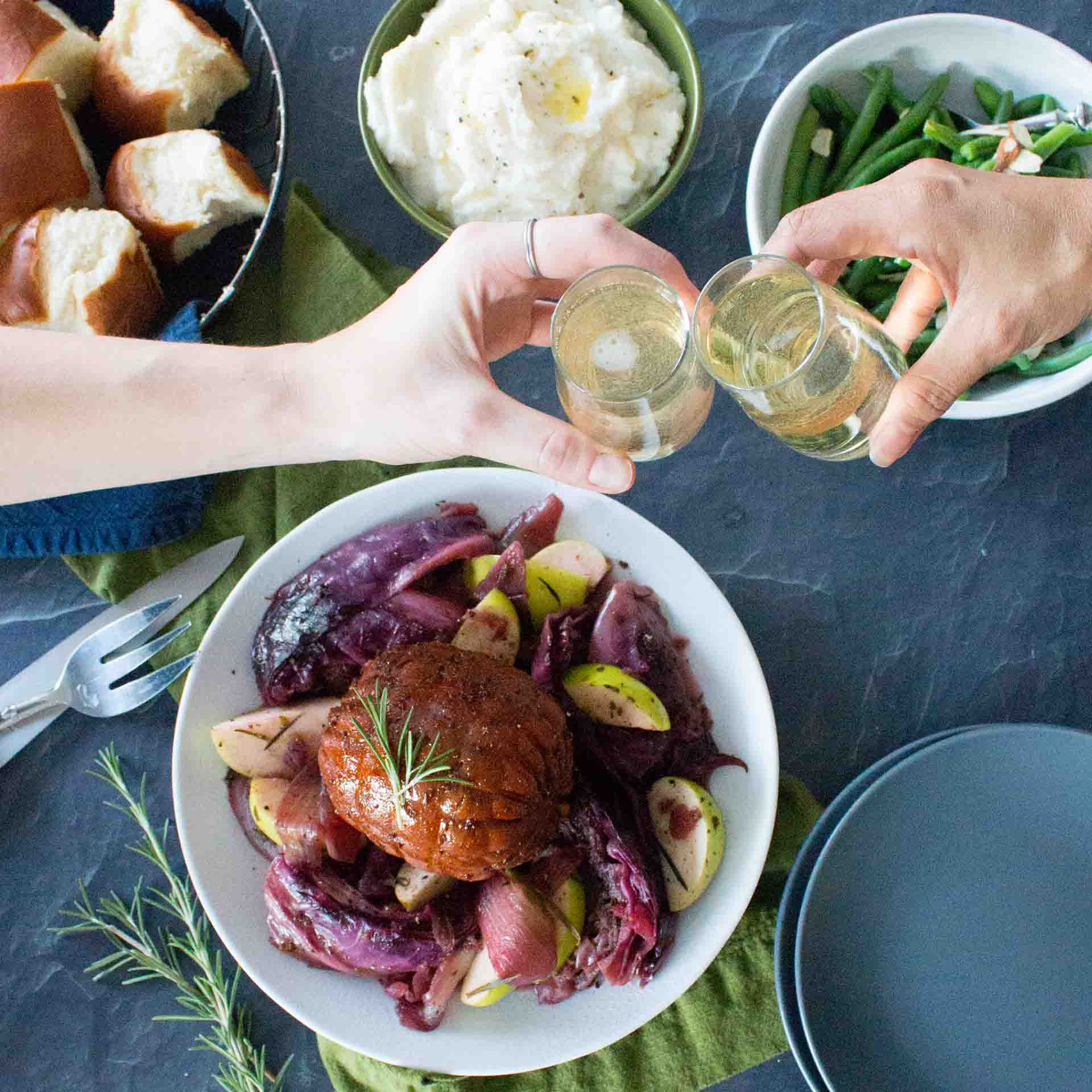 We live in the golden age of vegan products; no matter which foods are part of your family traditions, they can be recreated using plant-based alternatives.

It might surprise you to know that vegan seafood is available in larger grocery stores, as well as in health food stores.

Look for them in two places; in tins in the canned aisle alongside non-vegan versions or the frozen section. 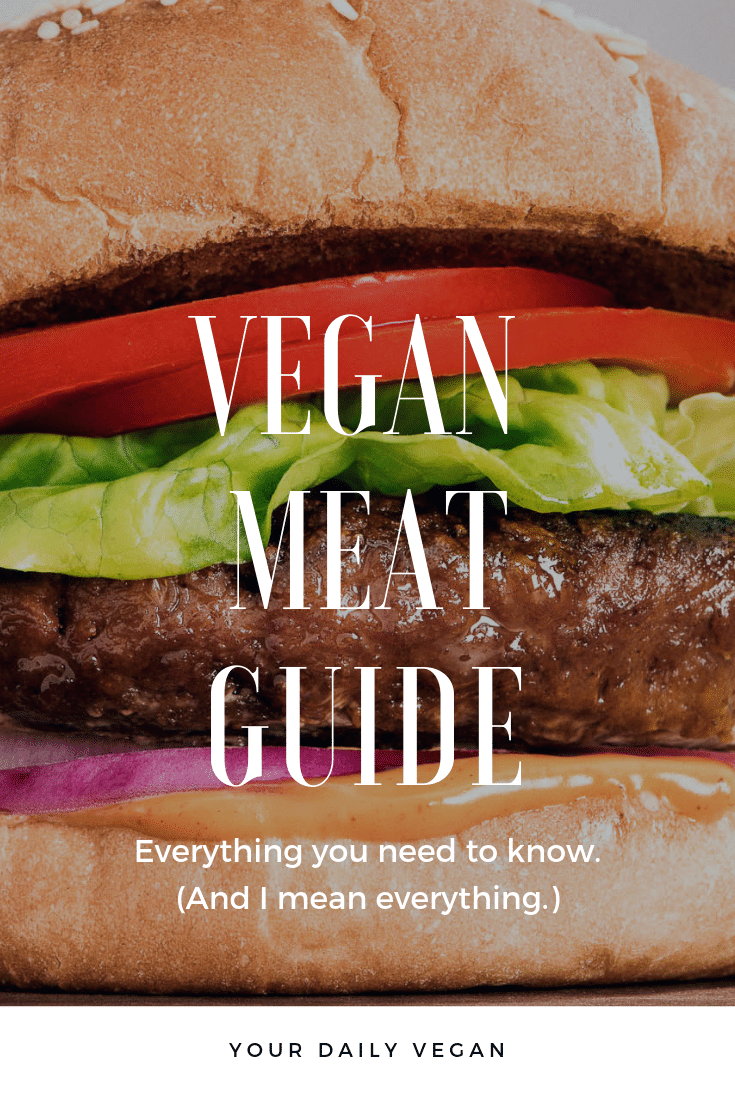