Disclosure: This guide may contain Amazon affiliate links. As an Amazon Associate I earn from qualifying purchases. See my Affiliate Policy for more details.

Easter is a Christian holiday celebrating the resurrection of Jesus Christ. The holiday features celebrations with food and family activities such as dyeing eggs, egg hunts, and the gifting of chocolate bunnies, jelly beans, and other confections inside brightly decorated Easter baskets.

Because Easter is so egg-centric, it might be confusing how to create a fun-filled vegan version of all the traditions that make Easter celebrations so special. Don’t worry, I’m here to help.

Let me show you how.

Every Easter my grandmother would prepare a ham roast for our family gathering. I didn’t eat it — I’ve always disliked most animal-based roasts — but my family enjoyed it and dinner was something they looked forward to each year.

As a vegan, I’m always looking for ways to incorporate plant-based products into family traditions that mimic those familiar tastes that they are used to. The following plant meats are perfect for the vegan Easter dinner table.

These products can be found at health food or natural food markets in the refrigerated or freezer section where other meat alternatives are located, as well as through online retailers.

Do you make a vegan meat alternative that isn’t listed? Contact me.

Living vegan doesn’t mean missing out on the things you love like chocolate Easter bunnies or bags of colorful jelly beans. These days there are plenty of choices. Here are a few chocolatiers and candy makers that offer sweet treats perfect for vegan Easter baskets. 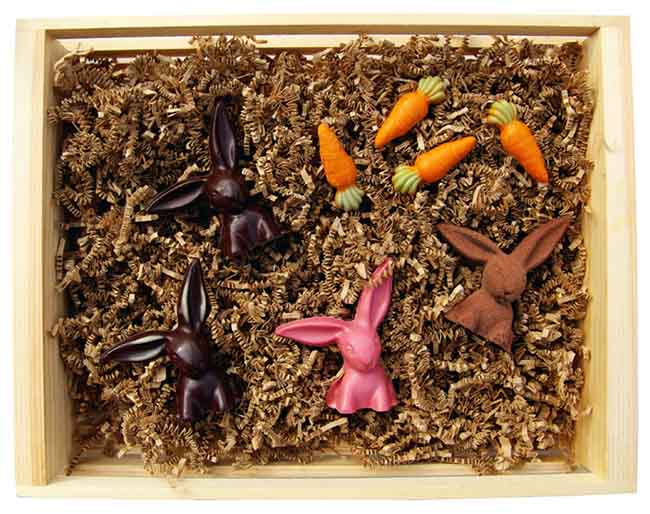 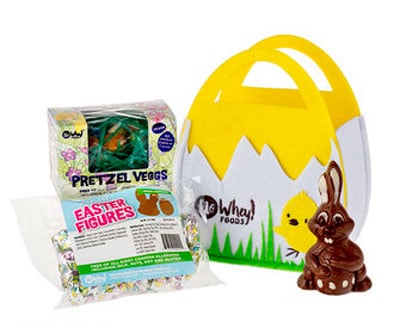 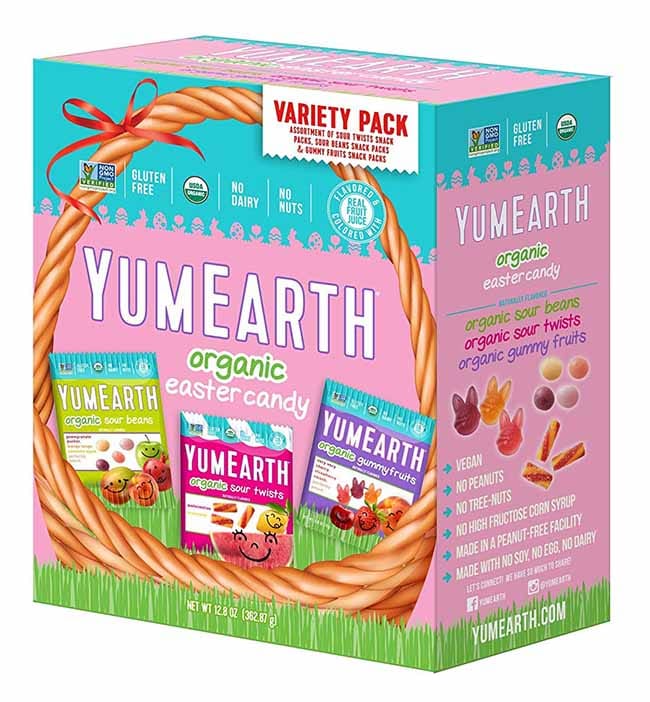 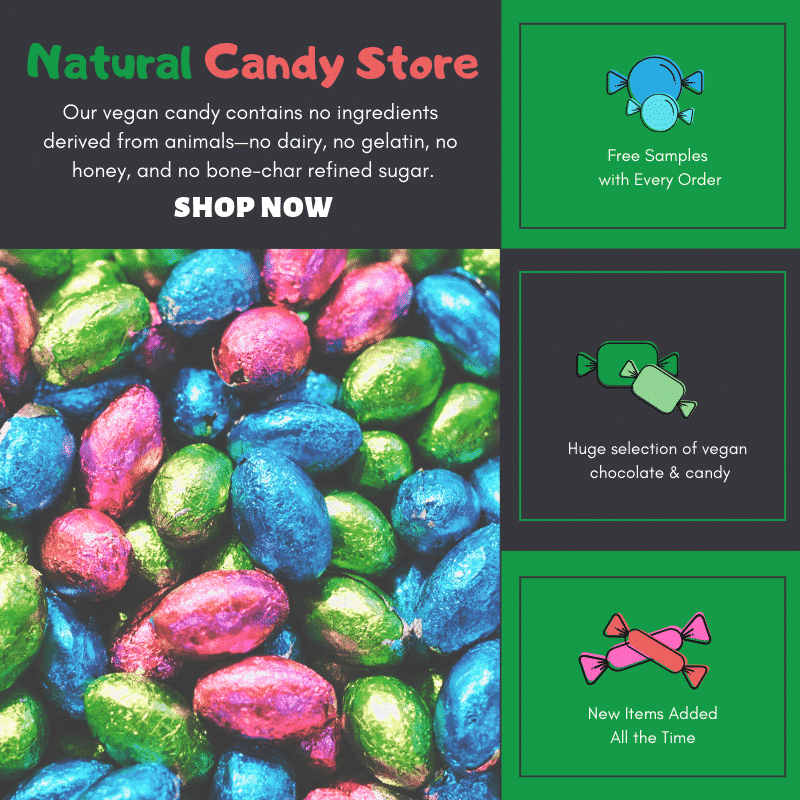 Do you make a vegan sweet treat that isn’t listed? Contact me.

Easter is ubiquitous with pastel colors and dyeing eggs for Easter is a tradition for many families. Since vegans don’t use animal products, dyeing chicken eggs isn’t an option.

You might be asking yourself, “What’s the big deal? Chickens aren’t killed for eggs!” It’s a good question.

Here’s the thing though: Animals do die for eggs.

If you remember only one fact about egg production, let it be this: Male chicks don’t produce eggs, therefore they are useless to egg producers. Chick culling is the process of killing newly hatched chicks for which animal agribusiness has no use. Because male chickens do not lay eggs, they are killed shortly after being sexed. The primary methods of culling — which do not involve anesthetic — are asphyxiation (UK standard) and maceration using a high-speed grinder (US standard). (1)

Now, let’s talk about what to use to dye these egg-ternatives (sorry, I couldn’t help myself).

How to Make Homemade Food Coloring

The unofficial colors of Easter are pretty and pastel. Not just limited to eggs, these colors are in food everywhere you look; from cookies to cakes to cupcakes, too. Generally speaking, food and drinks get their colors from artificial food colors like Brilliant Blue FCF,  Red No. 3, Red No. 40, or Sunset Yellow FCF.

There are several significant things to understand about artificial food colors.

First, they’re synthetics achieved through the wonder of chemistry and the industry of oil drilling. Secondly, artificial food colors have terrible side effects on human health that range from simple skin or eye irritants and hyperactivity in children to more complex issues such as being endocrine disruptors and lung irritants. Finally, artificial food colors are tested on animals such as mice, rats, bunnies, and beagles. It’s true. Animals are dying for unnecessary brightly colored food.

It’s time for a compassionate change.

Whether you’ve ever made homemade food dyes before or not, you’ll be able to make a wide array of different colored food dyes. There are two basic methods you can use and they’re both ridiculously easy.

I’ve put together a step-by-step tutorial for making five of the most common colors; all homemade—nothing artificial or synthetic, just simple ingredients found in your fridge or pantry.

Learn how to make a rainbow of colors like these at home by visiting this Homemade Vegan Food Coloring Step-by-Step Tutorial.

Does the thought of juicing and mixing to create your own food dyes make you cringe? If you are short on time or would prefer to buy natural food colors, no problem. I have found a few companies that make dyes that are colored with vegetable juice and/or spices and contain no synthetic dyes.

India Tree has a full line of food coloring and sprinkles that are colored with vegetable juice or spices and contains no synthetic dyes. These are the sprinkles that I use and I love them.

India Tree sells both vegan and non-vegan products. Be sure to check the ingredients before buying. Look for sprinkles made from raw sugar and carnauba wax which is made from the leaves of the palm plant. This India Tree Decorating Sugars Variety Set and this 3-pack of India Tree Natural Decorating Colors Set make a great starter set combo and are both vegan-friendly and free of artificial junk.

This brand started popping up at my local natural markets, so I picked up a few packets to test out on my favorite sugar cookies. I love these colors. First, the colors come packaged in individual packets which means I don’t over-buy, I’m able to buy only what I need. Second, the colors mix easily, while the color runs more on the pastel side, and creates beautiful, even colors. Lastly, the’re budget-friendly. Here’s a 10-pack, Color Kitchen Food Colors from Nature, that makes a perfect starter pack.

Natural Earth has a full line of products to choose from. They come in biodegradable packaging and are made from pure, natural earth and mineral pigments and organic ingredients. They are free of preservatives, heavy metal toxins, solvents, as well as synthetics and fillers. They’re also archival. This natural egg dye kit is perfect for those who are looking to dye artificial eggs.

There are many things to consider before bringing home a live animal for children. Here are a few of the most important things to know about living with bunnies and baby chickens to help you make informed choices.

What to Know About Bringing Home an Easter Bunny

The Easter Bunny is perhaps the most well-known holiday character after Santa Claus. Not only is he prominent in many family traditions, but he also makes appearances in Easter baskets everywhere in the form of chocolates or stuffed toys.

Many well-intentioned parents may also bring a real, live Easter bunny home to excited children. While these intentions may have been good, often bringing home a rabbit ends up in badly for both the children and the rabbit.

After cats and dogs, rabbits are the most prevalent animal in shelters.

Many people who purchase bunnies at Easter don’t realize that caring for a rabbit is a ten-year commitment. Including:

Contrary to popular belief, rabbits are not the perfect small animal for children. Rabbits like the ground and become frightened when held or restrained. This fear can lead to kicking and scratching, which can cause injury to whoever is holding them. They also have incredibly fragile spines. If dropped the rabbit could break their back or worse. 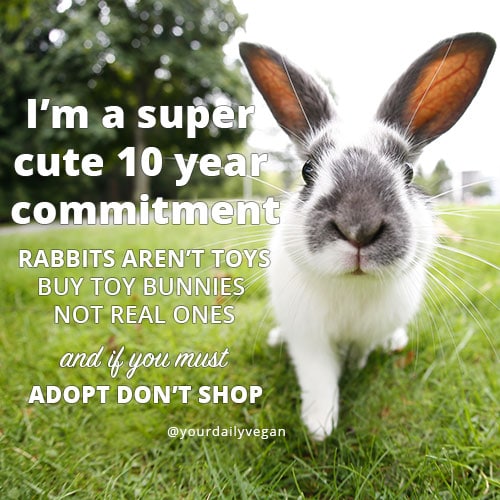 Caring for a rabbit can be a lot of work. In fact, rabbits can take just as much time, attention and care as a dog or cat would. Sometimes, when people realize they’re in over their heads, they’ll release their family pet rabbit into the wild. This is an extremely dangerous choice since domestic rabbits are not the same as their cousins and most won’t survive outside on their own.

Because well-intentioned people can unknowingly make bad decisions, it’s important to do plenty of research. Before making a lifelong commitment to a rabbit, take some time to read the information at rabbitron.com.

One last thing: If you’ve done all the research and still want a rabbit, please don’t shop, adopt. Contact your local animal shelter or a rescue organization like Hug-a-Bunny Rabbit Rescue, the House Rabbit Network, or Rabbit Rescue.

Brightly colored newborn chicks might seem like the perfect festive Easter gift for an excited young person, but nothing could be further from the truth. In reality, dyed chicks is a cruel practice that turns live birds into nothing more than playthings that are quickly discarded by children with short attention spans.

These birds have many of the same needs as rabbits do — plenty of attention, room to roam and roost, veterinary care — and they face many of the same problems, too. Much like rabbits, people can become overwhelmed by the idea of caring for a baby chick as it grows into adult chickens which can lead to abandonment or worse.

Unfortunately, these young birds have no knowledge or the experience of foraging or evading predators, making death an inevitable possibility. For those that do survive, they can ban together into feral colonies, disrupting native wildlife populations. Once the communities become unmanageable, cities will enact mandatory culling of the birds.

Easter chicks surrendered to animal shelters (if you can find one to take them) don’t fare any better either. In spring, many shelters and humane societies become overburdened, and finding suitable homes for them can be a real challenge.

The sad truth is, many of these chicks will eventually be euthanized because there are not enough adoptive homes for them. 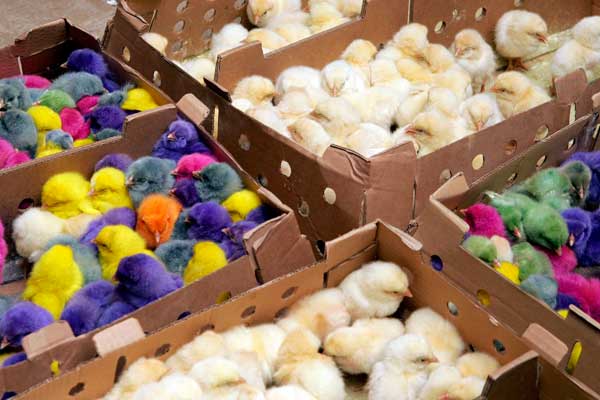 In addition to the problems of caring for young chicks, the practice of tinting animals is also problematic for other, ethical reasons. According to the New York Times, about half of the United States currently have laws against dyeing animals. The process is unnecessary and invasive.

“You take regular food coloring and inject it into the egg on the 18th day of incubation,” said Peter R. Theer, a retired poultry rancher who lives outside Lampasas, Texas. “They take 21 days to hatch. Put a little dab of wax on top to cover the hole up, and put it back in the incubator.”

But this is only one method; the other is even crueler.

The tinting process begins with newborn chicks inside a large bucket or container. A worker will pour food dye over the chicks before shaking them — similar to tossing a salad — to obtain an even coat. Some don’t survive the process, while others sustain injuries like broken bones. None of the birds make it out unscathed from the process.

Please remember, baby chicks might seem like a cute gift, but they grow up into adult chickens who will need time, attention, and veterinary care. Instead of offering children brightly colored chicks as real, live toys choose a cute stuffed toy for their vegan Easter basket instead.

Plan the perfect vegan Easter meal to share with friends or family this holiday with these recipes. 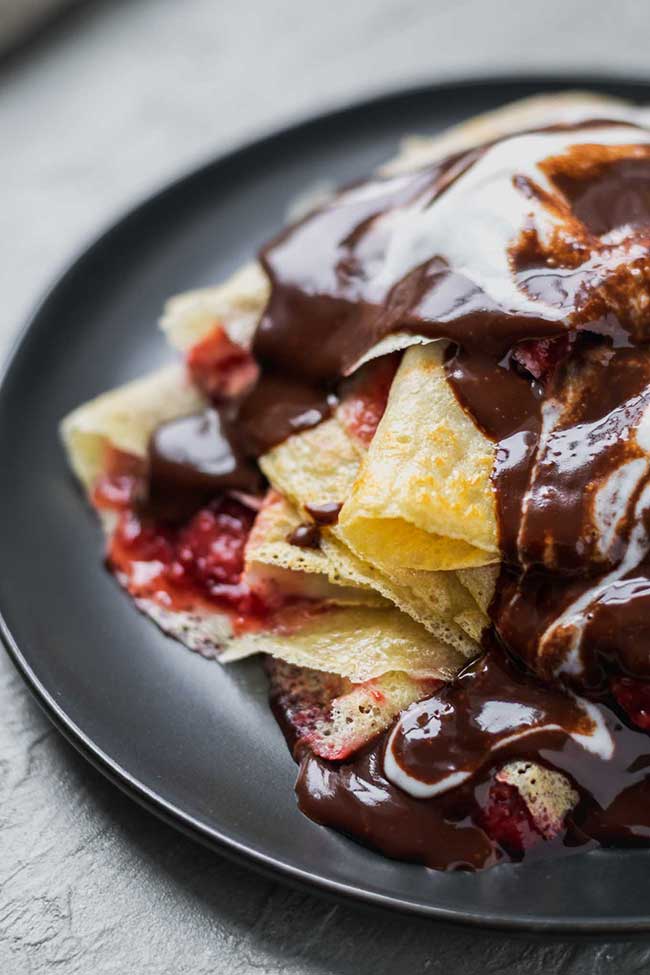 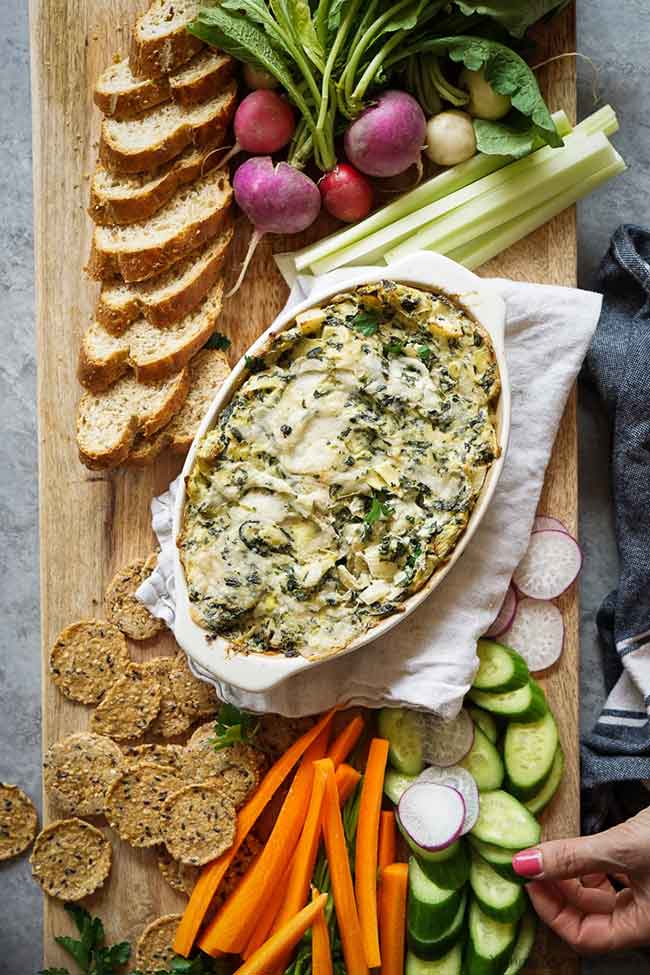 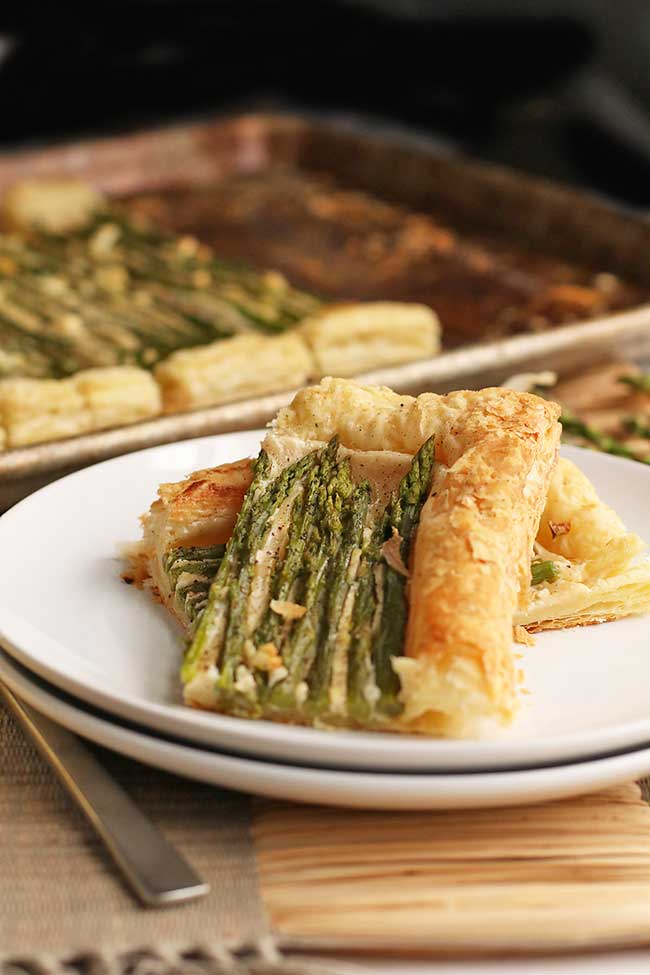 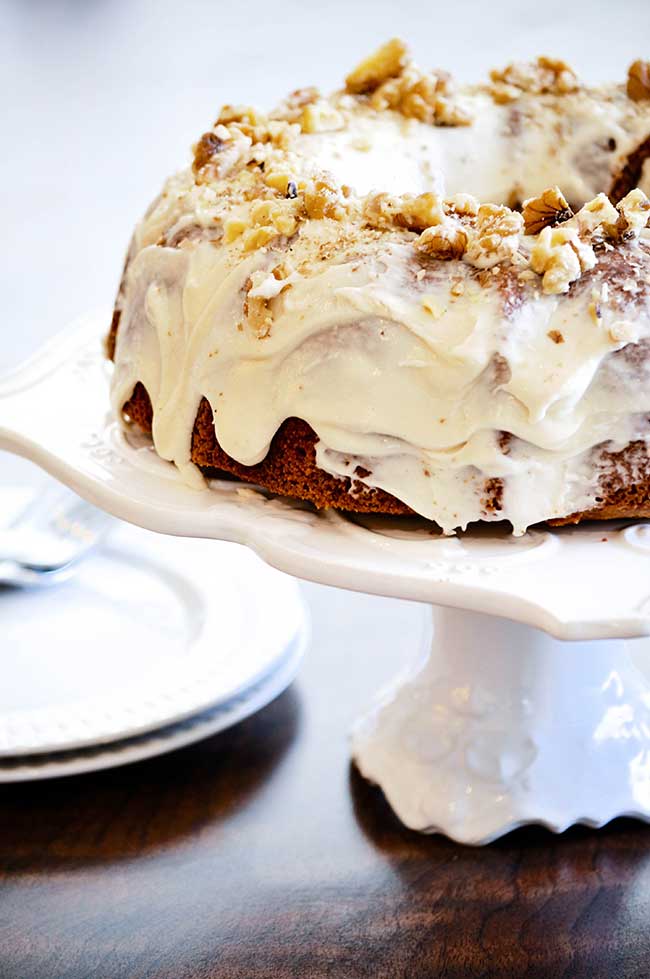 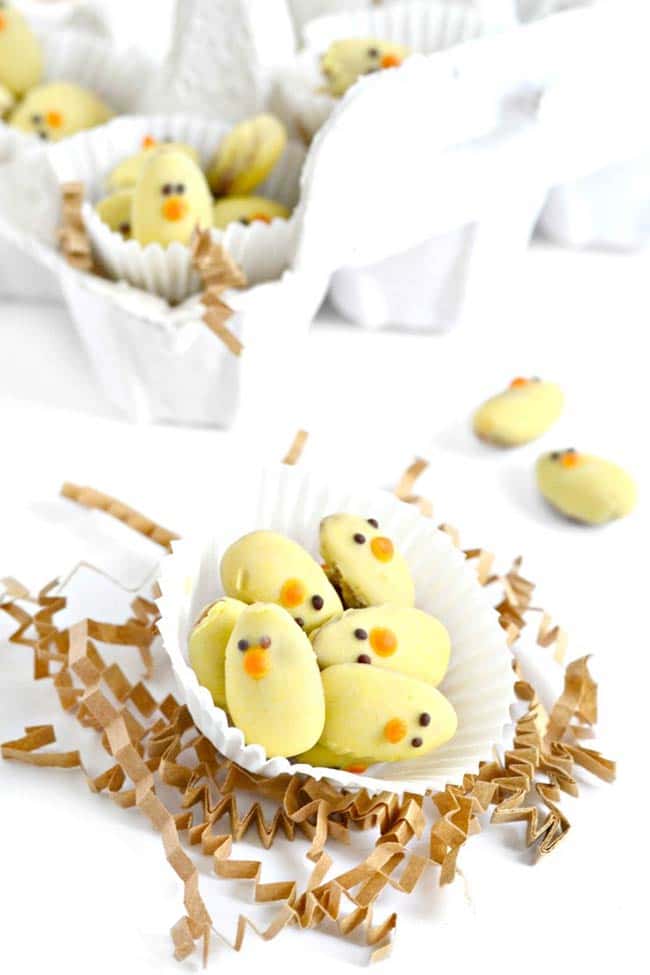 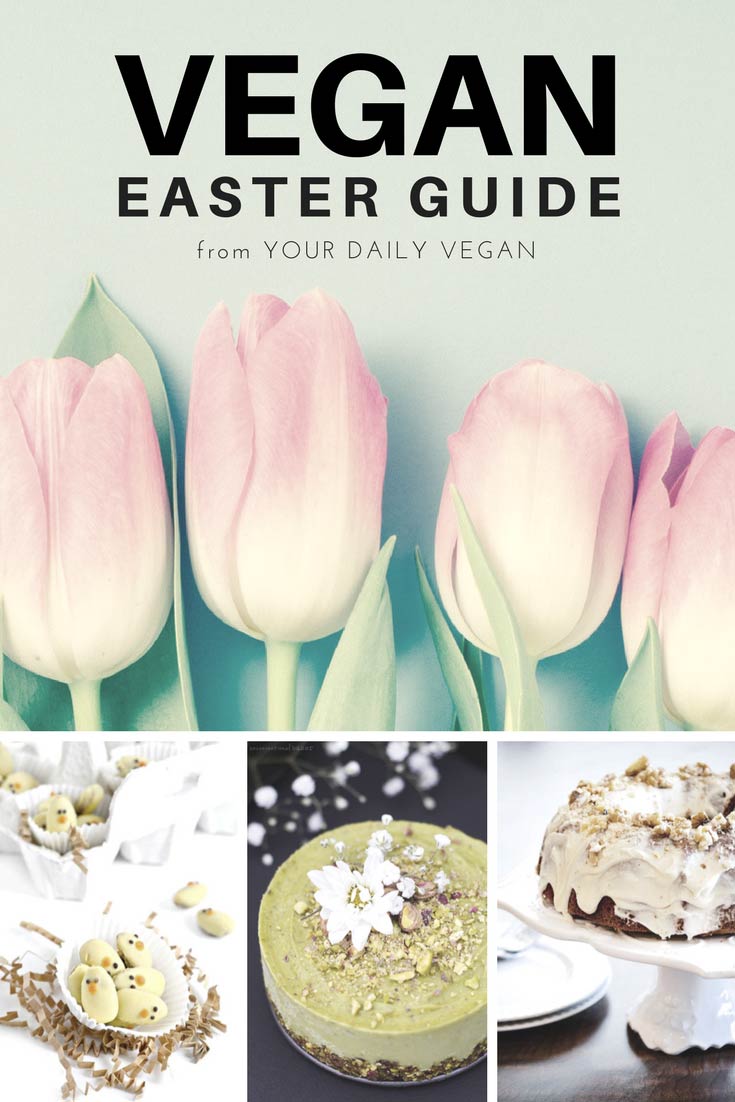 I am committed to providing accurate information to the vegan community. Meticulously researched, the topic explored in this article contains knowledge available at the time of publishing. Reviews and updates happen when new material becomes available.