For the Animals, Period. 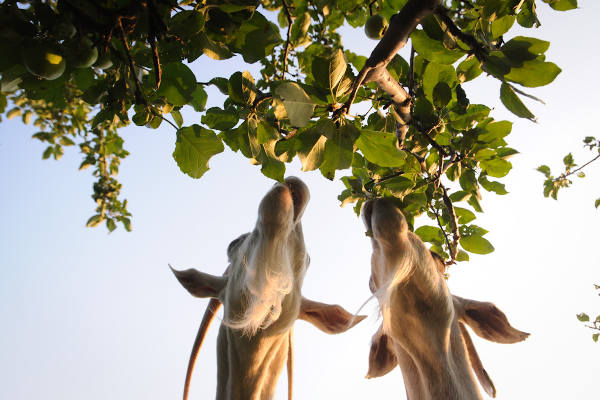 I was eating chips with some really yummy black bean salsa the other day at work.

A co-worker looked at my plate. “You can eat that?”

I paused. “What in the world makes you think tortilla chips aren’t vegan?”

“I thought vegan was about health.”

I cannot blame him for this statement. The word “vegan” has become much more well-known in the years since I read Skinny Bitch in 2008. And I blame those who use it incorrectly for perpetuating incorrect assumptions about veganism.

But the fact that mainstream media rarely delves further into veganism than its “kickstart your diet” powers means that the 98 percent of people who eat animals aren’t being told about how animals are treated. Veganism isn’t discussed as an ethical stance. It’s something that people do before six, or in an -ish type of way, or only when a dairy cheese pizza or red velvet cupcake isn’t around. After all, it’s much easier to cheat on a diet than it is to take a mini-break from a belief that what we do to animals is wrong.

I’m not saying that choosing veganism doesn’t have the potential for added personal benefit; of course it does. If you happen to ditch junk and processed foods for more whole foods, that’s awesome and good on you! But it’s possible to be a junk food vegan. You can eat all the crap you want and still not exploit animals. Not eating animals is the single most important thing you can do to help save the environment. But let’s think about it: you can be the type of person who leaves every light in the house on and drives a Hummer, and be vegan.

Veganism may be defined as a way of living which seeks to exclude, as far as possible and practical, all forms of exploitation of, and cruelty to, animals for food, clothing or any other purpose.

As an ethical vegan website, we talk about many aspects of veganism, and yes, we get into health and environment, and sometimes even celebrities and cupcakes. But to be clear, we are vegan twenty-four hours a day, seven days a week, whether Michael Pollan believes that slaughtered animals have one bad day out of a good life or whether Mark Bittman believes there is no benefit to being vegan after six. We are vegan for the animals, and we hope to make it clear why they are the important factor in our choices.