The Healing Power of Cats (Does Cat Purring Really Work?)

As it’s Halloween this week, I decided to write about (not so) frightening felines! Cats have a strong link to Halloween, primarily because of superstition. Apparently, this superstition depends on where you live in the world. In Britain and Japan, having a black cat cross your path is considered good luck, whereas if you live in the USA or several European countries, it is bad luck to have a black cat walk by. (1)

Today I am going to talk about a super power that all cats possess – the power to heal.

My cat is called Harry and he is definitely very special. I have watched Harry embark on a journey which he started as a very timid and nervous cat. I brought him home from a cat shelter together with his brother Marv (and if you think these names sound familiar, yes I did name them after the villains ‘Harry and Marv’ from the Home Alone films!). Marv was the affectionate, mischievous, and daring cat, whilst Harry would follow in his shadow. One day, Marv and Harry were out playing in the garden, but later on, Marv didn’t come home. We later found out that Marv had been hit by a car close by. We were devastated for poor Marv, but also for Harry – he had lost his only friend in the world, and we didn’t know if he would be able to survive without him. 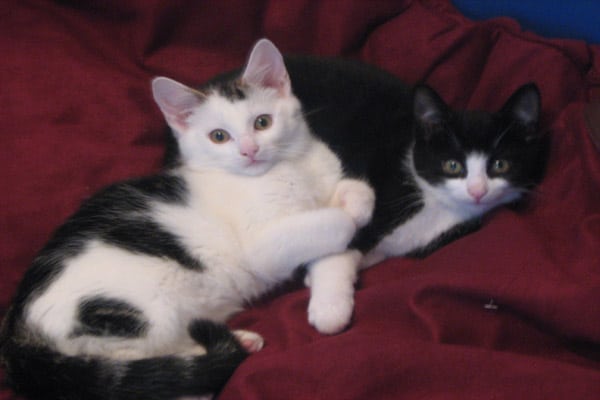 As the days passed, it was clear that Harry deeply missed his brother. He would look for him, and wait for him, but of course Marv would never come. Then something amazing began to happen – as time went by, Harry started to change. He began to want attention and fuss all of a sudden; it was like he knew he needed somebody to help him through his grief. He would cuddle up to me for the first time since I brought him home. This was when Harry became so much more than an animal I shared my home with, he became my friend.

Nowadays I can barely spend a few minutes without Harry making his presence known somehow. He has transformed into a lovable, brave and highly affectionate cat, and I feel privileged that he has trusted me enough to form such a strong companionship with me. At the same time as this transformation, I had recently cut out dairy from my vegetarian diet, and after seeing how much pain Harry was going through due to losing his brother, it made me think more about the emotional torture dairy cows must go through when their calves are taken away from them. I’m pleased that Harry has allowed me to make this deeper connection and couldn’t imagine my life without him. Although Harry doesn’t know it, the fact that he chooses to spend so much time with me is not only comforting to him, it’s also improving my health. 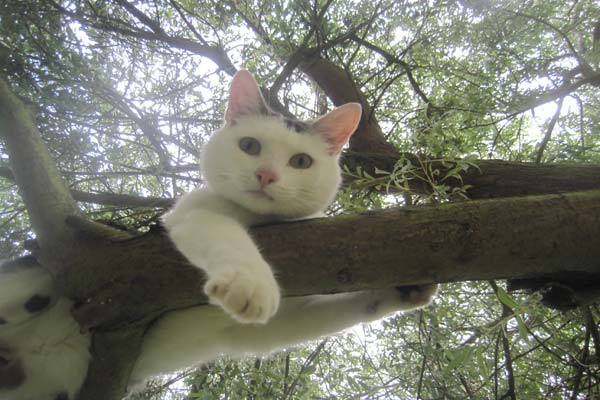 I’ve always heard that cats have same kind of healing power, but was never quite sure what this really meant. So I decided to investigate, and it turns out there have been countless discoveries linked to how cats do have healing powers. One researcher that put it all together was Elizabeth von Muggenthaler of the Fauna Communications Research Institute in North Carolina.

Elizabeth’s research first explains the reason why cats purr. Now, I thought it was a well-known fact that cats purr when they’re happy, but it turns out this there’s a bit more to it than that. They do purr to show their happiness, but they also purr when frightened, severely injured, giving birth and even while dying. Because of this, the contentment hypothesis clearly cannot be the only reason cats purr.

“For the purr to exist in different cat species over time, geographical isolation etc. there would likely have to be something very important (survival mechanism) about the purr. There also would have to be a very good reason for energy expenditure (in this case creation of the purr), when one is physically stressed or ill. The vibration of the cat’s diaphragm, which with the larynx, creates the purr, requires energy. If an animal is injured they would not use this energy unless it was beneficial to their survival.” (2)

So does this mean that cats purr to somehow help them survive? Maybe. Elizabeth goes on to explain that several types of healing can occur with the frequency of a cat’s purr such as:

It’s all to do with frequency – the frequency of a cat’s purr has proven to be therapeutic for many illnesses, and can even heal broken bones! Elizabeth then summarises these findings by stating, “It is suggested that purring be stimulated as much as possible when cats are ill or under duress. If purring is a healing mechanism, it may just help them to recover faster, and perhaps could even save their life.” So in addition to healing the people around them, cats are actually able to heal themselves, too. They say cats have nine lives, and maybe this is why! 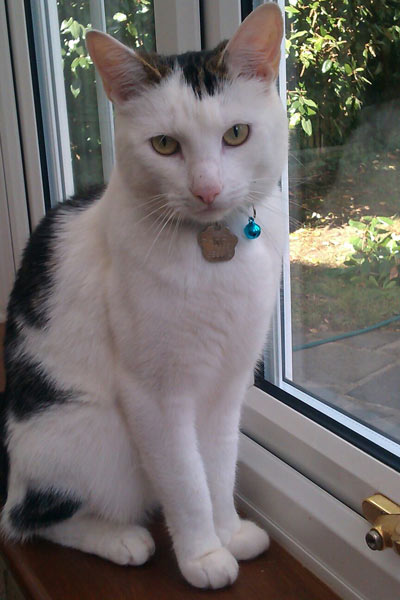 The healing power of cats has been so widely researched, and their powers have been linked to a multitude of things. In fact, the more I looked into it, there doesn’t seem to be anything cats can’t do! Look at these other interesting facts:

So there you have it, it turns out that cats truly are superheroes! Apart from their incredible healing powers, they each have their own special personalities just like we do. Unfortunately, even with all these special powers, there are still so many unwanted cats that are in need of a loving home. Let’s work together to change those statistics! And don’t forget, adopt don’t shop!