Vegan mashed potatoes. This comfort food is a staple for rich gravies and savory vegetables, and it’s also America’s favorite Thanksgiving side dish.

Traditional recipes call for butter or milk, so making a vegan version might be confusing if you’ve never done it before. Deceptively simple, delicious mashed potatoes have just a few ingredients, but it’s easy to get it wrong.

Here’s how to get the perfect bowl of vegan mash to the table. 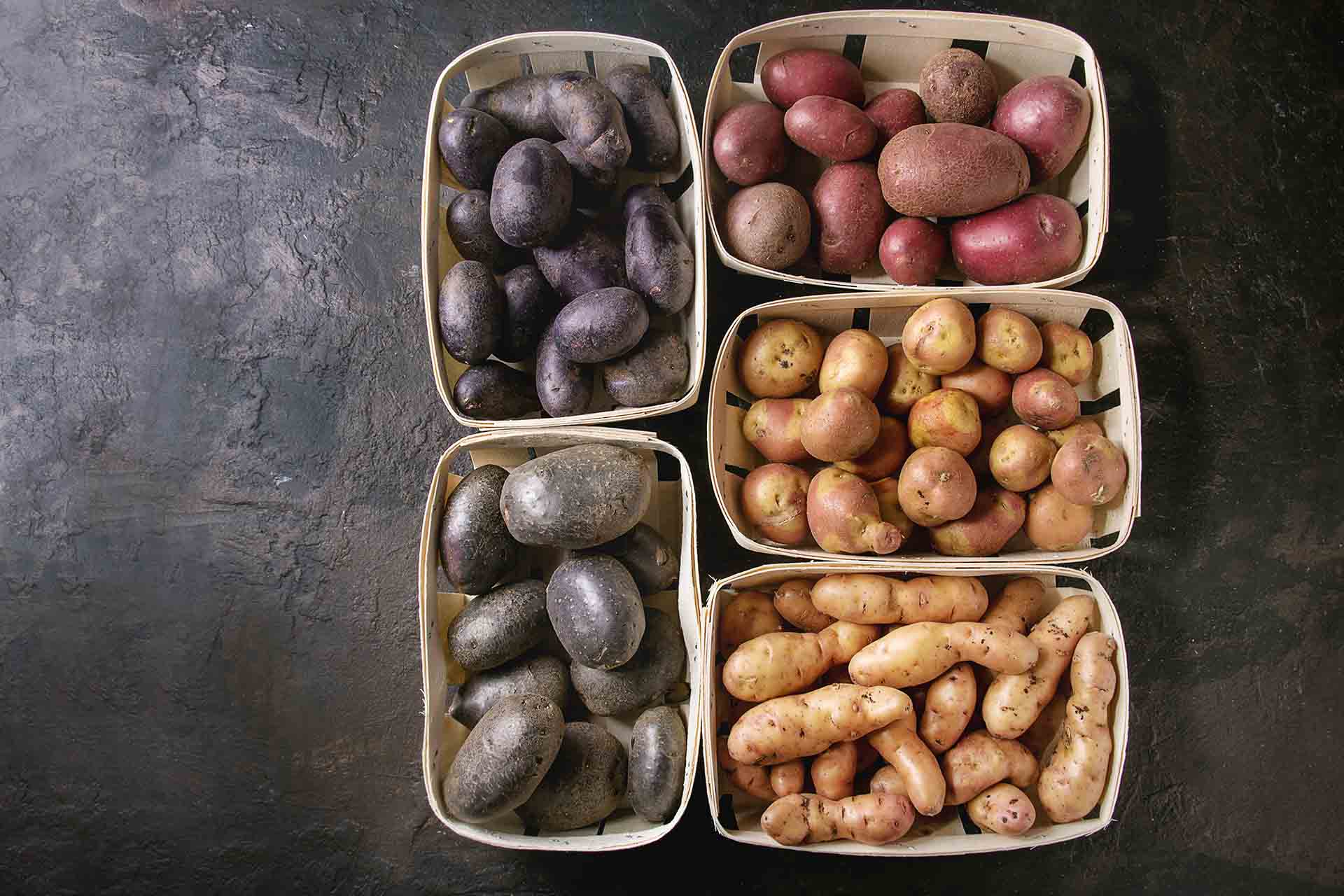 Step One: Choosing the Right Potato

The humble potato is the world’s fourth-largest food crop. While most people associate the potato with Idaho, its birthplace is Peru, a country that has roughly 4,000 varieties of spuds, far more than anywhere else.

Here in the United States, there are more than 100 different varieties sold. Each of these varieties fit into one of seven potato categories: russet, red, white, yellow, blue/purple, fingerling, and petite.

Getting the perfect mash begins with picking the ideal potato.

Choose starchy potatoes like Russets or Yukon Golds, which are the best at soaking up the vegan butter and milk.

Or better yet, use a mix. Using different varieties of potatoes results in a fluffy mash that has a good depth of flavor, and it looks pretty too.

For a fancy mash, mix in sweet potatoes, parsnips, or turnips. 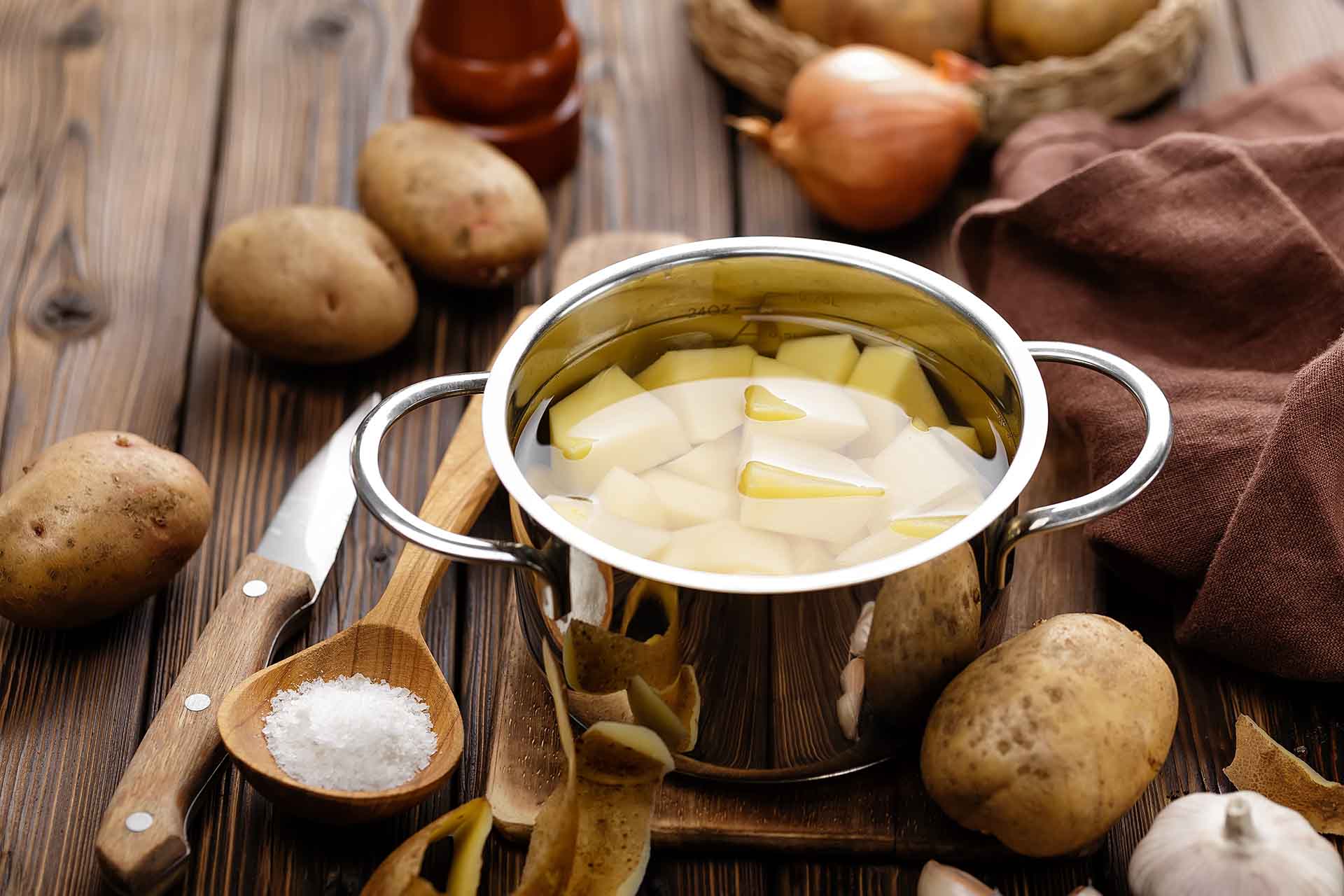 Believe it or not, the way you cut your potato will affect the final dish’s taste.

Keep small potatoes whole and cut larger ones into chunks about one and one-half inches thick. If you cut them smaller, they absorb too much water, start to look transparent, and won’t soak up other ingredients later. The result will be incredibly bland.

And no one likes bland mash!

Also, you’ll never want to add potatoes to an already-hot pot of water; doing so increases the chances of uneven cooking. The outside of the potato will be overcooked, while the inside will be firm and inedible.

Now that you know what not to do, let’s talk about what to do.

Don’t Do This When Making Vegan Mashed Potatoes

As you cut the potatoes, place them in a large pot with cold water to keep them from discoloring. Once they’re covered, add salt.

Like pasta, potatoes soak up the liquid they are cooked in. Adding salt to the water will help you avoid bland potatoes.

Then, put the pot on the stove and bring it to a boil. Lower the heat to a simmer and cover so that the potatoes steam while simmering.

They’re fully cooked when the tip of a sharp knife goes into the potato without resistance. 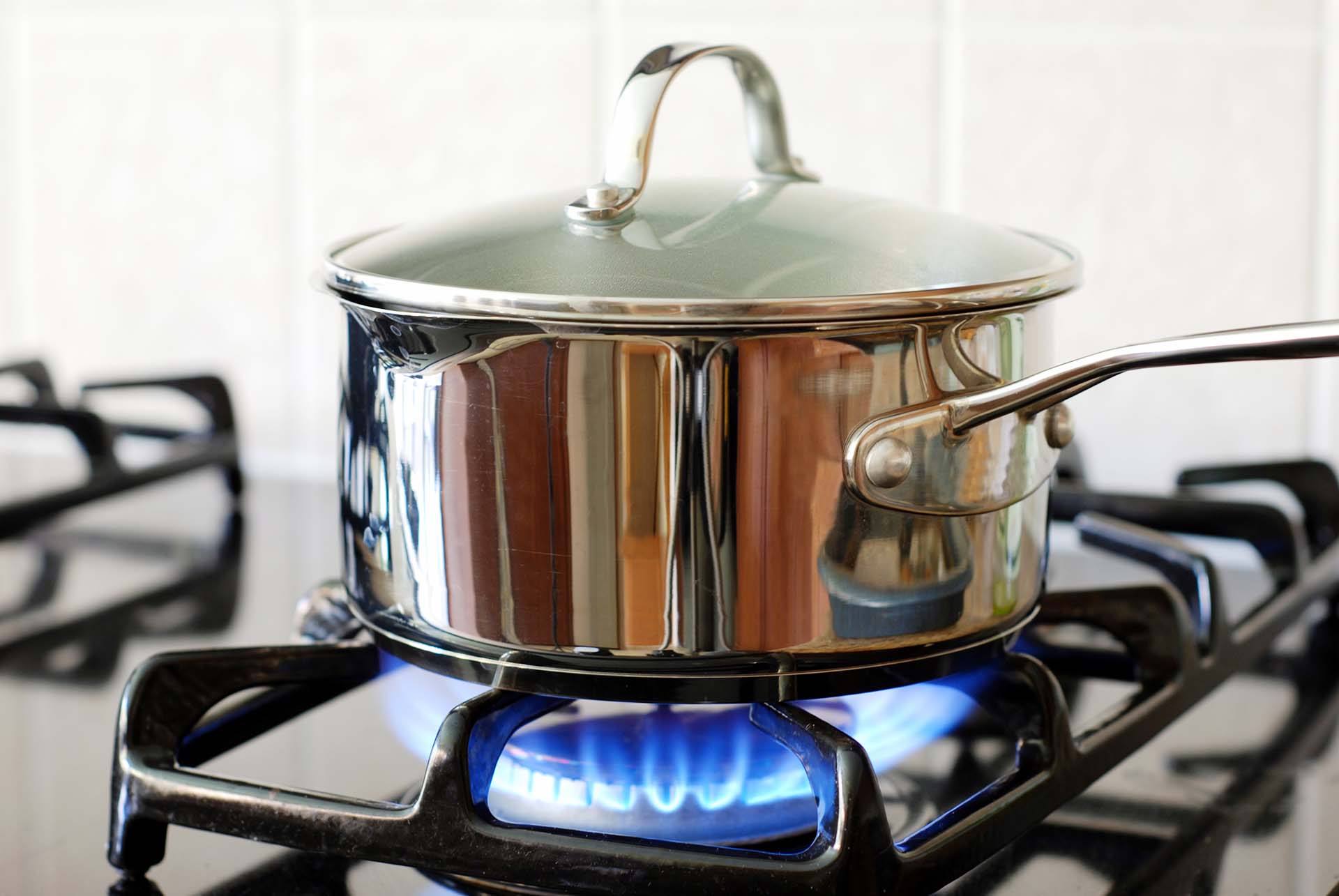 Step Three: Warm it Up

Dairy-Free Butter and cream (or milk) are essential for crave-worthy vegan mashed potatoes but don’t add them directly from the fridge. Adding them chilled not only cools down the spuds, but they don’t get absorbed very well either.

The simple solution? Warm them up!

Bring vegan butter and your favorite non-dairy milk to room temperature by setting them out on the counter before preparing the potatoes, or gently heat them on the stovetop. Doing so will help the potatoes to absorb them.

Plus, you won’t overwork the potatoes mixing in the butter and milk. Less mixing means a fluffier mash. 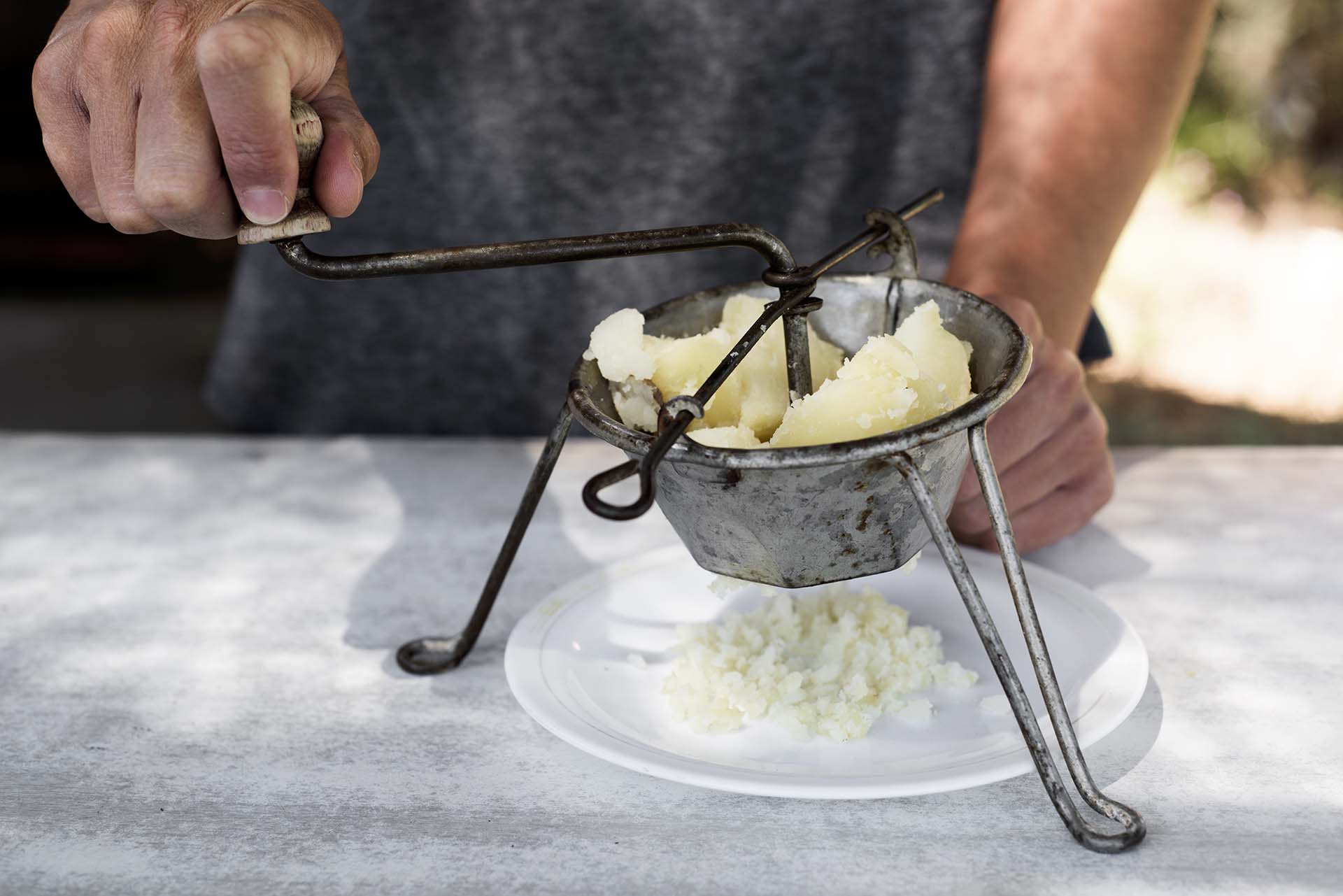 Potatoes being used in a food mill  / Source

Much like how you cut the potato affects the final taste of the dish, different mashing methods can drastically alter your result.

The trick is to know which method releases the most starch into the dish: the more starch, the gummier the potatoes.

Avoid using appliances like food processors or blenders. They release too much starch, resulting in a gummy-like consistency. Instead, use a simple hand masher found in any essential cookware section of a store.

For a lumpy mash, use the wavy-lined style hand masher; for fewer lumps, choose a grid-shaped masher.

If you prefer a smoother mash, use a hand mixer with beaters. Doing so will incorporate air.

Using a food mill, ricer, or tamis will result in fluffy potatoes.

And for the ultimate creamy potatoes, try whipping potatoes in a stand mixer- they’ll develop some starch, but remain dreamy and creamy. 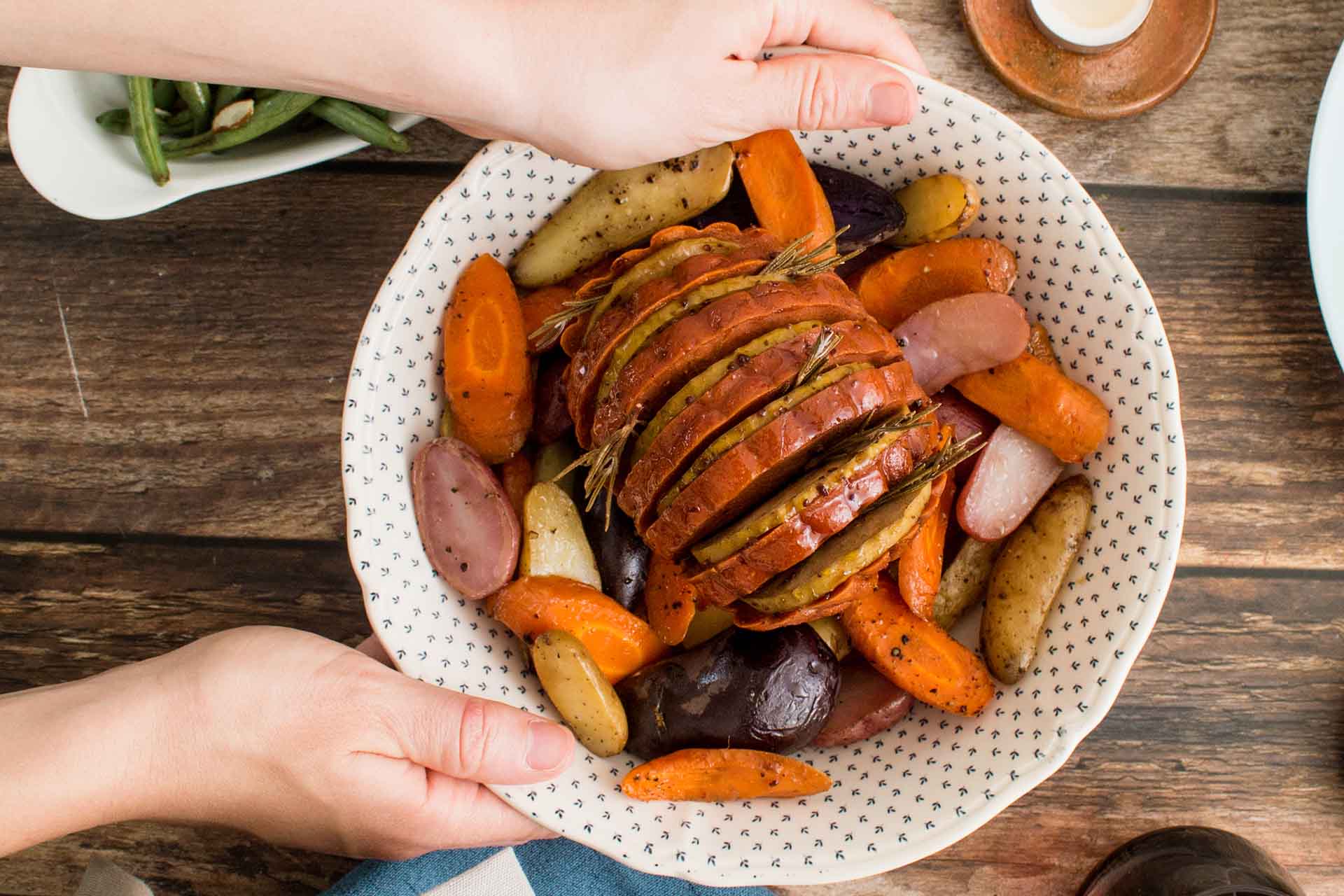 Mashed potatoes are America’s favorite Thanksgiving side dish (I disagree with you America, give me all the stuffing), but it’s not the only favorite.

It features three shopping guides, a list of vegan cookbooks perfect for the holidays, and more than 150 vegan recipes sorted into three full menus: vegan, gluten-free, and raw.

But what about non-vegans? The people not looking for vegan recipes to replace family holiday favorites? Or the people who love a vegan but have no idea how to feed one.

I can help with that too.

How to Feed Vegans at Thanksgiving will walk you through the basics of cooking for vegan loved ones. Incredibly thorough, this article is a must-read for non-vegan family and friends hosting holiday dinners.

A cheat sheet to help you find what you’re looking for at stores. 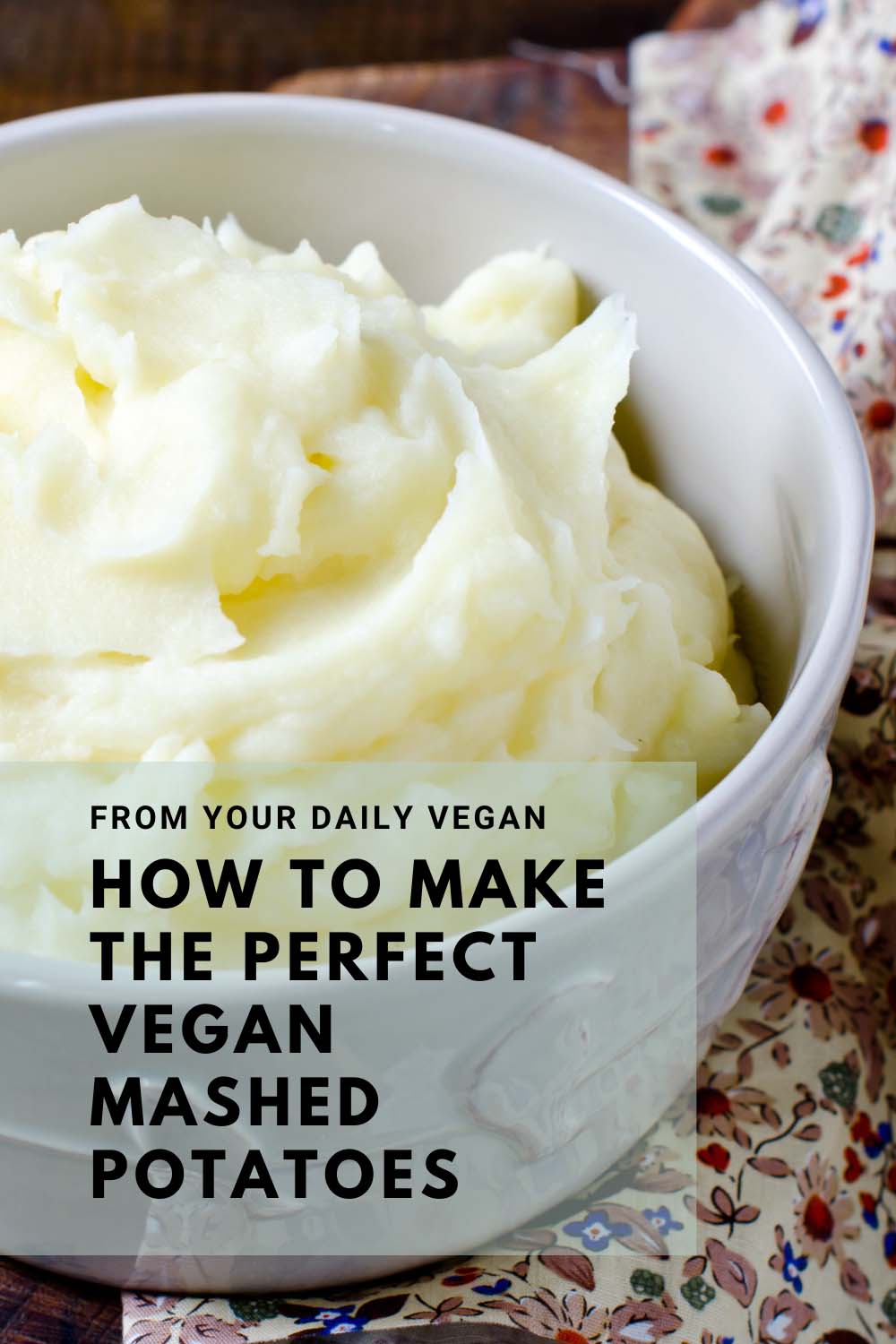 I am committed to providing accurate information to the vegan community. Meticulously researched, the topic explored in this article contains the information available at the time of publishing.

All photos via Thinkstock except the holiday roast which is from the manufacturer, Tofurky.