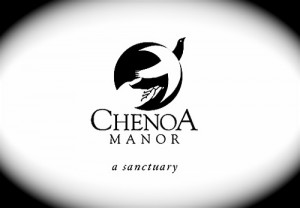 Those are the words of Dr. Rob Teti, founder and Executive Director at Chenoa Manor Animal Sanctuary, and they couldn’t be more true.  Chenoa Manor Animal Sanctuary is home to more than 200 animals, most were either neglected, abused, or on their way to slaughter before they were rescued.  And now these animals play an important role working with disadvantaged teens.  The sanctuary “…encourages the positive interaction of at-risk teenagers with our animal residents.  The importance of this experience is to instill a sense of compassion and respect toward other individuals through positive interaction with animals. If a young person can develop a relationship with an animal resident based upon mutual trust, patience, and understanding, then those same qualities may be carried over to the teen’s relationships with other individuals.”

Christian Payne, 17, who has been going to the sanctuary for five years said, “Taking care of the animals and just being around them helps me calm down.”

The teens learn compassion and respect during their visits with the animals.  And it’s a lesson that Dr. Teti hopes will move into other areas of their lives.

“There are so many similarities between the backgrounds of the animals that come to Chenoa Manor and the teens that come through here,” says Teti. Some come from difficult or disadvantaged backgrounds. Most have, at some point, been misunderstood. All can benefit from nurturing and self-empowerment. “The teens flourish in an environment where they are allowed to be themselves,” Teti adds, “and likewise with the animals.”

Just imagine having the experience of being nurtured at a young age on a farm of rescued animals.  Imagine how powerful that experience would be.  One part of the disassociation of farmed animals to humans is that we do not regularly interact with farm animals.  Most people will never step foot on a real farm, so imagining those animals lives is difficult.  It’s a valuable lesson to be learned.

Chenoa Manor is supported by an active Board of Directors, with no paid staff, and rely exclusively on contributions from the public.  Dr. Teti himself provides the animals their daily care as well as their veterinary needs, as he is a licensed veterinarian.  And he funds roughly 65% of Chenoa Manor’s annual operating budget, all of which goes directly and entirely to animal care.

The sanctuary is home to a historic 1813 bank barn that Dr. Teti hopes will eventually house more pigs, cows and horses.  The only problem?  He needs to raise $200,000 to renovate and restore the barn.  A recent fund-raising event yielded $5,900 towards the goal, leaving a large amount left to raise.  And the benefits are twofold.  From the article:

“The expansion of the bank barn will benefit not just the animals, but also children from programs like the Community Boys & Girls Club of Wilmington, whose members have participated in workshops crafting artistic treat-filled toys for animals or sketching them in their environments.  An entire floor of the structure will be devoted to an art studio and gallery for students to paint landscapes and animal portraits or to throw clay sourced from the property’s own creek bed.”

To make a donation or request a tour of Chenoa Manor, please visit www.chenoamanor.com.