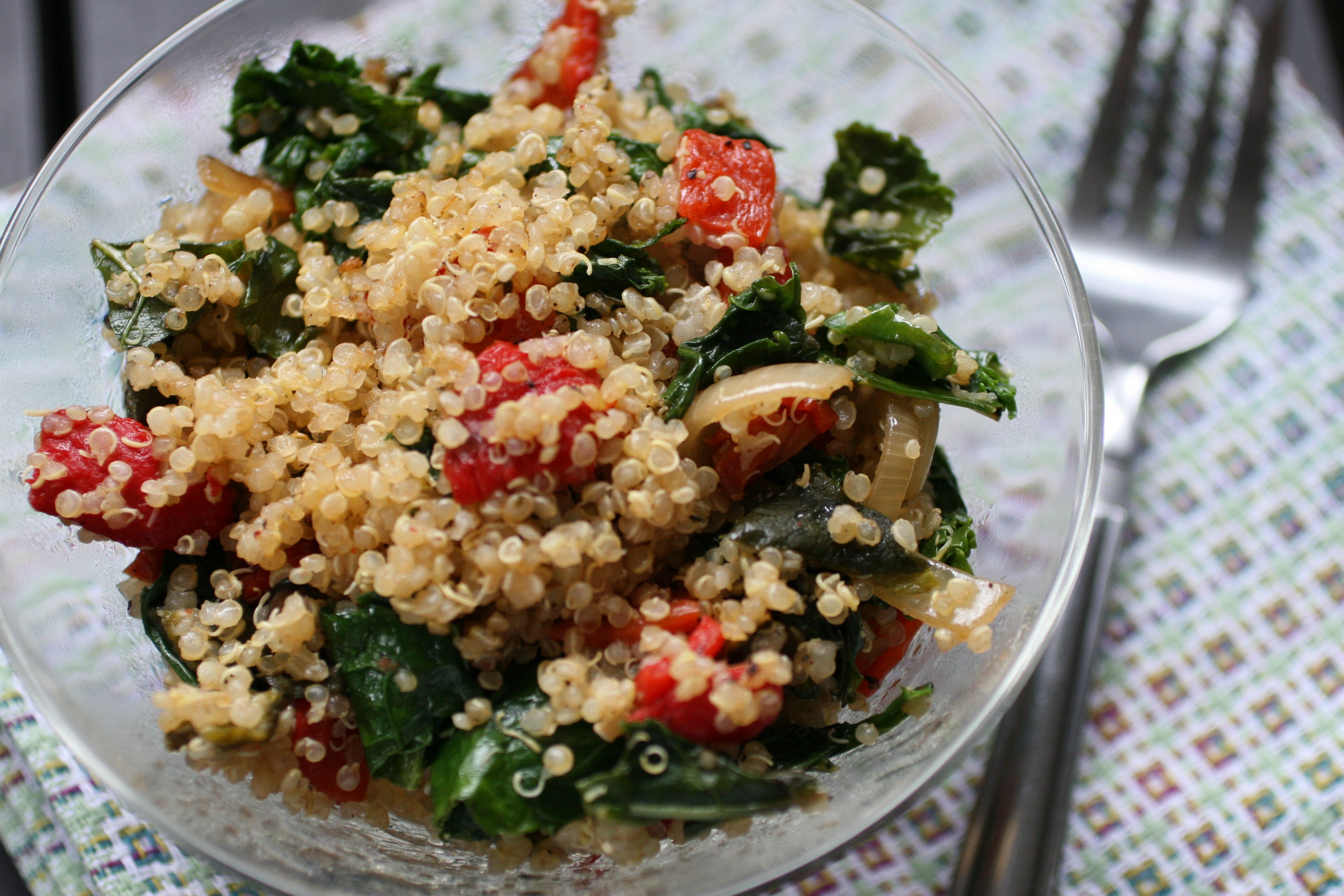 Sometimes I make food that turns out as pretty as it is tasty, this is one of those dishes.

This was surprisingly good.  Want to know how to make it?  I’d love to be able to tell you.  The thing is, I didn’t know what I was going to make when I started cooking.  Even as I pulled things out of the refrigerator I wasn’t clear on what I was making.  Have you ever done that?  Sometimes you get something fantastic that you want to be able to duplicate, other times you’re left with something you wish you never concocted.  Good thing for me that this turned out to be fantastic.  And apparently I made an army-sized portion of it, so I know it tastes good reheated over (and over and over) again.

Here’s basically what I did.

First, do you keep cooked quinoa on hand like I do?  No?  Okay, get your quinoa rinsed and on the stove so it can cook while you roast the peppers.  I roasted my peppers in an iron skillet.  I washed them, then tossed them in the skillet and placed them under the broiler- turning them until all sides are nice and blackened.  They look like this: 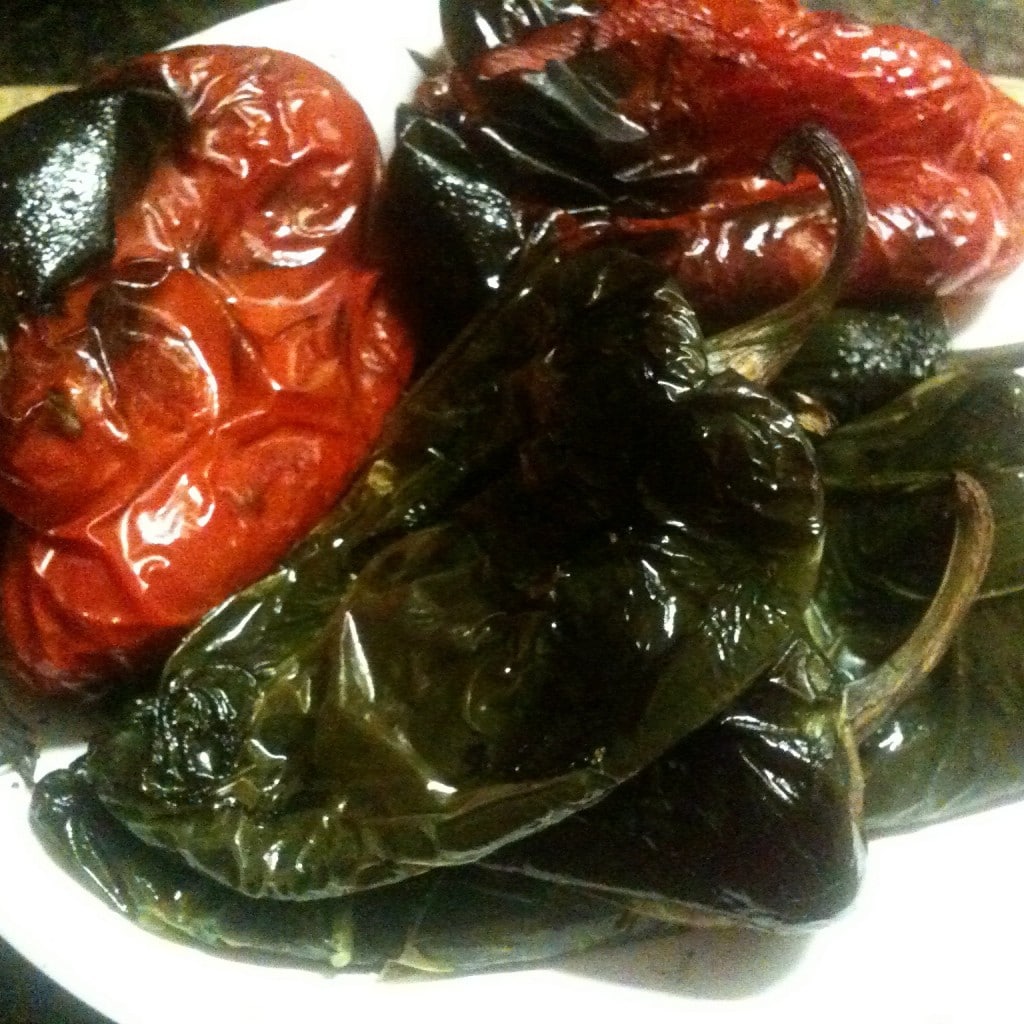 Once blackened, set aside to cool.  Once cooled, peel blacked skin off and de-seed.  Cut into pieces and put in a large bowl.  Next, slice onions and place (in the same) iron skillet and cook until golden.  While onions are cooking, cut up the sun-dried tomatoes, jalapeno (de-seed it so it’s not as hot), and the kale.  Put onions in the bowl with the peppers when done.

Next cook the kale (in the same iron skillet) until just wilted.  Add to bowl with peppers and onions.  I didn’t cook my jalapeno, you can if you want.  I added the jalapeno and sun-dried to the same bowl as the peppers.  Add the cooked quinoa and spice with salt and pepper.  I didn’t add oil to this, though later I thought that it could use some.

Even blurry, it’s still so pretty!