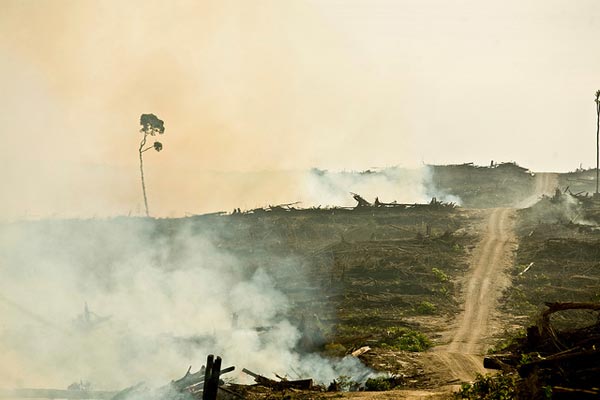 The terrible fate of Raja the baby elephant, chained and held hostage by an angry mob: “An image that will haunt you and a story that will enrage you. In this shocking expose the Duchess of Cornwall’s brother reveals how baby elephant Raja was shockingly mistreated as he was kept captive in Sumatra. Following the deforestation of the land to produce palm oil, elephants have been forced to live with humans, destroying farms, flattening houses and sometimes killing people. Villagers took Raja, and demanded compensation after his family ruined crops in the area…. And, to make matters worse, the only certification body to monitor the production of so-called ‘sustainable’ palm oil is immensely flawed. Consumer industries are hiding behind a fallacy.” In other words, RSPO hardly means anything when you’re buying margarine or other food containing palm oil. 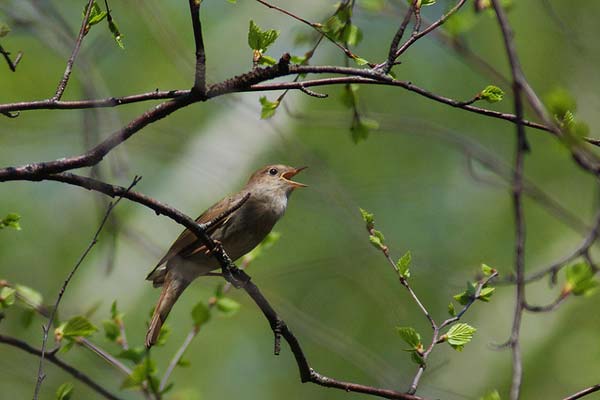 Nightingales’ tags reveal habitat change on migratory routes. “The decline of the nightingale in the UK could be due to changes in its habitat along its migratory route to Africa, a study has shown. Last year Anglian Water and the British Trust for Ornithology (BTO) fitted 10 birds at Grafham Water in Cambridgeshire with tracking devices. Seven birds have come back with data about their 3,000 mile (4,828 km) journey to Senegal and The Gambia. The tracker information will be fully analysed by the autumn. A BTO spokesman said nightingale numbers had dropped by more than half since 1995, with only 6,000 singing male nightingales remaining in the UK.”

India bans cruel animal testing for cosmetics, activists elated. “Animal welfare groups were elated on Friday as India took the all important decision to ban cruel animal testing methods for cosmetic products. The Bureau of Indian Standards has on Saturday approved the removal of any mention of animal tests from the country’s cosmetics standard. The use of modern non-animal alternative tests also becomes mandatory, replacing invasive tests on animals.”