To those who know me, it is no secret that I am a little bit of a rabbit fan. As I began my journey into rabbit love, there was no greater asset to my understanding of them than the House Rabbit Society, a non-profit rabbit rescue whose mission is to rescue abandoned rabbits and to educate the public and humane societies on these often misunderstood animals.

There is no other time of year when they are more misunderstood than the Easter season, when rabbits are bought as Easter gifts for children who are too young to understand the full extent of care needed for these animals that can live upwards to ten or twelve years. The majority of rabbits originally bought as Easter gifts are later either surrendered to rescues, or worse, released into the wild where they cannot survive.

The House Rabbit Society is unique because it is the only international rabbit-oriented organization in the world. The organization has thirty-one chapters in twenty states (as well as in Canada and Italy) which work like miniature organizations under the larger umbrella of the society. The House Rabbit Society also has educators and fosters in in ten states, Canada, Hong Kong, Singapore, Japan, and Australia. No other group does this much advocacy work on behalf of rabbits.

On a recent trip to San Francisco, a friend offered me the opportunity to visit the Adoption and Education headquarters of the House Rabbit Society, located in Richmond, a short ride into the Bay Area suburbs. To say I freaked out is an understatement; I felt like I was heading to Disney World.

A Day in the Life of a Rabbit Rescue 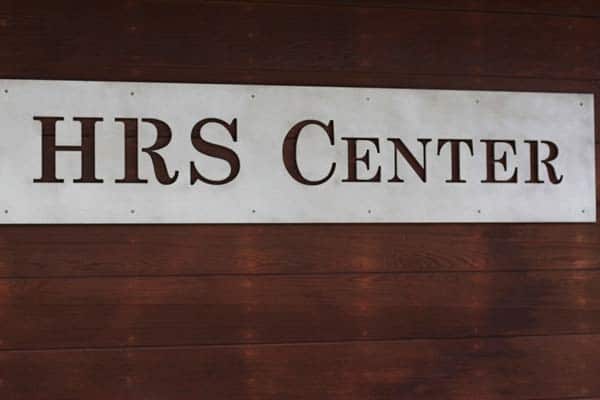 The organization goes on its daily operations in a small, unsuspecting building that looks more like a daycare building than a typical rescue. But as  you walk inside, you’re transported into a world where everyone knows and loves rabbits.

We met with Anne Martin, who was named executive director of the organization in 2013. Anne, who received her PhD from the University of California at Berkeley, has been an active animal advocate for years, and also serves on the board for Harvest Home Sanctuary. Now the executive director of the HRS for about a year, I could tell she deeply loved rabbits. She takes care of her own four rescued bunnies at home. 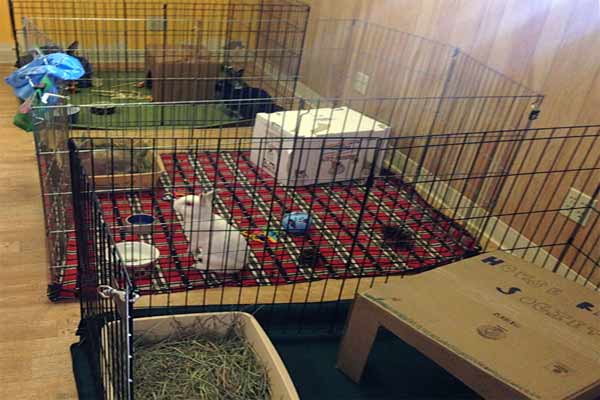 We were shown the facilities, which were not only spotlessly clean, but organized in a way I could only dream of in my own apartment. We were first shown the bunny boarding hostel, where local bunny-parents can drop their bunnies off while they are away. Not only is it a safe place to leave your rabbit, the boarding helps the society brought in extra money as well. 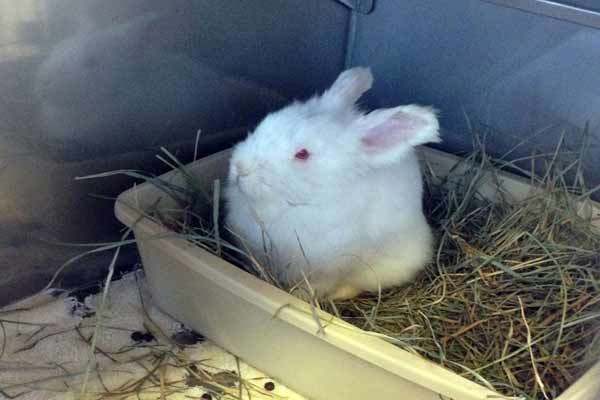 Anne walked us by a white board, which showed in large letters their goal: namely, the number of rabbits they hope to adopt out that year. Last year they surpassed their goal, and this year she hoped to surpass that number.

Anne then showed us their in-house veterinary station, where they have volunteer doctors give their time to help out with the rabbits the society brings in. In a room for new rescue rabbits, Anne talked to us about rabbit care as she introduced us to a group of rescued angora siblings. Despite their experiences, she said they were very trusting and interested in people.  We were shown the different rooms where the rescue rabbits live: large spaces filled with toys and wooden creations for them to hop on. At the moment, one rabbit, an albino named Petunia, was given free hop around time.  According to Anne, Albino rabbits are the least desirable of rabbits due to their looks. But Petunia was beautiful. She would jump, chew, and binky- she also loved to be petted. She did not fear anyone and was one of the gentlest rabbits I had ever met.

When the topic of Easter was brought up, Anne grimaced. I asked her if around this time they receive a lot of abandoned rabbits, and she explained that the society tends to see more rabbits at the end of summer. Many families give their children rabbits around Easter, but by the time summer ends and school starts, they lose interest in rabbits.

The House Rabbit Society is a valuable non-profit because it champions an animal that is often easily bred, hoarded, and abused. And a lot of it stems from public misunderstanding of the wants and needs of these animals. A lot of it stems from people thinking rabbits are simplistic animals with very little wants or needs. Education is the most valuable tool this group can provide, and they do so through comprehensive literature and advocacy. 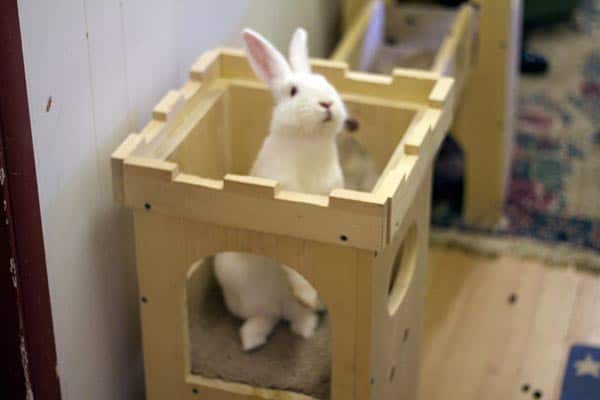 We spent the remainder of our time in the small gift and supply shop, which was full of bunny-adorned items, treats, bedding, hay and other toys that a bunny would binky over. In the center of the shop was a large pen, where Waffles the albino rabbit was sitting peacefully. As people walked in and out, he would rest. I spotted him doing many flops, which is a sure sign that a rabbit, normally a prey animal, feels safe in his or her surroundings. These are the kinds of small successes that make the House Rabbit Society a unique and special group.

Learn more from the House Rabbit Society about becoming an advocate for rabbits.