Have you ever made smashed potatoes?

I hadn’t until this year, and now that I’ve made them, I know I’ll be making them again sometime very soon.

I’ve seen them on recipe sites here and there, so this recipe isn’t entirely revolutionary, but I did want to put my spin on them. So I decided to top my smashed potatoes with Miyoko’s Double Cream Chive Artisan Nut Cheese.

Yup, I went there.

These humble spuds are dressed up as fancy-pants potatoes. 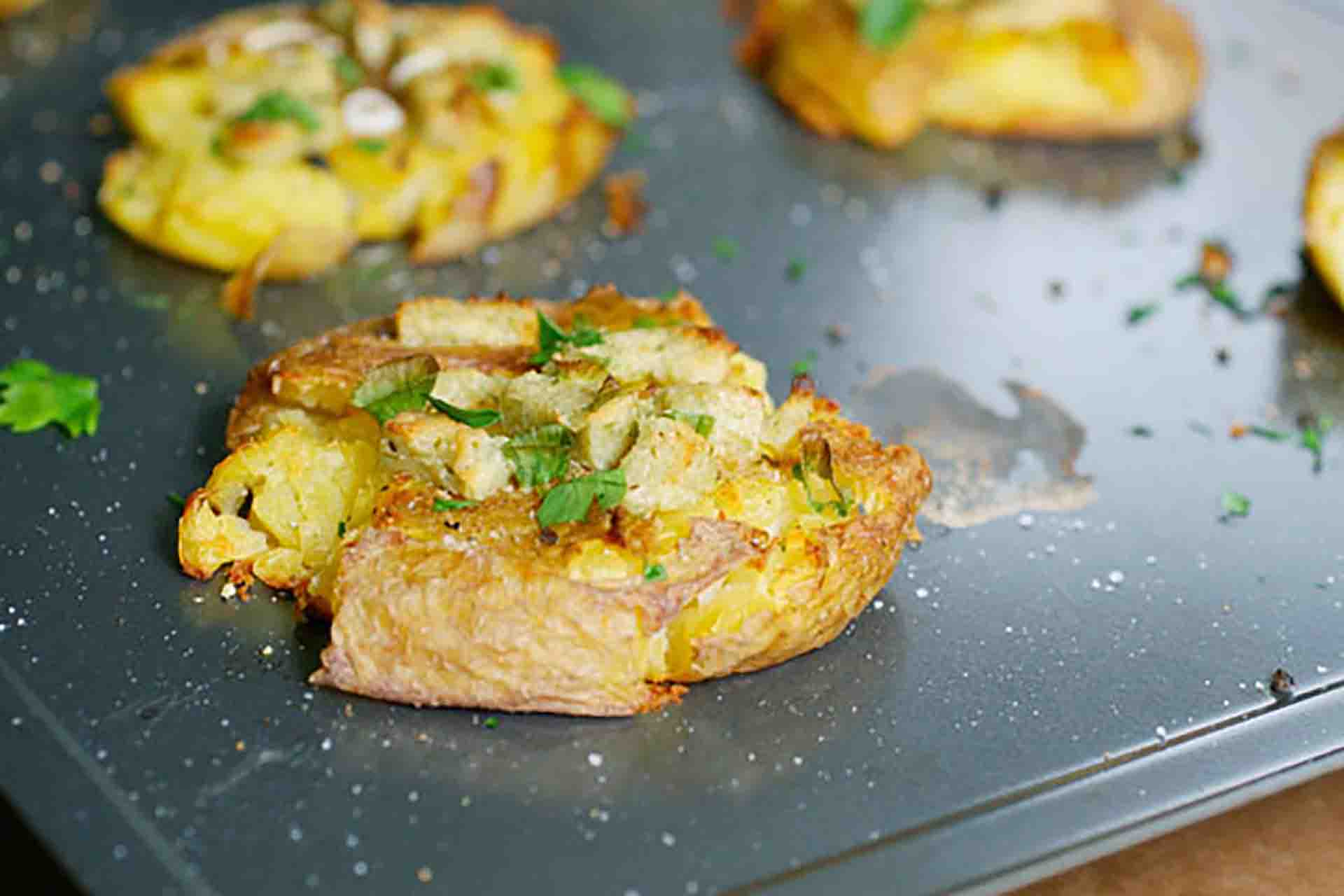 Vegan cheese has come a long way over the past decade. I chose an artisan nut cheese for this recipe, but you can select any flavor of cheese you want.

Look for a variety of options of shreds and wheels in the dairy-free refrigerated section of the grocery store. 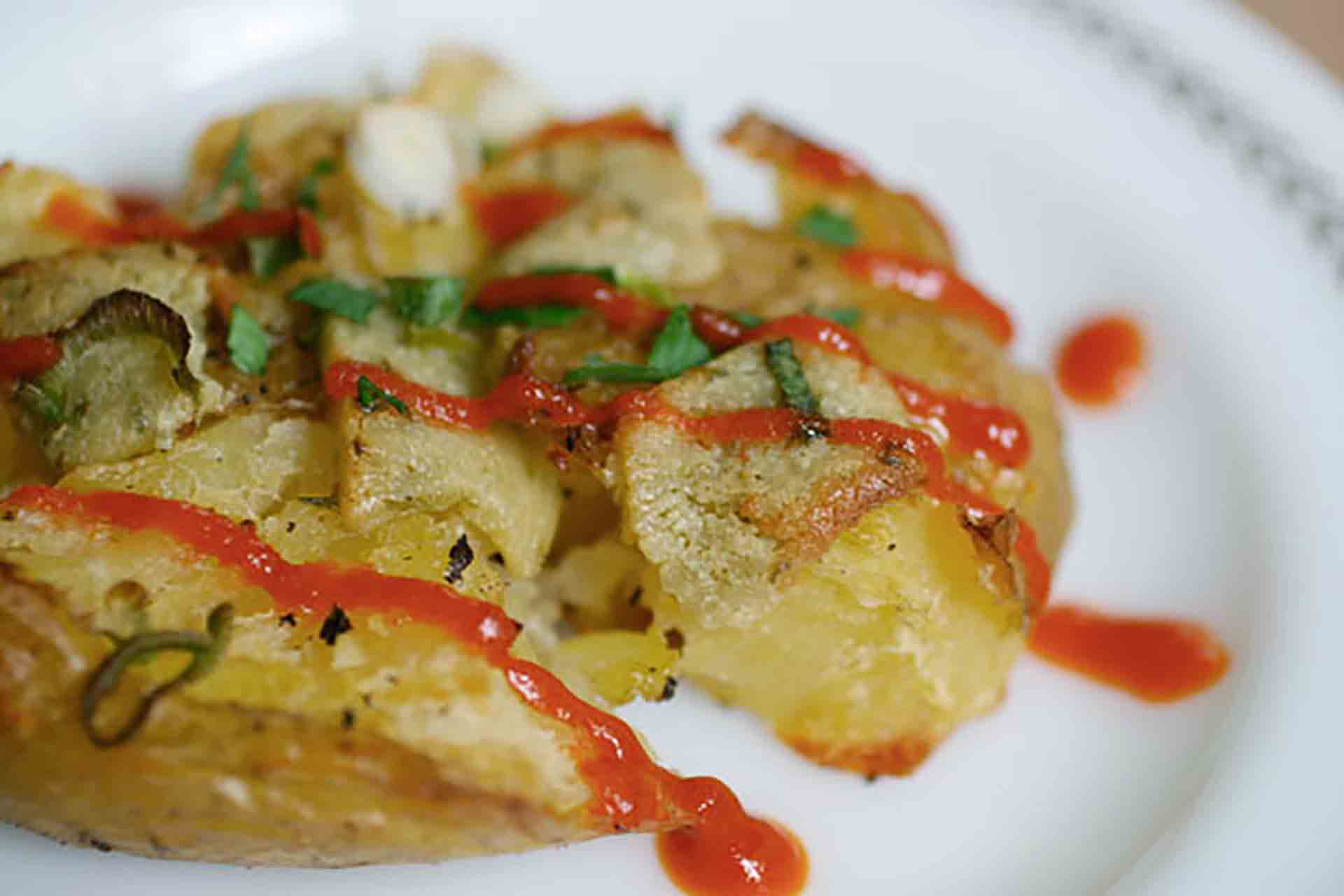 One thing to note, the Miyoko’s cheese I used didn’t melt or spread on the potatoes. Instead, it got crispy and was warm and gooey on the inside, which worked out well for this recipe.

If you’d rather have something more cheesy, top the potatoes with vegan cheese shreds of your choice. From cheddar-style to smoked gouda, there are plenty of options.

If you aren't a fan of vegan cheese, simply leave it off. The smashed potatoes are just as good without it.

Did you make this recipe?

This recipe is crackly crisp on the outside, creamy goodness on the inside, and topped with cheese. What could be better?

Did you make it? Let me know how it went in the comments! 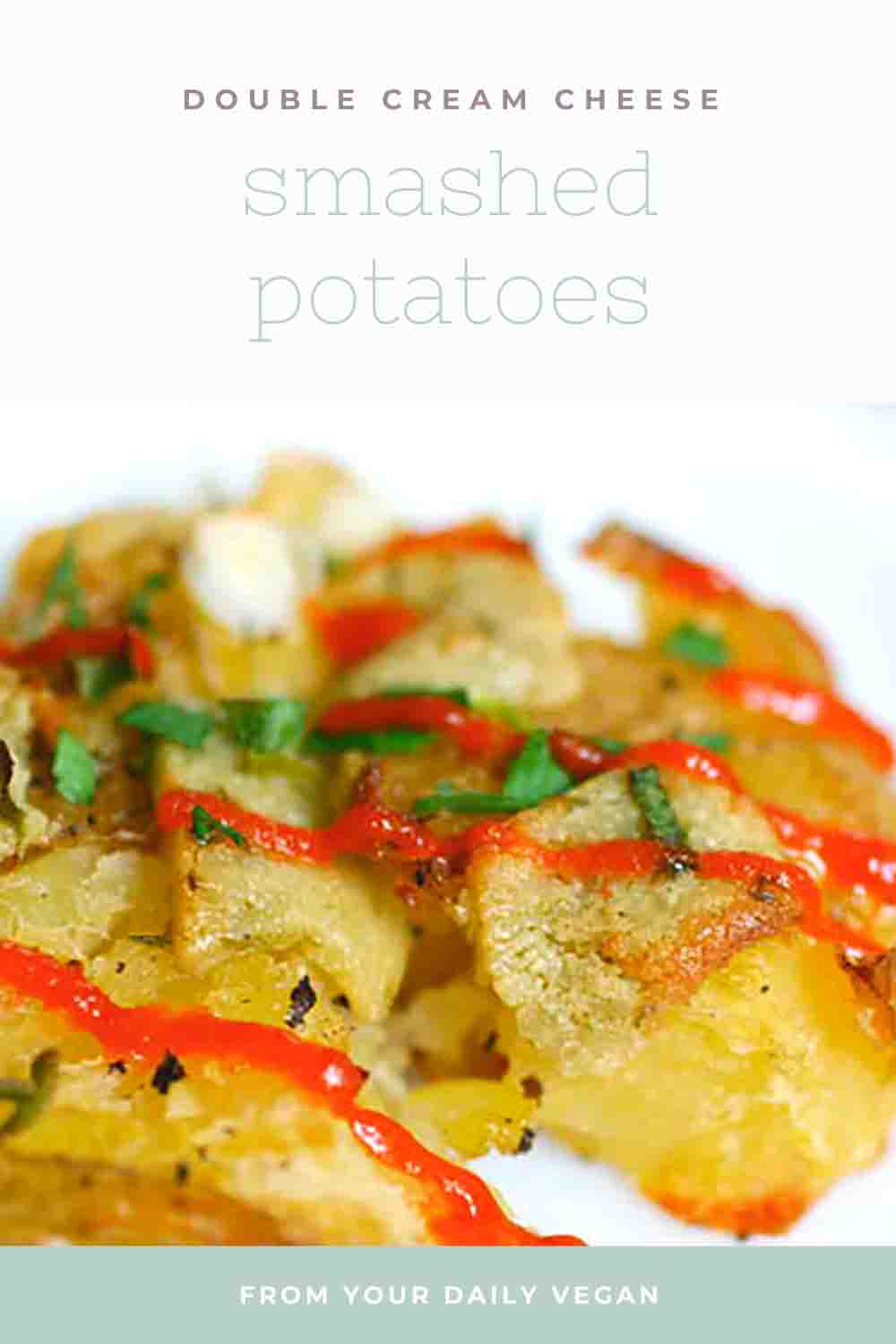