Chrissie Hydne used to have a vegan restaurant in Akron called The VegiTerrean. It’s no longer around because she closed the doors in 2011.

It’s a shame too; it was a great place with great staff that served great food. I miss it.

They used to serve a dish that had piles of pillowy gnocchi, arugula, and roasted red peppers swimming in a big bowl of astoundingly delicious cashew cream. It was so rich and dense that I only ordered it on special occasions. There was no warning that VegiTerrean was closing, so I never had the chance to grab a bowl before the doors were shut for good.

I wish I had a big bowl of it right now. 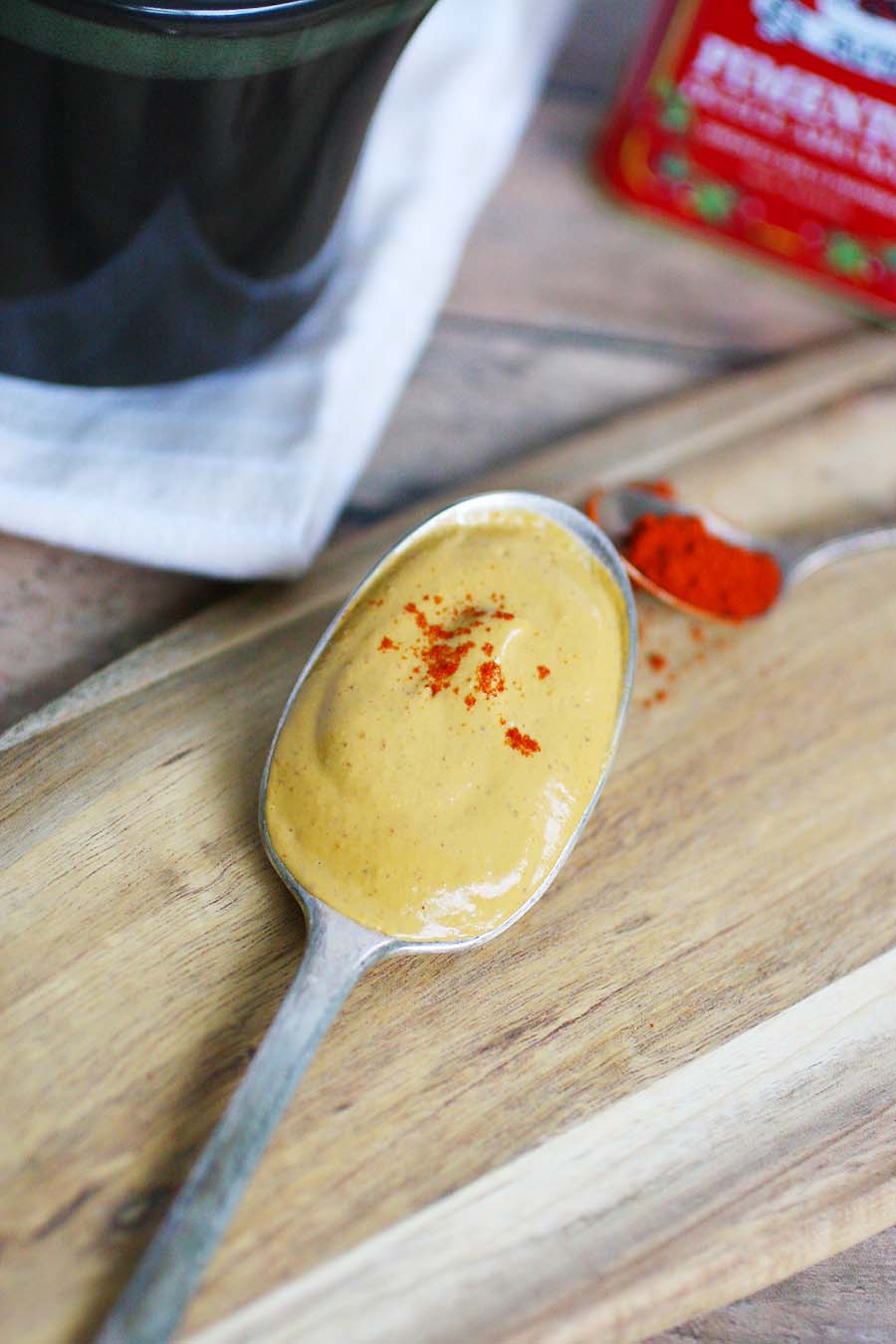 My Love Affair with Cashews

Over the years, I’ve made (and loved) a lot of dishes with cashews.

They make excellent base for a creamy cashew cheese, or a cheesy base for kale chips, a maple cake filling, or a tart citrus cake, or even sweet chocolate cashew truffles. In all the different ways I’ve ever used cashews, I’ve never tried making a cashew cream sauce before.

Oh sure, I’ve eaten it at fancy-pants restaurants before and loved it. But preparing one myself in the convenience of my own home and for a fraction of the price? Nope, never.

That is, until last week. 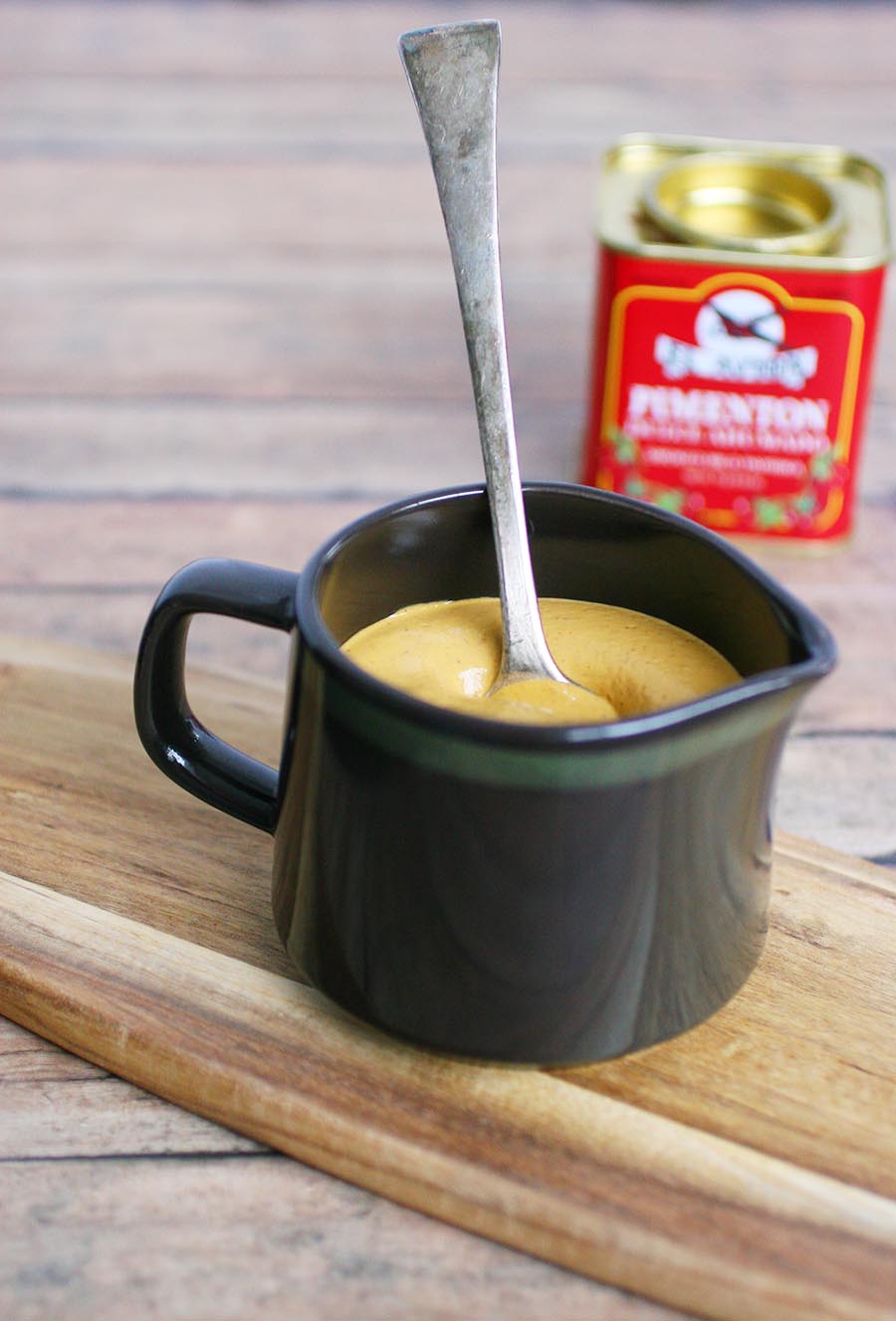 Last week I made the most delicious, spicy, warm, smoky cashew cream sauce.

I had leftover cashews from making a batch of cheesy chili sriracha kale chips earlier in the week (Did you make them? They were so, so good.) and needed to find some way to use them up, so I made a sauce.

Having never made a cashew cream sauce before, I decided to use a tried and true flavor combo that I was reasonably sure would be tasty in a cream sauce: smoked paprika and garlic.

The poblano pepper is the perfect accompaniment to the smoked paprika and garlic. It’s another delicious layer of complex flavor. Garlic goes good in anything, especially when it’s freshly minced. I add it to nearly everything I cook.

And I love what adding smoked paprika can do for a dish. It adds not only a layer of depth to the flavor, but it adds a beautiful color as well. It turned a white-colored cashew cream into a lovely dusky orange smoky cashew cream. 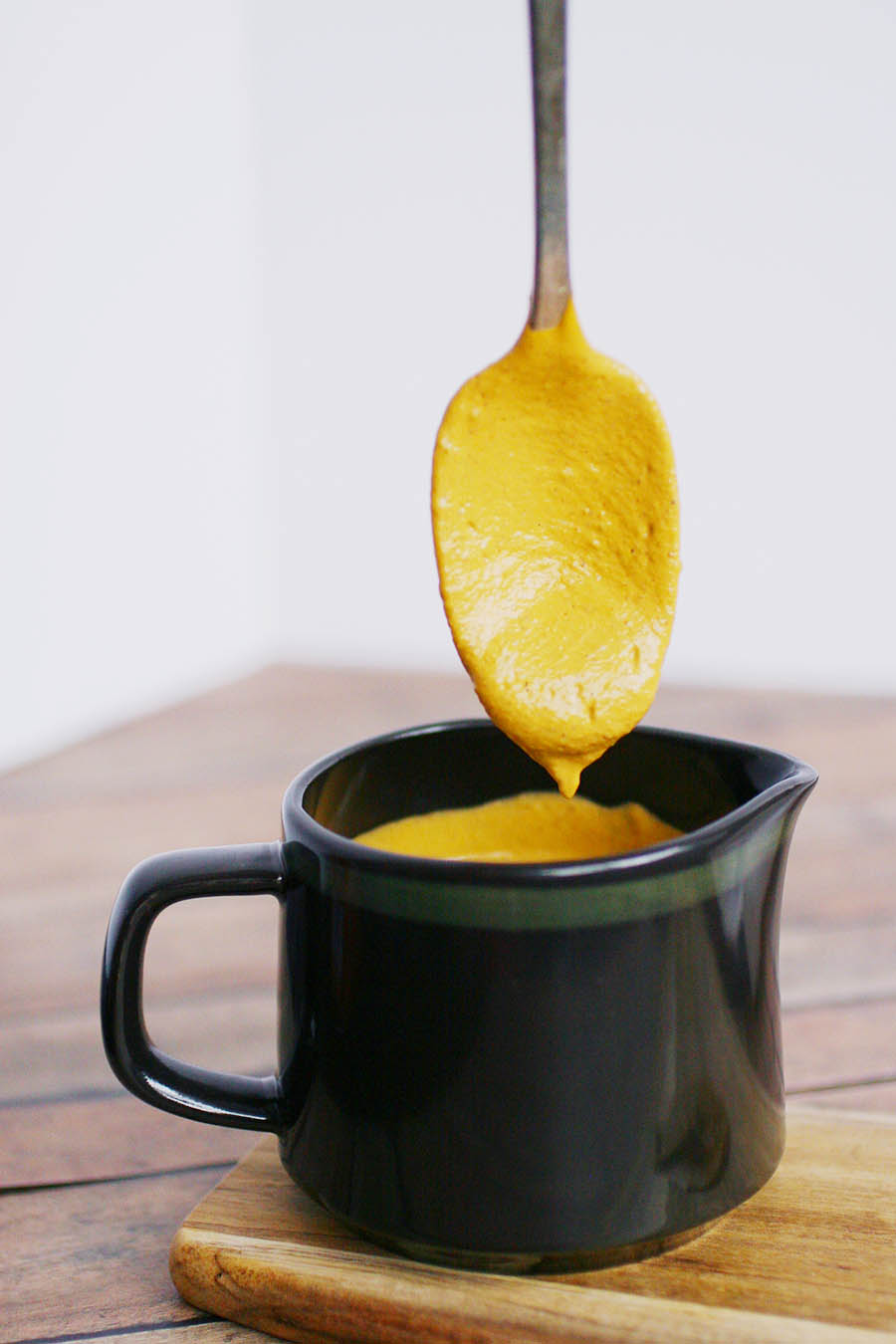 A Few Notes About This Smoky Cashew Cream Sauce

This cashew cream comes together in mere minutes. The longest part of the process is letting the cashews soak. This sauce can take an everyday dinner and turn it into something everyone will ask you for over and over again.

I served my cashew cream sauce with a feast of soy-glazed tempeh, steamed broccolini, and quinoa with roasted red cabbage. I put it over the tempeh but also smeared it all over the broccolini.

Cashew cream would make a tasty sauce to top roasted vegetables or pan-seared tofu. You could also use it as a creamy Alfredo-style sauce for pasta a la the dish I had so long ago at The VegiTerrean.

There are so many possibilities.

If you don’t care for smoked paprika, you could use different spices that more suit your palate. For instance, garlic, lemon, and dill would make a great vegan Tzatziki. Or, go with a simple combo of garlic, salt, and pepper. Maybe you want to spice it up with oregano, basil, and a bit of thyme. Add sriracha or cayenne pepper for a spicier sauce.

There are endless combinations to try.

The base of the cashew cream is cashews, garlic, salt, and pepper. You can switch up the rest of the spices to suit your own taste. If you want a less spicy sauce, leave out the Sriracha completely. If you would like a spicier sauce, add 1/4 teaspoon of cayenne pepper.