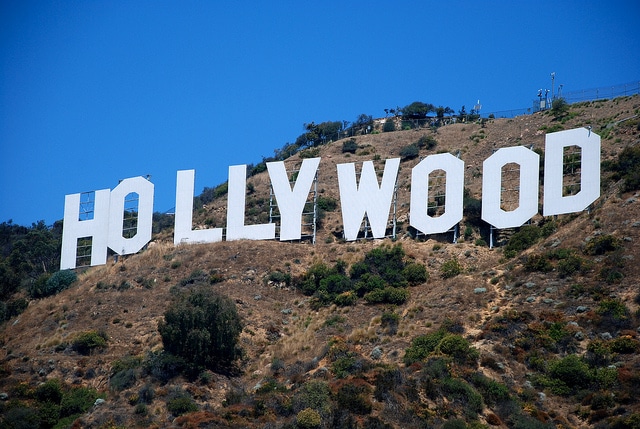 Music, movies and television have always been big parts of my life. I like to be inspired, entertained, moved, and sometimes just distracted from the day-to-day. But even the hours I while away in these mediums are tinged with thoughts of vegan cuisine, cruelty-free clothing and cosmetics, and animal rights.

I’ve just purchased tickets to see comic-singer Stephen Lynch in concert next month, and I’ve heard a rumor. “Is Stephen Lynch vegan?” I type into Google search, first curious, then intent on finding the answer. The same line about “newly-found vegan lifestyle” comes up repeatedly, and I still can’t tell if it’s true or just a tongue-in-cheek comment on the song “No Meat” on his new album.

This isn’t the first alleged vegan celebrity I have spent my time pondering. Just this weekend I let my mother know that Joaquin Phoenix, Anne Hathaway and Jessica Chastain had nothing to eat at the Golden Globes, but will be eating vegan meals at the SAG Awards. She nodded politely as her eyes glazed over. I’ve sat at Vegetarian Summerfest plenaries keeping track of how many times the name Bill Clinton was name dropped one year, only to discover Mike Tyson’s name more frequented the next year. I’ve watched Once Upon A Time each week with overall success at forgetting that Ginnifer Goodwin not only eschewed her once vegan lifestyle, but made fun of it on a late night talk show (though when the thought does bubble up, it leaves me feeling a bit miffed).  I’ve found myself disappointed to hear that Ellen DeGeneres was “getting eggs” (for whatever reason) from her neighbor’s backyard hens just like many other non-celebrity vegans.

Why does any of this matter? And should it? The thing is, celebrity sells… it always has. From the glamour days of old Hollywood to the paparazzi-laden premieres of today, they’re a group of people with clout. So when one of them goes vegan, people hear about it. Ethical vegan? Hey, look – it’s got a chance of becoming “mainstream”! Maybe one of them can be a spokesperson for a cruelty-free company instead of, say, Cover Girl, but I digress.

Having “power” vegans among us is a double-edged sword. “Oh, of course Natalie Portman can be vegan,” your omnivore friend might say. “She can afford a personal chef to make all of those foods for her!” Or maybe someone points out that show that Oprah did on veganism with Lisa Ling visiting Cargill. “Lisa still eats meat and Michael Pollan says

[the animals] live a good life with one bad day, so I’m not going to stop.”

For good or for bad, celebrities are on a platform (some might say pedestal), and what they say and do carries weight. It doesn’t make their choices or opinions any more (or less) important than yours or mine, but when they make or state one, you can bet people will hear it. In some cases, it hurts our movement. In others, it helps. The fact that there are more vegans in Hollywood these days is just a representation of what’s happening everywhere else – our numbers are growing. Whether that’s due to Ne-Yo’s New Year’s resolution or Mary Smith, your neighbor down the street, if any of these new vegans stays vegan, then it’s a victory.