Caution: Veganism Neither Natural Nor Normal. Do You Care? 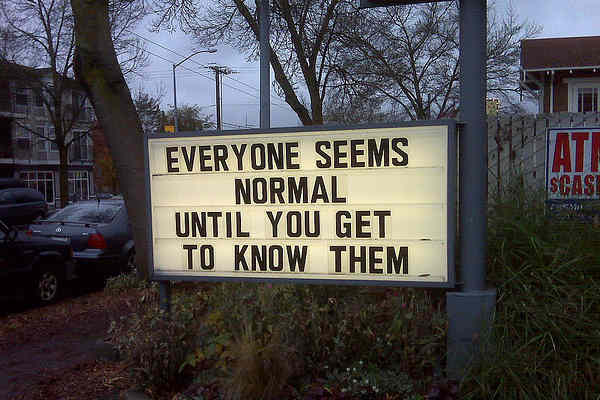 Anyone else have a Google Alert set up for “veganism”? It’s interesting to see what shows up each morning in my inbox.

Recently, “Commentary: The dark side of veganism” was there among the listed blog posts and news articles. I understand what a commentary is; YDV publishes quite a few of our own. But what I don’t understand, even from an industry site such as Drovers CattleNetwork, is the following:

In the end, choosing veganism is akin to choosing celibacy, in three important ways.

First, it is a highly personal decision, one that cannot by any stretch of logic be considered prescriptive for society at large.

Second, although there is merit to both choices, neither can be sold to any but a tiny minority of people, no matter how vigorously its advocates proselytize the rest of us.

And third, the basis for both concepts runs directly counter to the most profound biological imperatives affecting every species on this earth. Only people willing to voluntarily eschew reproduction, or those who consciously try to separate themselves from the very ecosystem that sustains us, could embrace either celibacy or veganism.

Neither choice is natural or normal.

There’s a lot to digest there. The first and second points, well, those arguments have been made and argued plenty between the two opposing sides of the animal rights movement. (You know, those of us who think animals have a right to live without being commodities and those who disagree.)

That third point, though, really stood out to me. Neither veganism nor celibacy is natural or normal. It’s a loaded statement, isn’t it? “Who are you to call me abnormal?” “Who wants to be normal/what’s wrong with not being normal, anyway?” “Biological imperative does not mean raising and killing animals in deplorable conditions. Nor does it mean eating a Big Mac every day.” “How in the hell are you going to try to pretend anything about the meat industry is natural? Is it natural for a human to drink another species’ milk into adulthood?”

The bottom line, for me, is that commentaries such as this one should be read by those of us who don’t agree. Reading the opposing view can help us to clearly state our case when the situation calls for it, but in instances like this one, it can also prove that the opposing platform is really scraping for arguments at this point in the game.

Here’s to the “abnormal,” fighting the good fight each and every day.