The Movie Noah: Animals are Innocent; Humans Not So Much 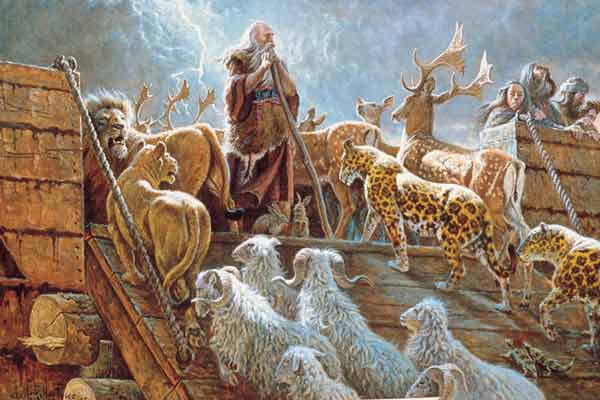 I went to see Noah last weekend. I hadn’t read much about it, and, though I’m hardly religious, I have a basic recollection of the flood story.

It seems that there is much conflict about the film in Christian circles. Some take offense with the historical accuracy of the movie. I’m of the belief that the Bible isn’t a literal piece of work, so let’s not split hairs about accuracy here, okay?

What I did find interesting was the fact that Noah was building this ark to protect the innocent: animals. Humans were the ones who were evil, guilty of sin, screwing things up on a beautiful planet that “the creator” had given them. And we’re talking ten generations after Adam & Eve, here! In fact, this film incarnation of Noah struggled very much with allowing the human race to continue at all. I can’t say I blame him. We have and continue to do a grand job of ruining everything. If this was some “second chance,” we’ve kind of blown it, no?

I came home and did a little research. What d’ya know? Director Darren Aronofsky is vegan. No wonder I picked up on the animal rights message in this film. Also of note: no animals were used in the making of this film. Yep – every bird, reptile, and mammal you see, two by two, is CGI. And the film premiere? It was vegan.

Four and a half years into my vegan journey, it is nearly impossible not to look at everything through the vegan lens. Things that don’t resonate with a non-vegan might have me thinking about them weeks later. I find it fascinating when a piece of art pings my vegan radar so hard and for the right reasons.