What My Dad Taught Me About Being Vegan 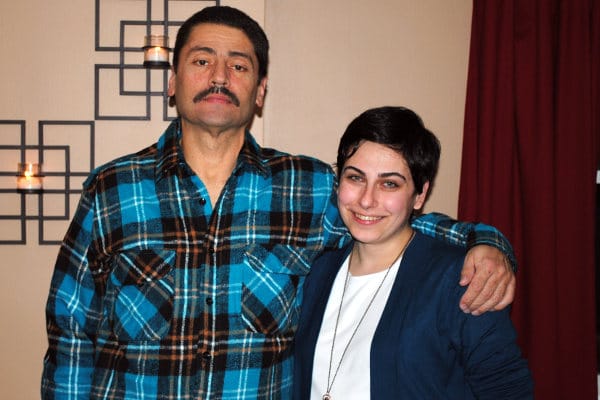 My dad died one year ago today.

It’s hard to wrap one’s head around just how quickly time passes. There’s some weird paradox involved – has it really been a year already since my family changed? Wait a second – it seems like forever ago that I stood in that hospital room and watched the monitors. That morning went very slowly… yet at the same time, it passed in a blink of the eye.

Nothing and everything changes, faster than we think. It’s the same with veganism. I’m going on five years as a vegan. It’s a reflex; I don’t think about reading labels or seeing the world through an ethical vegan lens – I just do. I think sometimes about how slowly the world is awakening to the problems in our industrialized food system, but then it seems we’re moving quickly towards a world where we can easily access alternatives. Perspective shifts from day to day, moment to moment.

My dad died before he made it to age sixty. He never made it off the East Coast. And yet, he made a huge impact on me, demonstrating how blood and family aren’t always synonymous, and showing compassion for others in moments where all I had was anger towards them.

These are lessons I try to keep in mind whenever I feel I’m not doing enough. I want to change the world, but it’s hard to fit grand gestures in with day-to-day responsibilities. I’d like nothing more than to “write the fight,” so to speak, but that doesn’t pay the bills. I’m self-aware enough to know that I am not cut out for public speaking, and I surely don’t have the patience and strength to run a farm sanctuary. I have a family to take care of now – I never expected this as a single woman, but here we are.

My dad taught me that you take care of family, and that is why I am here now, writing from the office I share with my mother while our dog, Millie, snoozes on the couch. You see, my dad is not my biological father; my father never took responsibility for me in any way. My father was my age when I was born: old enough to know better, old enough to man up. My dad, on the other hand, was a decade younger, and had no responsibility to some other man’s baby. But he raised and supported me anyway. And that one choice has my respect forever.

Life pulls some difficult punches, and you roll with them when you can. I can’t say that helping support my parents while Dad was sick and then moving in with Mom when he was gone was easy, but I did it because it was the right thing to do. We learn from the actions of others, and we choose to follow or to go the other way.

I am vegan because it’s the right thing to do. Animals aren’t here for us to use, so why would I do so when I know there’s an alternative? Maya Angelou once said, “Once you know better, you do better.” It took me almost thirty years to know better about this point, but once I knew, I did better. And every day is a process.

I don’t always feel compassionate, or empathetic, or kind, or patient – least of all with myself. But I work on it. I consider the ways in which I can adapt to a world outside my paradigm. It can sometimes be hard to be authentic in a world that is against that concept, but it’s not impossible.

Some time in my late twenties, I really gravitated towards the desire to do as little harm as possible while I’m on this planet. Veganism is a great step in that direction. And so, today, I realize that how Dad treated me really did inform my being vegan. A man who himself never shared this particular philosophy with me had a huge influence on that aspect of my life anyway.

And it’s no surprise. After all, Maya Angelou? Not vegan. Martin Luther King, Jr.? Not vegan. There are plenty of brilliant, important people who cross our paths, directly or indirectly. We should take the opportunity to learn from them, to embrace the traits we admire in them, regardless of whether we agree on everything.