Everything You Need to Know About Bringing Home an Easter Bunny

Editor’s Note: This post was originally published in 2013 and has been remastered for added unapologetic, ethical vegan goodness. – KD

The Easter Bunny. Besides Santa Claus, he is perhaps the most well-known holiday character of all. Not only is he a prominent part of many childhoods, but he makes appearances in stuffed and chocolate forms in many Easter baskets each year.

Rabbits symbolize fertility – which is no surprise to anyone who has heard the phrase “breed like rabbits.” Some sources say that the Easter Bunny’s origins are German. History.com explains:

“German immigrants who settled in Pennsylvania… transported their tradition of an egg-laying hare called “Osterhase” or “Oschter Haws.” Their children made nests in which this creature could lay its colored eggs.

Those nests evolved into Easter baskets in the US, and their contents expanded to include candy, gifts, and chocolate bunnies along with the eggs. 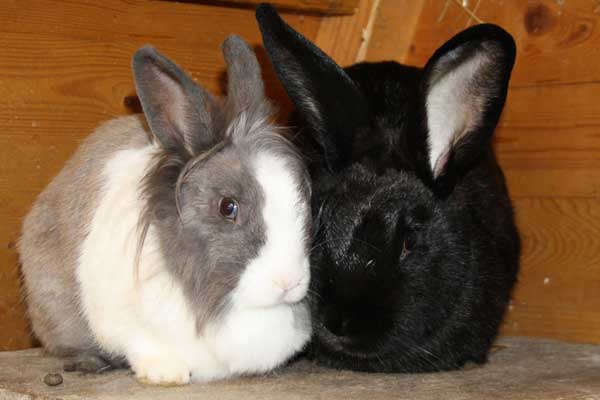 Well-intentioned parents may also bring a real, live Easter bunny home to excited children. While intentions are nice, it’s much more important to be well-educated on such a decision. (And to be clear, that goes for the puppies and kittens parents bring home for Christmas or other special occasions, too.) Companion animals are not toys; they are beings that need care and a safe space to live out their lives. Bringing an animal into your home means committing to that animal.

Rabbits don’t wean until aged 6-7 weeks, but in some cases, pet stores sell the rabbits up to a full month before they should be separated from their mother at eight weeks old.

According to the House Rabbit Society, a non-profit rabbit rescue whose mission is to rescue abandoned rabbits and educate the public and humane societies about rabbits:

The most likely potential disease to cause infant/weanling mortality is mucoid enteritis. Although it does occur occasionally in weanlings who have been fed by their mothers, it is seen much more often in hand-fed babies and those who are removed from their mothers before eight weeks of age. It manifests as severe diarrhea, anorectic behavior (refusal to eat) and may contain blood or mucous. It also causes bloating and gas.

Thousands of domestic rabbits are purchased each year for Easter. After cats and dogs, rabbits are the most prevalent animal you’ll find at a shelter. Learn how you can become an advocate for rabbits.

Many bunny buyers have no idea that caring for a rabbit is a ten-year commitment, including:

Contrary to popular belief, rabbits are not the “perfect” animal for small children, who are often too excitable for them. Rabbits like the ground and feel frightened when they are held and restrained, leading them to kick and scratch, which can cause injury to whoever is holding them. They also have fragile spines and if they are dropped, their backs could break.

FURTHER READING: Make Mine (Vegan) Chocolate this Easter: Rabbits Are Not Toys!

Caring for a rabbit can be a lot of work – just as much time, attention and care as a dog or cat, contrary to popular belief. When some people realize they are in over their heads, they will release their family pet into the wild – a dangerous choice, since domestic rabbits are not the same as their cousins and don’t fare well outside at all.

Because well-intentioned people make uninformed decisions, innocent rabbits pay the price. Some statistics say that 95% of “Easter bunnies” given as gifts don’t make it to age one. 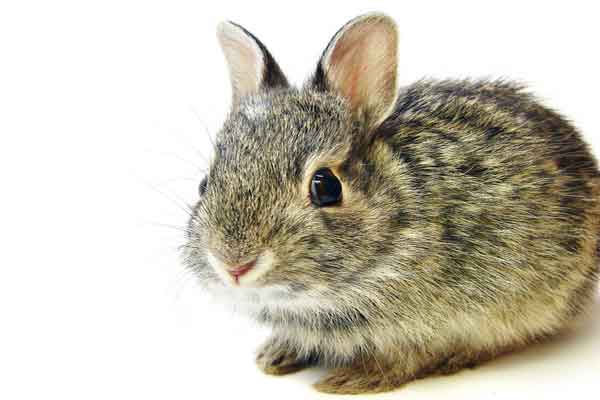 If you’ve done all the preliminary work and still want to rescue a rabbit, contact your local animal shelter or a rescue organization like Hug-a-Bunny Rabbit Rescue, the House Rabbit Network, or Rabbit Rescue.

Learn more valuable information about the lives of rabbits at rabbitron.com.