How This Athlete Thrives as a Vegan

Editor’s Note: For the past two weeks I’ve been featuring articles about vegan athletics written by Anne-Marie Campbell, Founder of Meat Free Athlete. With over 20 years experience, Anne-Marie knows a thing or two about how to thrive on a vegan diet. This week I thought you might enjoy knowing more about Campbell and how she incorporates veganism into her life and into her fitness. Here is her story of vegan evolution. – KD

For as long as I can remember, I’ve always loved sports and being active. There are many things that define who I am, but being an athlete is probably the characteristic that I’ve identified myself with since earliest in my life.

I have been a competitive athlete since I was 9 years old. It started with a newspaper ad promoting a local gymnastics club. I told my mom that I wanted to try gymnastics, and that was the beginning of my 8 years dedicated to the sport. I trained 3 times a week, for 3-4 hours, and competed in numerous tournaments. It was gymnastics that sparked my love for athletics and taught me the importance of commitment and setting goals.

During my time as a competitive gymnast, I was a huge hockey fan, and loved playing street hockey. When I was 16, I made the decision to ditch the spandex for skates and started playing hockey. Hockey was my first, true passion as an athlete. If I wasn’t playing a game with my team, or at practice, I was outside playing street hockey. I’d wake up, put my rollerblades on, and go straight outside to drag my hockey net out to the street. Even to this day, you’ll find me outside on my street, shooting on my net. It’s a happy place for me. I don’t think I’ll outgrow that… and I don’t want to!

Around this time, I started taking an interest in improving my performance, and what I could do to be better, faster, and have more energy. So, at 16, I ditched beef, pork, and lamb, and started cutting out fried and fast foods. I didn’t know anything about veganism at this time, or that it even existed, I just thought that cutting out those things would be healthier. This was before the age of social media and the awesome amounts of information available at our fingertips today!

A part of my decision to take my performance seriously, besides playing hockey, was that I was also on several teams in high school: ice hockey, field hockey, track and field, softball, and basketball.

Years later, in 2008, I discovered my love of martial arts when I started training in Tae Kwon Do. Initially, I was looking for something to do during my hockey off-season, but it ended up becoming my new passion. I absolutely love Tae Kwon Do; it eventually became the sport I put my full focus into and I stopped playing competitive hockey on a travel team. I still play hockey, but just recreationally, or pick-up. So far, I’ve been in eight Tae Kwon Do tournaments matches (8 wins – 0 losses).

I’ve also always thought of myself as an animal lover. My parents taught me to always adopt dogs at the shelter, and I always felt a deep love and respect for animals and nature. Sounds silly now, considering I wasn’t vegan back then, but that’s just how disconnected we can be! I was deeply concerned with the well-being of animals, and yet I was supporting the worst abuses by eating animal products. As crazy as it sounds, I never thought about where my food came from. I would order chicken, but I didn’t actually connect that word to the conscious thought that the chicken I was eating was an individual being, and I never asked myself what they endured to become a meal on my plate.

In late 2010 I started seeing posts on social media about factory farms, and the cruelty that unavoidably comes with it. Before seeing those posts, I never thought about where my food came from. I was truly disconnected. For the first time, I was seeing animal welfare issues that weren’t just about the cats and dogs we share our homes with. I didn’t want any part of it. This was the beginning of my personal journey towards living a vegan lifestyle. 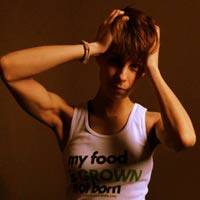 “My Food Is Grown Not Born”

I ordered some vegan literature online to be sent to my house, and when I received it, I read it before going to bed. The next morning, I decided I would try going vegetarian for a month. I’ll admit, the thought of going vegan at that time seemed overwhelming. Of course, I know now that it’s not, and actually it’s quite easy when you care, but as someone newly emerged into the world of veganism, it really can seem hard before you try it, because essentially, you will need to unlearn everything you’ve been programmed to think and do.

I started out by ditching chicken, turkey, and fish (I already cut out beef, pork, and lamb about 15 years earlier). I also stopped buying eggs and dairy products when I went shopping, so it wasn’t in my house. I was learning to read labels, and continued to research animal agriculture. While I was trying vegetarianism, I was eating mostly vegan already, but I find that my transition to full vegan came smoothly as I got better at reading food labels, understanding my food sources, and my eyes becoming fully open to the horrific use of animals in our society.

Next thing I knew, I had been vegan for a few months and hadn’t even noticed that the full switch had been made! It was just the way I became accustomed to eating. I became better at detecting animal ingredients in foods and knowing which questions to ask at restaurants.

Taking Compassion to the Next Level

I also embraced the vegan lifestyle as a whole by not purchasing leather, wool, or silk, not supporting zoos, animal circuses or shows, and participating in educational demos and protests. I also started the website MeatFreeAthlete.com as a result of my passion for sports, fitness, nutrition, and veganism. My goal is to show by example the advantages of vegan nutrition for athletes, and to show what a compassionate lifestyle looks like, helping guide others to either become vegan or stay vegan. 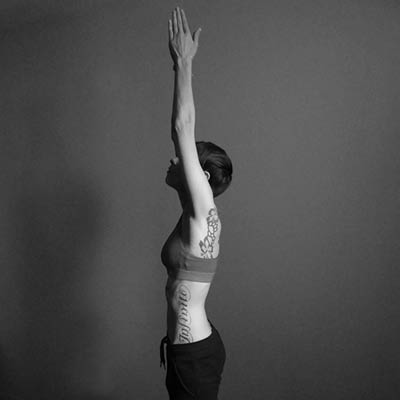 Currently, I’m in the process of training for my 2nd Degree Black belt test, fully vegan, and feeling the best I’ve ever felt! 20+ years of being a competitive athlete and it wasn’t until my 30s did I tap into my full potential! I also haven’t been sick in the four years since becoming vegan. I consider this a bonus to living a healthy, vegan lifestyle. Another improvement to my health is that my asthma symptoms have improved since ditching dairy.

I always searched for the perfect pre-activity meal that was going to give me tons of energy and let me push through the whole game, tournament, or training session and stay competitive. Before I was vegan, I never found it. I was able to compete at a high level, but I always hit the point where I was being held back by muscle fatigue, or just lack of energy. I never could understand it. I was athletic, strong, fit, and thought I was eating well. But there was always a wall I’d hit.

Now, as a vegan athlete, my energy has spiked and my muscle recovery has improved significantly. Just retaining my lean muscle is also easier than before. Our bodies truly thrive on plant-based whole foods. It has become clear that eating meat, dairy, and eggs is a very outdated way of thinking about health and performance.

I’m an ethical vegan, but as a competitive athlete, my health and performance is also important to me. Being vegan has not only improved my athletic performance and muscle recovery, but it feels really good to have my actions match my ethics. It’s truly a win-win situation, for you, the animals, and the planet. For my mind, body, and soul, going vegan is one of the best decisions I’ve ever made!

There are two more articles to come in this 5-part series on vegan athletics! I’ll continue to share nutritional information, tips, resources, and advice that you can apply in your own life to start performing your best and feeling great!

If you’ve missed my first two posts, check out How to Become a Vegan Athlete – 10 Tips to Get Started, and Vegan Athletes: Performance and the Protein Myth.

Do you have questions or a vegan story of your own? Let me know in the comments!