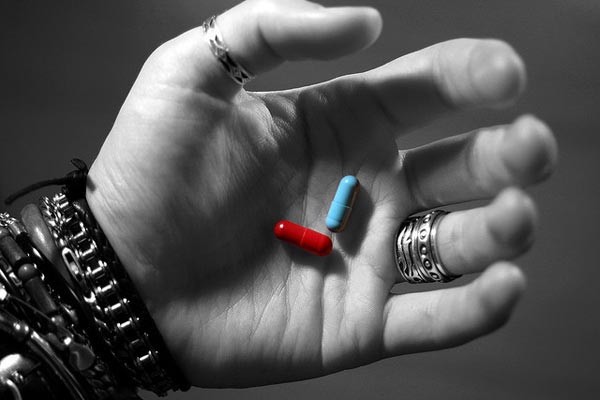 I’ve been vegan for three years now. That’s only about an eleventh of my life, but believe me when I tell you that it’s very hard to remember not being vegan.

Likening becoming vegan to taking the red pill in The Matrix is not a new concept, but hell if it isn’t accurate. You wake up, you see the food industry for what it really is, you see the shape the environment is in, and you want to shout from the rooftops. You want to share this information, because you know – you know – that everyone’s going to want to take the red pill along with you. Except they don’t. Some of them call you and your ilk pushy. Some of them compare you to evangelical Christians.

You wonder what you did wrong. It wasn’t like you wallpapered the office lunch room with PETA pamphlets (did you? Because lemme tell ya – might not be the best approach!). Here’s what you might have done, and why remembering what it’s like not to be vegan might help you out.

Someone asked or told you one of the following:

Your response: a roll of the eyes, a deep sigh, and a retort that started off “Actually…”

Listen, I get it. I really get it. I’ve been guilty of it! But vegans, please believe me when I say we have to stop rolling our eyes and condescending to these people. Unless you were lucky enough to be born and raised vegan, you were one of them, once!

So take a deep breath, and answer them. If they’re not asking because they want an answer, then don’t be baited, but please don’t give the impression that you think they’re stupid, ignorant meat-eaters, because I have news for you: that’s not going to get you, or the vegan movement, anywhere.

I know that I hate it when someone makes a sweeping generalization about vegans being “too hardcore” or “crazy” or “intolerant,” and I can’t imagine it’s different from the other side. We don’t need to apologize for our choices, but we do need to be patient with others. Unless someone’s being a complete jerk to you – dangling meat in your face, repeatedly mourning your “gross, tasteless” vegan meal at the shared dinner table, or other such actions – remember that they aren’t in the same place you are… yet. And they might get there with your help.

We all know that a man’s heart is through his stomach, so feed people! We also know that veganism means compassion, so be compassionate! I was told very recently by someone that they are much more receptive to a person who leads by example. So you know, follow what Gandhi and Jesus said and do unto others.

I won’t pretend that I have this all figured out; the advice I’ve given here is for me as much as it is for you. As a lifelong cynic who embraces pessimism with an iron grip, I know that it can be hard. But there’s something else that veganism is about, as podcaster Erin Red puts it: doing the best you can. If we do the best we can – for animals and for ourselves – this tipping point that we’ve been teetering on for the past few years is finally going to tip.