Have You Made The Same Mistake as Governor Christie? 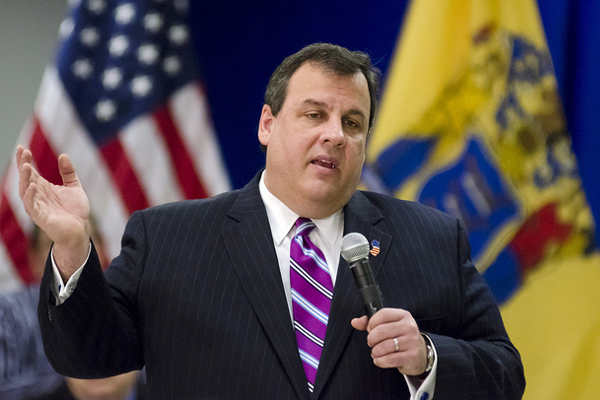 “That’s also another fun part of being governor. Any bugs on your desk you’re allowed to kill them and not get in trouble,” Christie said after the children burst into applause at his killing of the spider.

Yep, kids – it’s okay to commit a violent act, especially if you are in a position of power, because it’s fun and you won’t get into trouble. Sounds like very sound advice to me.

I don’t kill bugs if I find them in my house – or in the office. I am a fan of the “trap and release” way of removing them from a room – much to the amusement of my co-workers, who once watched me calmly trap a beetle of some sort under a coffee cup, take the elevator down to the first parking level, and release it.

This is not to say I am not guilty of killing bugs in the past. Before I was vegan, there were bugs that I squished or flushed. I am not proud. Once I knew better I did better.

But back to the kids and Gov. Christie. He killed a spider; they all cheered. Kids are impressionable. Their actions – and reactions – are greatly influenced by their environment and their elders. What a great opportunity it would have been, had the governor not killed the spider, to show kids that just because we’re bigger and more powerful, we don’t have to kill that which is so very unlike us.

Children are compassionate by nature, but they are indoctrinated into a system of violence and disconnect very early in their lives. It’s the same indoctrination that makes it common for a child to watch Finding Nemo while eating fish sticks, the same disconnect that makes it okay for us to eat a pig but be horrified at cruelty against dogs or the presence of horse meat in our beef supply. Come to think of it, it’s the same disconnect that allowed this group of kids to cheer the spider’s death even after (at least some of them) have seen or read Charlotte’s Web.

Insects get a bad rap – they invoke fear in many people. I get it.  Sadly, of all the animals on the planet, insects have less people who advocate on their behalf.  So what do we do?  As compassionate vegans, as compassionate human beings, we need to break the cycle. Set an example for others in your life – young and old alike. Know a child who thinks spiders are scary, or beetles are gross? Tell them a little bit about the insect and ease their feelings. Talk to them about it; answer their questions.  Educate them on how amazing and vital insects are to our very existence.

It’s possible that Gov. Christie killed the spider in his office without thinking first, but we must all be more mindful of our actions and their influence. Here’s to living mindfully for ourselves, for our children, and for the animals.