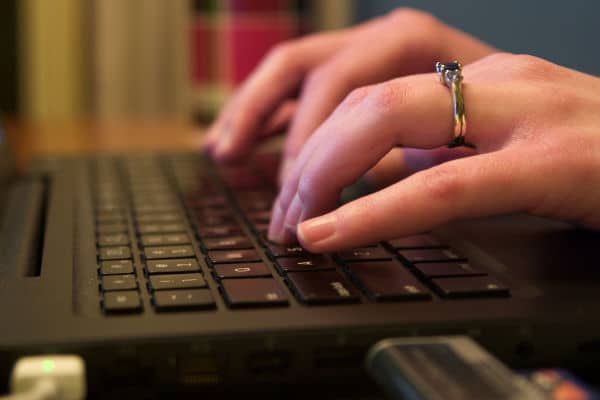 Admittedly, I am no master of this whole social media thing. Sure, I have a blog on my personal website, but I rarely use it. I have the obligatory Twitter and Facebook accounts.  I don’t do Instagram. I write here on YDV usually after KD puts a fire up my arse. Oh, and I have a LinkedIn, but I am still not convinced it is at all useful. My lack of interest in social media likely boils down to the fact that I over analyze EVERYTHING I write. I mean seriously, how hard is it to eff up a tweet? Yet, I can still be heard asking the husband, “Does this sound alright?” His reply, “It’s Twitter. It doesn’t matter.” But to me it does. Words matter. And apparently, so does having a presence on social media.

Last week, I delved into what was probably my first unexpected social media frenzy. (“Frenzy” is totally subjective here.) It went a bit like this:

July 8th: I received a Facebook message from a fellow vegan RD about some bullcrap article in the latest issue of the Journal of the Academy of Nutrition & Dietetics – an RD from the Dairy Council of California was talking smack about non-dairy milks. My copy of the issue was still on my kitchen table waiting to be thumbed through, so I appreciated the heads up from Molly. I made a mental note to set aside time to write a rebuttal to all the falsehoods.

The main part of the article that really evoked a WTF response read:

“Milk alternatives – soy, rice, and almond, among others – have grown in popularity among consumers looking to minimize dairy intake, says

[Mary Anne] Burkman, but anecdotal evidence indicates failure to thrive is increasing because of it. ‘Well-meaning parents are giving what they think is comparable to cow’s milk, but it’s very low in protein. Soy milk is not fortified with vitamin D, and affects bone health and strength. Parents don’t see that these aren’t comparable items. Consumers often don’t understand the nuances across various products.’ It is important that individuals carefully consider the positive and negative consequences of eliminating dairy from the diet — and whether benefits outweigh risks, especially in children — as well as the scientific evidence to back up any claims to support choosing such restrictions.”

July 10th: I finally read the entire article and was immediately prompted to call out the Academy and the Dairy Council on such shoddy information in a “science-based” journal. In ten minutes, I compiled a shareable collage of the article snippet, my brief rebuttal and a photo I snapped of my soy milk nutrition label. You can see by clicking here. There was no way for the AND and the Dairy Council to talk their way out of this one. With a few clicks of the mouse, my photo was on FB and Twitter (specifically tweeting at the Academy @eatright).

Another RD whom I admire, Andy Bellatti, reached out to ask if he could share it on the Dietitians for Professional Integrity (DFPI) Facebook page. Bellatti is a self-proclaimed “food politics wonk” and Strategic Director of DFPI, and of course, my answer to him was a resounding “Yes!” I have written about the work of the DFPI and am a supporter. The group is founded on the basis that the dietetic professionals want “greater financial transparency & ethical sponsors.” The Dairy Council is a sponsor of the Academy, so the original article in question is just one example of outright deception which leaves many of my fellow RDs angered and embarrassed. Mother Jones recently wrote an excellent article about the corporate sponsorship issue of the AND – check it out when you can.

July 11th: I woke up to a tweet from the Dairy Council of California –

Like I said previously, I will let y’all come to your own conclusions. I feel like some folks are scrambling for excuses because they were called out. Plus, the Council’s tweet also doesn’t address the whole ‘anecdotal evidence’ for failure to thrive (which Ms. Burkman discusses) nor her incorrect comment that soy milk is “very low” in protein.

It remains to be seen what type of formal correction will be made in the next issue of the Journal, but you can certainly count on me letting you know. What is clear to me from this little internet ruckus is that, again, words matter. Spew lies (especially in the name of science!) and you will rightfully get called out. Social media matters.

Thanks to the original post being shared, it reached thousands of people, caught the attention of the Dairy Council of California, and sparked an amazing amount of support and dialogue.

Maybe I will get the hang of this social media thing after all?