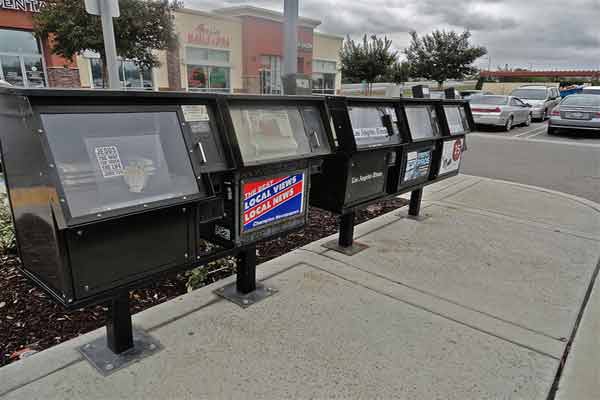 India use drones to protect rhinos from poachers. “Security officers conducted flights of the unmanned aircraft over the Kaziranga National Park on Monday and will fly drones at regular intervals to prevent rampant poaching in the park in the remote Indian state of Assam. The drones are equipped with cameras and will be monitored by security guards, who find it difficult to guard the whole 480-square kilometer (185-square mile) reserve.”

US rice imports ‘contain harmful levels of lead.’ “It is a particular risk for young children, who suffer significant developmental problems if exposed to elevated lead levels. Because rice is grown in heavily irrigated conditions, it is more susceptible than other staple crops to environmental pollutants in irrigation water.”

Monsanto Claims to Ditch Herbicide While Selling More of It. “Genetically modified seed giant Monsanto likes to trumpet its ‘commitment to sustainable agriculture.’ The story goes like this: by generating novel, high-tech crop varieties, Monsanto will wean farmers off of synthetic chemical poisons. The company even markets its flagship product, seeds genetically engineered to survive its own Roundup weed killer, as a tool they can use to to ‘decrease the overall use of herbicides.’ But as I’ve shown before, herbicide use has actually dramatically ramped up as the Roundup Ready technology conquers vast swaths of US farmland. That’s because weeds quickly developed resistance to it, forcing farmers to apply ever-larger doses and resort to older, more toxic herbicides to combat resistant weeds. And while the company has tried hard to leave behind its past as a purveyor of toxic chemicals and rebrand itself as a technology company, those toxic chemicals remain central to its growth and profitability, as its latest quarterly profit report shows.”