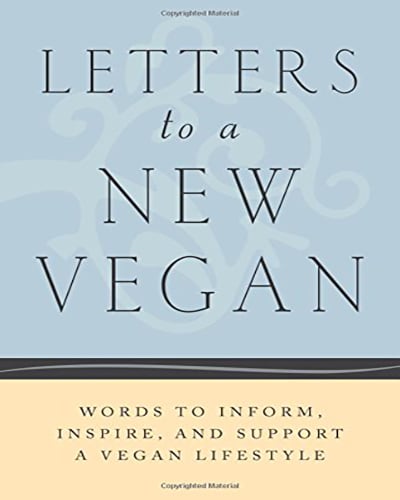 Letters to a New Vegan

Letters to a New Vegan consists of 32 humorous, evocative, and even tender epistles offering advice, counsel, and inspiration from longtime vegan activists.

Letters to a New Vegan

Letters to a New Vegan consists of 32 humorous, evocative, and even tender epistles offering advice, counsel, and inspiration from longtime vegan activists.

Letters to a New Vegan Overview

You’ve just started on your vegan journey, and you’re feeling isolated and wondering how to deal with friends and family.

Maybe you’ve been a vegan for so long that you’ve forgotten the original reason for making the change and want to feel renewed.

If these things sound familiar, then this book is written for you.

It’s a modest, pocket-sized companion for anyone interested in becoming vegan or staying vegan. Long-time vegans aren’t forgotten either. The book works to ignite, sustain, and refresh the passion and commitment of people who want to live more consciously and compassionately on the planet, with other people, and also with themselves.

Much like in the spirit of Rainer Maria Rilke’s Letters to a Young Poet and conceived of as a modern-day guide, Letters to a New Vegan consists of thirty-two different humorous, evocative, spirited, and even tender letters offering advice, counsel, and inspiration from activists and leaders who’ve followed the vegan path for many years.

It’s certainly not the last word on the subject; and it’s not the first, either. But it does the job, I think, of being honest about some of the difficulties of being a vegan in an overwhelmingly omnivorous society and offers some solace and inspiration to those who might be the only vegan they know. – Martin Rowe, Publisher

Lantern Books is the publisher of Letters to a New Vegan and many other vegan-centric books.

Sorry, there are no reviews for Letters to a New Vegan: Words to Inform, Inspire, and Support a Vegan Lifestyle right now.

Do you have a published review that should appear here? Contact me.