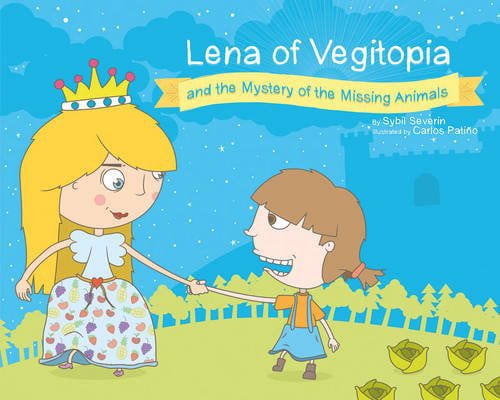 Lena of Vegitopia and the Mystery of the Missing Animals: A Vegan Fairy Tale

Lena of Vegitopia and the Mystery of the Missing Animals is a vegan-themed fairy tale about how one brave little girl stands up for the animal friends of her land and helps rescue them from being eaten. The book promotes messages of kindness, compassion, and action and shows that magical things can happen when you harness the power of veggies.

Sybil Severin is the author of Lena of Vegitopia.

“Animal Liberation is the most important book in the history of the animal protection movement.” —Wayne Pacelle, president and CEO of the Humane Society of the United States

“Forty years ago, Peter Singer sparked a revolution with his seminal publication, Animal Liberation. Nearly half a century later, the world’s eyes have been opened and the fight for animal rights has never been stronger.” —Nathan Runkle, founder and executive director of Mercy for Animals

“Few books can honestly be said to have launched a major social movement. Animal Liberation is one. Peter Singer’s work has changed millions and millions of lives, including mine. Much more importantly, though, Professor Singer’s book helped define and build the movement that is fundamentally shifting the way humans relate to our fellow animals and that will eventually end the barbaric treatment of billions of sentient individuals.” —Matt Ball, author of The Accidental Activist and senior adviser for VegFund

“A most important book that will change the way many of us look at animals and, ultimately, at ourselves.” — Chicago Tribune

“Singer’s documentation is unrhetorical and unemotional, his arguments tight and formidable, for he bases his case on neither personal nor religious nor highly abstract philosophical principles, but on moral positions most of us already accept.” — The New York Times Book Review

“Everyone ought to read Animal Liberation, and ponder deeply whether we do not need to change our view of the world and our responsibility toward its creatures.” —Richard Adams, author of Watership Down

“Peter Singer may be the most controversial philosopher alive; he is certainly among the most influential.” — The New Yorker