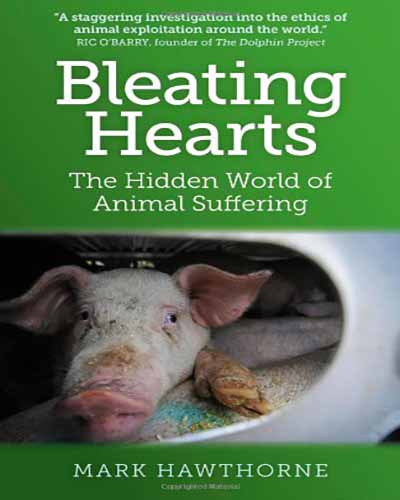 In his introduction, Peter Singer writes: “This book is about the tyranny of human over non-human animals. This tyranny has caused and today is still causing an amount of pain and suffering that can only be compared with that which resulted from centuries of tyranny by white humans over black humans.”

Since its original publication in 1975, this groundbreaking work has awakened millions of concerned men and women to the shocking abuse of animals everywhere — inspiring a worldwide movement to eliminate much of the cruel and unnecessary laboratory animal experimentation of years past.

An important and persuasive appeal to conscience, fairness, decency, and justice, Animal Liberation is essential reading for the supporter and the skeptic alike.

Mark Hawthorne is the author of two books on animal rights: Bleating Hearts: The Hidden World of Animal Suffering, which examines the many ways humans exploit nonhumans, and Striking at the Roots: A Practical Guide to Animal Activism, which empowers people around the world to get active for animals. He gave up eating meat after an encounter with one of India’s many cows in 1992 and became an ethical vegan a decade later.

“If there is a place in your heart for animals, this is an important book for you to read. But is also more than that. If you want to lift the veil of denial, so that you can make your life an effective statement of compassion, you’ll find this book to be nothing less than extraordinary.” – John Robbins, author of The Food Revolution and Diet For A New America and co-founder of the Food Revolution Network

“An important, timely addition to unmasking the myth of the ‘humane treatment’ of nonhuman animals. Hawthorne’s searing indictment is must reading for both those new to the animal rights movement and for seasoned animal rights activists.” – Tom Regan, author of The Case for Animal Rights and Empty Cages: Facing the Challenge of Animal Rights

“Bleating Hearts will fundamentally change the way you look not just at animals, but the world we share with them.” – James McWilliams, author of Just Food: Where Locavores Get It Wrong and How We Can Truly Eat Responsibly

“A staggering investigation into the ethics of animal exploitation around the world, Bleating Hearts pulls no punches as it examines the many ways humans use and abuse our fellow creatures. Hawthorne artfully travels to the darkest corners of animal suffering, bringing to light not only the disturbing truth about people’s mistreatment of nonhumans but what we can do about it. Eloquently written and thoroughly researched, this doesn’t just belong on every animal advocate’s bookshelf—it deserves to be discussed and shared. This is a brilliant, powerfully persuasive book that will inspire you to make a difference.” – Ric O’Barry, founder of The Dolphin Project